THEY call her the Wallpaper Wizard, but ‘lady builder’ and TV presenter Sian Astley seems undefeated by anything — from renovating flats and houses to creating highly personal interiors.

Now, she is teaching others how to tackle home renovation and interior design with a series of four-hour interactive workshops at her Manchester home.

The Airbnb Superhost, who presented Channel 5’s Half Built House and took part in BBC One’s Getting The Builders In, is now working on a new BBC property series for 2019 involving virtual reality architecture.

But sharing her knowledge to help others create their perfect home excites her.

‘I consider the unfinished project a blessing,’ she says. ‘I wanted to offer a new and affordable way for homeowners to get inspiration and accessible information without necessarily employing a designer or consultant. It doesn’t have to be big budget. It’s all about knowing where you can turn for advice, and having confidence in your decisions.’

During the sessions, clients are given advice and have their questions answered about the best way forward on their own projects. Sian even cooks them lunch.

Sian (pronounced Sy-an) is pretty inspirational herself. After taking a law degree at Manchester University, she found herself penniless and unable to afford further study in London or Chester. She was sick of living in rental accommodation, but saw no way of buying her own home. 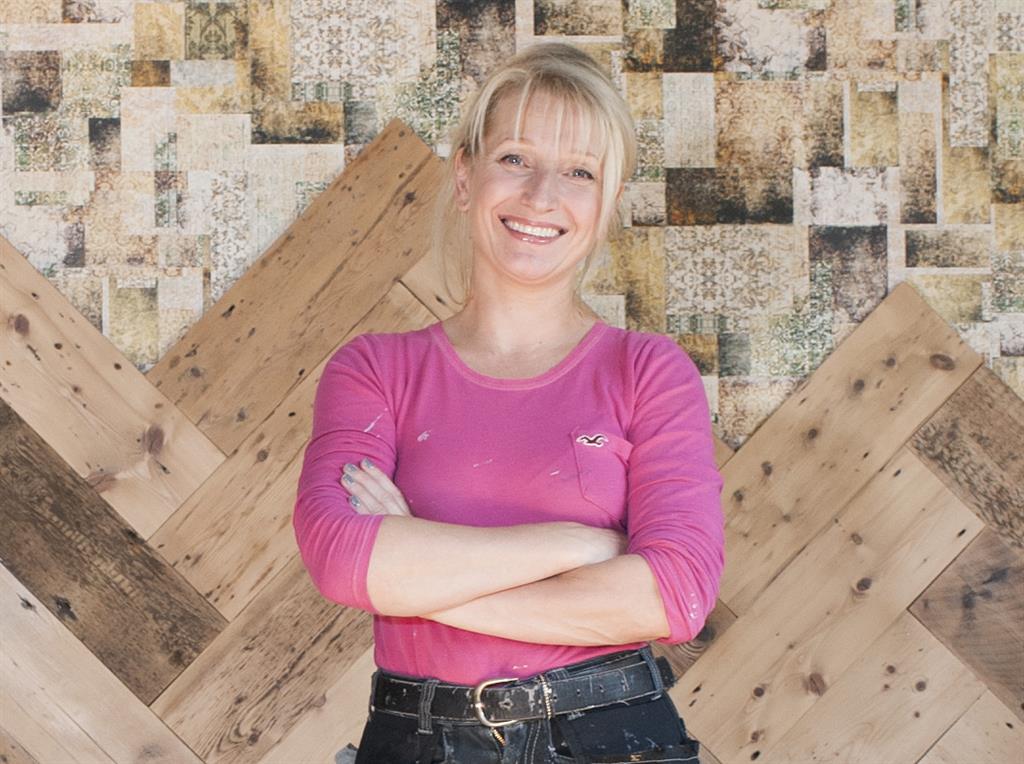 Then, in 1996, she walked past a building site of new flats and was told she could move in for £1, with a 100 per cent mortgage. At the same time, she gained a Prince’s Trust grant to start a building company, though she had little previous experience and no family background in the building industry. So, she launched what has become an enviable property portfolio called Moregeous. A decade ago, Sian suffered a severe car accident, which has left her with chronic pain, but even this has proved only a minor setback.

At her side is Martin Sykes, her partner of 16 years, who works with her on their portfolio of 17 rental properties, not to mention the ongoing project that is their home.

‘It’s about 75 per cent finished now,’ says Sian, as she shows me around the distinctive des res she bought in 2003, with the plan of renting it out.

The couple moved into it in 2006, but after the 2008 financial crash they decided to stay put and do it up. The property was a disjointed mix of an 1850s Georgian cottage and an early Edwardian, large red-brick villa, which had been tacked on the side.

Sian knocked down the Georgian cottage, saved the bricks and tiles and built a new extension and garage, before ripping the house apart, saving the coving and cornicing. She put in floorboards with underfloor heating, which she’d been told was ‘not possible.’

‘We lived here while it was all being done,’ she recalls. ‘For a year, we had no bathroom, hot water or even a shower. We used to go to my dad’s up the road.

‘The only real upside was that if Martin and I had a row, and he stormed out of the bedroom, he had to come back pretty quickly and apologise, because there was really nowhere else in the house he could go.’

Today, the house is a testament to Sian’s personal style, which blends the elegant, original features with the new — think lively, geometric wallpapers, even on some ceilings, vivid colours (greens, oranges, and gold), and in one room a large botanical print that’s the perfect backdrop for her many plants.

On her first TV appearance (in 2002, on Channel 4’s Property Ladder), she squabbled with presenter Sarah Beeny over the best way to renovate a home. ‘I wanted to knock through from the kitchen to the diner,’ she recalls, ‘which everyone does now, but she said losing a room would reduce the value. I’m all about personalising a home. She might have been right about appealing to the widest buying audience but I found the approach boring. I don’t do beige boxes.’ 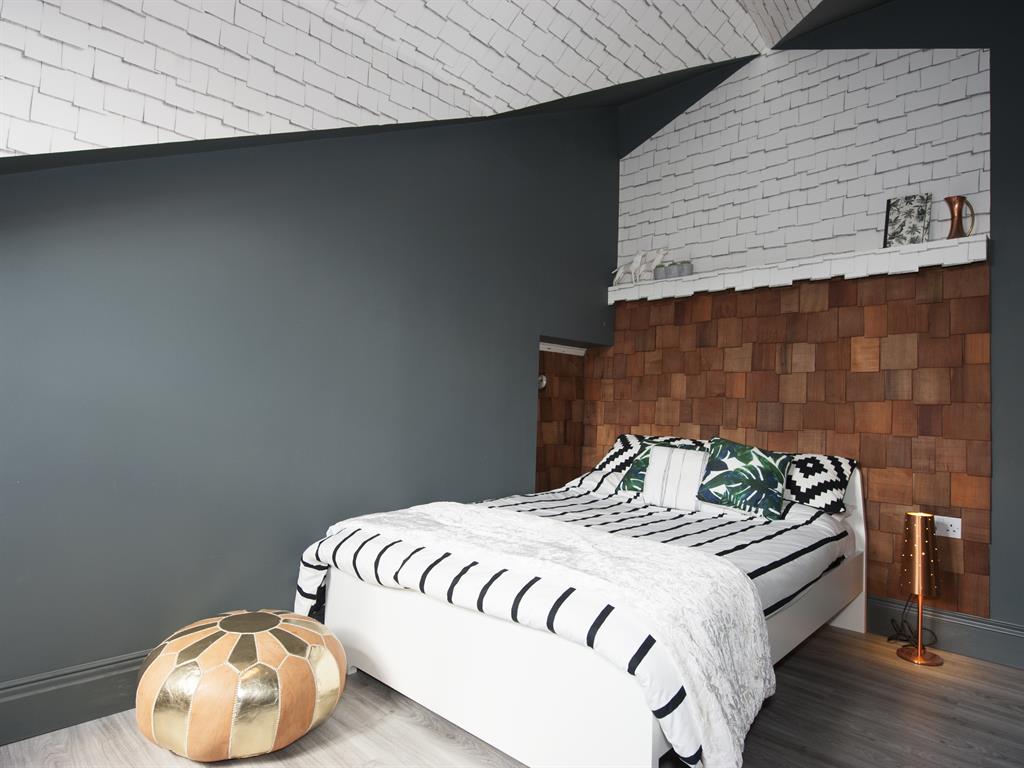 Today, she says, designers are more aware that it’s not all about the number of rooms, but rather the ‘liveability’ of a house. ‘It’s about how sexy the house is, and how you live in it,’ she says.

Sian has tackled most building and interior design jobs herself, so has little time for hobbies. ‘Sometimes it’s stressful, and sometimes it’s tiring,’ she says. ‘But I don’t have a set regime. I don’t do early mornings and I don’t go to the gym, I just love getting on with life.’

Martin, aka Mr Moregeous, is probably her perfect partner, being ‘hands-on and measured. He reins me in and I kick him up the bum,’ she says. ‘It seems to work.’

■ Don’t slavishly follow trends — take some time to explore and find your own style.

■ Paint pot testers are essential! Colours on walls change in the unique light of your own home.

■ Live in your property before you start — rushed major changes often lead to the dreaded renovators’ regret.

■ Online mood-boards via sites like Pinterest are useful, but keep editing your ‘house’ one. Look for repeated ideas and similar images — they will start to reflect your style.

■ Maintain focus. Have a physical mood-box with bits of wallpaper and paint swatches and cut-out images of things that make your heart sing. Keep returning to it and test samples of tiles and finishes with the contents. This way you know your choices all work together.

■ Be brave. Contemporary interiors are all about individuality and personal choice — make your home your own.

■ Seek advice online and on YouTube, but also ask friends or colleagues who’ve renovated for their tips, or dos and don’ts. Maybe pay an expert or builder for a day of their time: their advice is often invaluable.

■ Get canny and start charity shop or auction house buying — the furniture might be old but it’s often solid, well-made and cheap. You might invest in the velvet sofa of your dreams, but save money on timber furniture (like my £30 dining room table!), which can be bought for a song and rejuvenated.