ON the surface, four-part political drama Chimerica — adapted for TV by Lucy Kirkwood from her own play — is about the fate of ‘Tank Man’, the lone protester who defied the Chinese military in Tiananmen Square in 1989.

But, as the action rolls on, it’s really about whatever happened to truth in the blurred lines age of fake news.

Told through the jaundiced eyes of news photographer Lee Berger (Alessandro Nivola), who as a young man made his career on the back of his shot of Tank Man, Chimerica explores the fraying boundaries of fact and fiction as Lee tries to recapture his battered reputation by finding the man who made his name.

So you feel the burn of irony when Lee gets called out for manipulating his own work in order to bag fresh front pages.

Kirkwood’s key update to her play is to merge Tank Man’s story with the rise of Donald Trump to the US presidency.

Teasing us with a 1989 news clip of the moment an alarmingly young looking Trump tells an interviewer ‘I doubt I’ll ever be involved beyond what I do right now’, the message that truth-faking is nothing new is loud and clear. The Tank Man images mean nothing to young Chinese: they never saw them.

Though the extent to which Chimerica is in thrall to the dusty glamour of war zone reporting takes a little swallowing — Kirkwood clearly has The Year Of Living Dangerously on player repeat — the sense that we are all searching for our own moment in history is a powerful magnet. Don’t we all want to be the centre of our own universe? 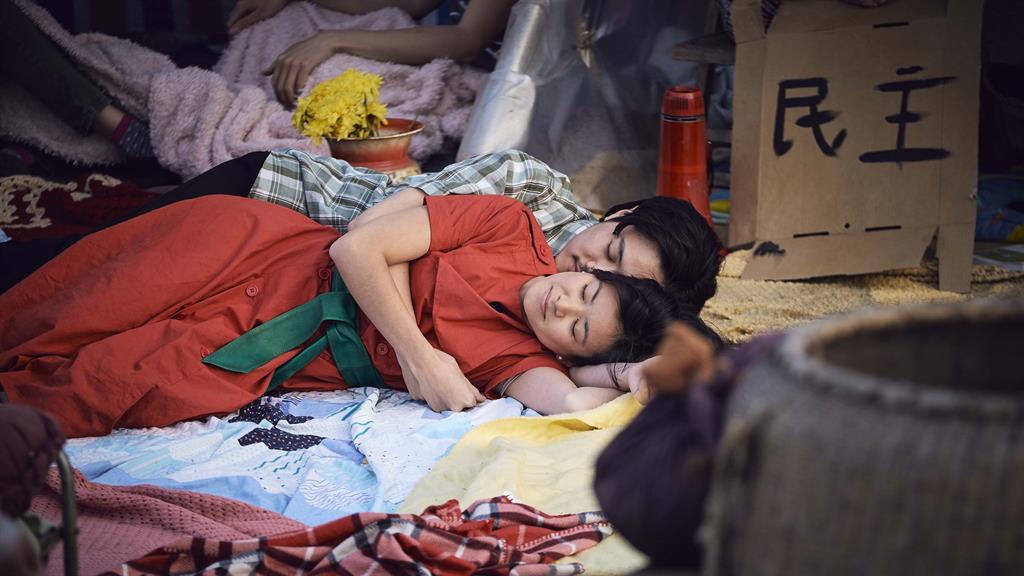 At its beat-up heart, Chimerica is a sprawling, unwieldy and ambitious take on a sprawling and unwieldy subject.

And sometimes the thread of the argument gets snagged on the messy hooks of the personal lives of its key players. But it’s a bold attempt to get to the heart of an issue that’s got dizzy with its own spin: how do we know who is telling us the truth?