JAMES CONSTANTINOU, 51, is best known for his pawn empire — his company Prestige Pawnbrokers is the subject of Channel 4’s Posh Pawn documentary series.

But James isn’t just a pawn baron; he’s had an extensive background in property development and has plans for his current home, a five-bedroom detached house he’s renting in Weybridge. The owner wants to sell and James is thinking of buying, knocking it down and building something new in its place.

‘I’ve wanted a swimming pool from the age of 12, and at 51 I’ve never had one. So I’d build a place with an indoor swimming pool and there’s enough room here to do it.’

James has been renting for several years, as he considered it a bad time to buy.

‘If I’d bought in south-west London over the last five years, I’d have lost half a million quid,’ he says. ‘The £1.5million plus bracket has been really affected. The Russians and Chinese aren’t buying locally like they were.’

But now he’s considering buying a plot and building his own home. ‘Prices are coming down. You couldn’t buy a decent plot in this area for less than £5million three or four years ago. Now you can get one for £2million. So maybe now would be a good time.’

James got into the property business in his early 30s. His first venture was buying a flat at auction for £32,000, doing it up, then putting it back on the market six months later for £130,000. ‘I did quite well out of it, I turned them over quickly and I built up a rental portfolio,’ says James. 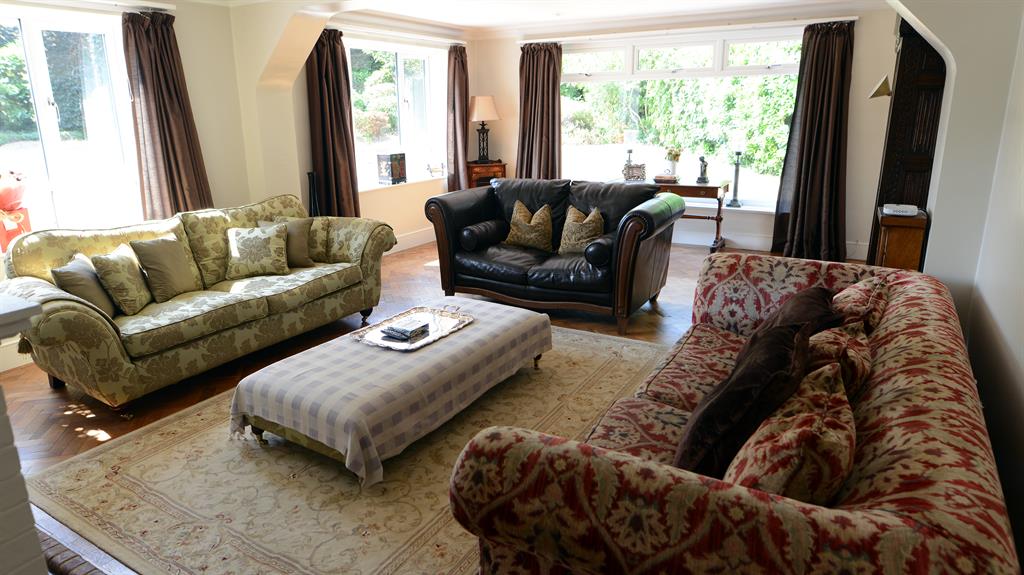 ‘But it’s more difficult now — everyone is doing it. If a retired couple can do a house up as a hobby and earn £15,000, they will. There’s not much in it at that end of the market anymore but you could make a lot of money in the 1990s.’

From there, James started building new houses, and he still develops a couple of properties each year.

‘Per sq ft-refurbs take longer and are more expensive than new builds,’ says James. ‘New builds are easier and are more rewarding, if you have a passion for it. It’s very gratifying to see something you’ve created come out of the ground.’ 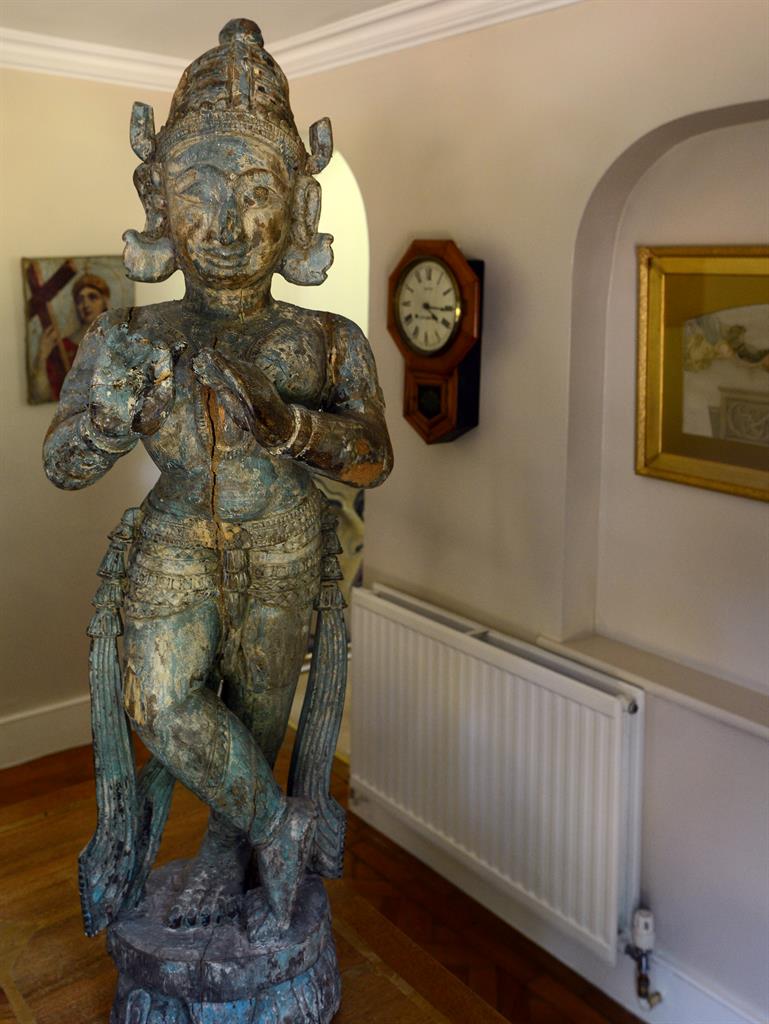 Despite that, one of James’s favourite projects was refurbishing an Edwardian house.

‘It was painstaking work and very expensive. It had modern features such as special lighting and air-conditioning, but we also rebuilt the banisters. It was all done by hand, and we put in a period kitchen with slate tops and a big sink,’ he says.

‘But you realise why people might prefer modern over period. With polished and waxed original floorboards, every four days your floor will be covered with a film of dust.’

Interestingly the objects James are fondest of have little financial value.

‘These aren’t worth anything, I just like them,’ says James picking up a couple of baskets from India. Before going into property James used to visit India and import items from Mumbai.There’s a 130-year-old wooden sculpture in the dining room, alongside framed 19th-century deeds from the first properties he renovated.

Despite his job, James admits to getting attached to certain objects. ‘I do,’ he says. ‘I’ve got a lot of old junk.’

But he can resist temptation, too. ‘Things catch my eye, they don’t have to be valuable, they can be anything. But I’m good at saying no. If I wasn’t, I’d need a house ten times this size.’

Despite being surrounded by high- end jewellery and sports cars at work, his favourite possession at home is a picture of a vase of sunflowers. 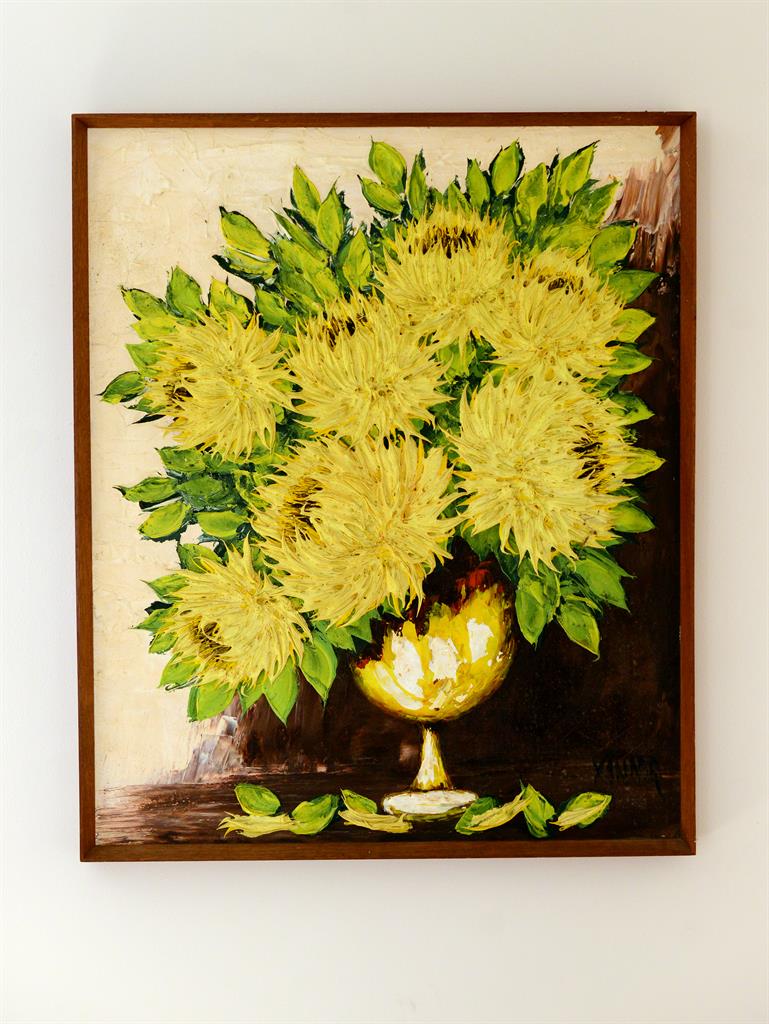 ‘This belonged to my grandmother,’ says James. ‘I was with her when she bought it at the railings at Hyde Park in the 1970s. She had it in her flat for years. When she passed away my mum said she was going to throw it out.

‘I said “Don’t do that,” I’ll have it.’ Some people will think it’s horrible but I always loved it as a kid. The flowers are three-dimensional. I remember it being very vibrant. Out of all the stuff this is my favourite.’

Now all James needs is that swimming pool to go with it.