PHOEBE WALLER-BRIDGE left fraught US TV bosses scrambling to censor her latest victory speech — as she harped on about a sex act.

The Golden Globe winner was back on the podium at Sunday’s Critics’ Choice Awards in Santa Monica, where she insisted she is only bagging trophies because of her on-screen bedroom adventures.

CW network bosses were forced to edit out parts of her X-rated speech for best actress in a comedy, as she left the audience at the Barker Hangar squealing and gasping at her admission. 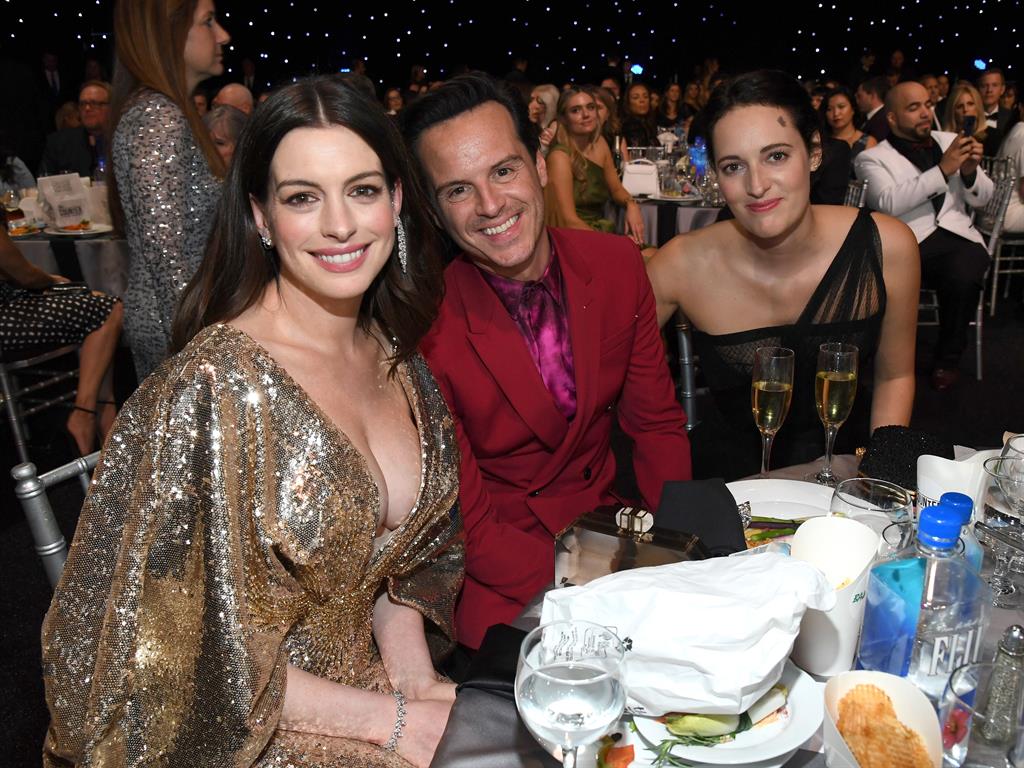 The 34-year-old dropped her clanger when she referenced her character’s antics in the sack, saying: ‘Honestly, if I ever imagined in a million years that I’d be standing up here getting things like this for writing a character that literally looks at the camera and says, “F*** me up the ass” all the time, I wouldn’t believe it.’

Sensing she may have crossed the line, she sheepishly added: ‘So, um, thank you for getting behind that.’

It prompted editors to hurriedly remove audio from the live feed in early evening broadcasts.

It was another triumphant night on the circuit for her and her co-star Andrew ‘Hot Priest’ Scott, 43, who landed a trophy for best supporting actor. The pair celebrated by posing with Oscar-winner Anne Hathaway, 37.

Bond writer Phoebe later insisted, aside from her daring sex scenes, Scott’s smouldering in his holy robes is the real reason for the show’s success.

The Londoner, who says acceptance speeches have left her with a ‘husky, sexy voice’, finished: ‘This really comes down to Andrew Scott, because that man… there was a lot of talk about the chemistry of us in the show but, really, he can have chemistry with a pebble. So I loved being Andrew’s pebble in this.’