WHEREVER there’s a niche, you’ve got to inhabit it,’ says architect and TV presenter, Charlie Luxton, talking about his cute and undeniably appealing home.

Unsurprisngly, he is effortlessly upbeat and engaging about his subject, and the type of guy you’ll want to chat to for hours about property renovation. But what’s his own home like, exactly? Cut to this 19th-century, Grade II-listed, thatched Cotswolds cottage, where he lives with his wife, Kate, and their two children.

As luck would have it, Kate’s great aunt was looking to sell the property and the couple paid £205,000 for it 11 years ago, marking the start of a formidable, four-year project. Luckily, he was undaunted. 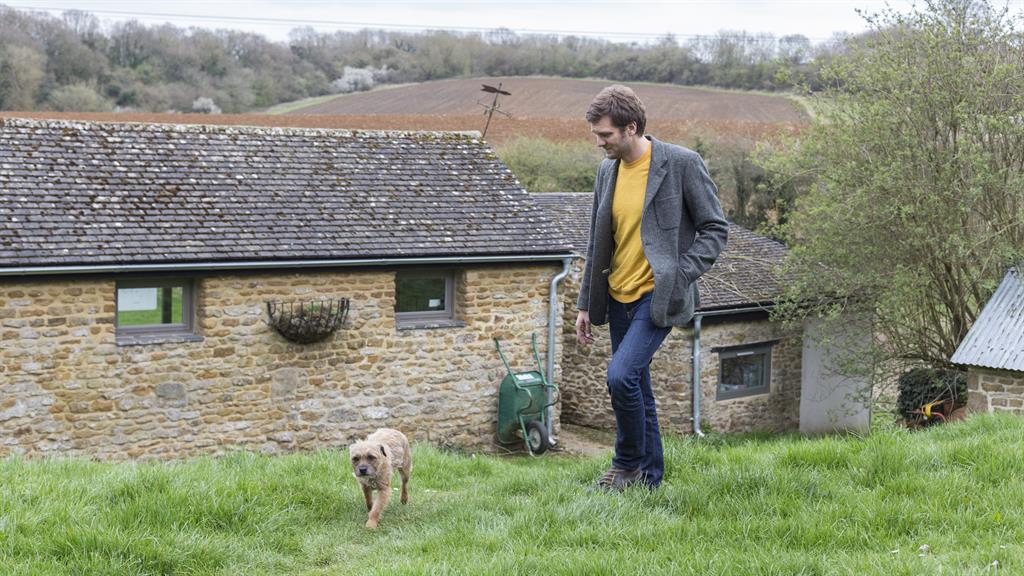 ‘Our aim was to do a sensitive update,’ says Charlie. ‘Even though it was listed, most of the good stuff had been stripped out in the 1970s — we wanted to put the character back.’

The two-bedroom home may be on the small side, but it’s a triumph of simplicity. After taking everything back to the brickwork, Charlie first sorted a bad issue of damp.

‘Sustainable restoration of period properties was in its early days when we bought the cottage,’ he says. ‘The back walls are a metre underground and we needed to address the damp without using modern techniques — so we used wood fibre and lime. It was a learning curve and I now use the techniques in my architecture work.’ 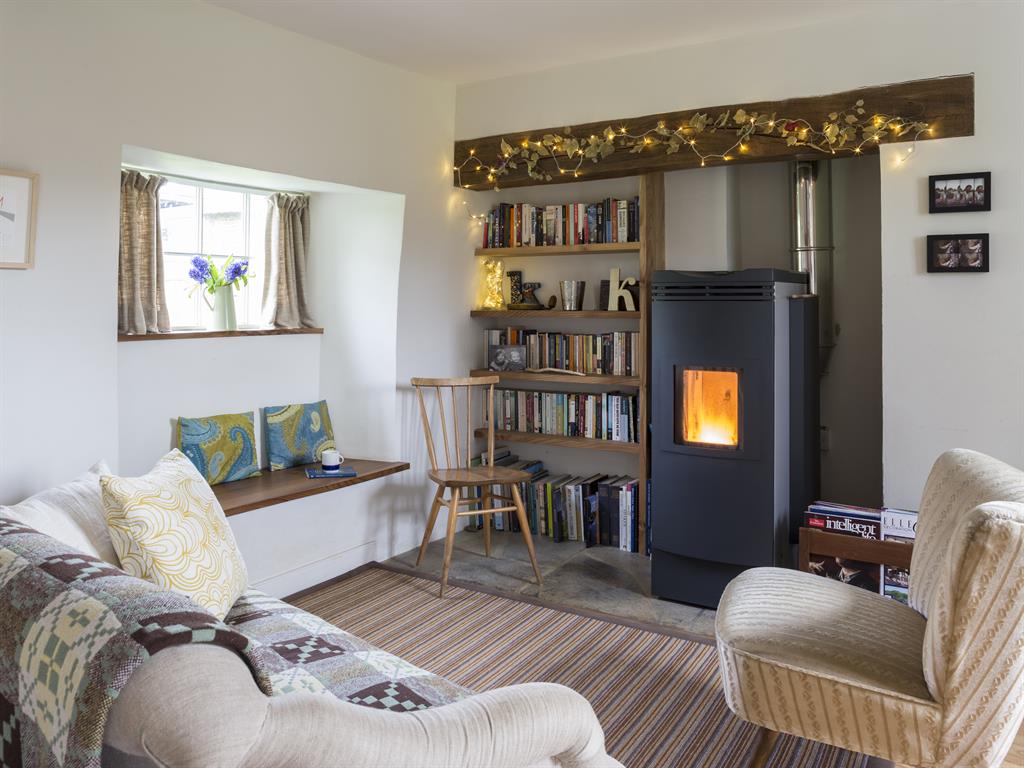 Charlie replaced cumbersome, 1970s double-glazing with modern units in keeping with the property and spared no attention to detail when it came to the thatched roof.

‘Our builders went into the woods and cut hedgerow timber, dried it out for months and then we stuck it in the roof.’

Clean lines, beautiful finishes and a feeling of simplicity are evident in every room. ‘The house is small, at around 85sqm, so we decided to keep the colour palette very simple to emphasise what space we had.

‘Also, it allows the wood and period features to come to the fore. We restored the elm wood floors, beams and window sills and even the seats. We also did repairs to the rafters in the landing. Much of the character had been ripped out. We’ve tried to put the soul back into the house.’ 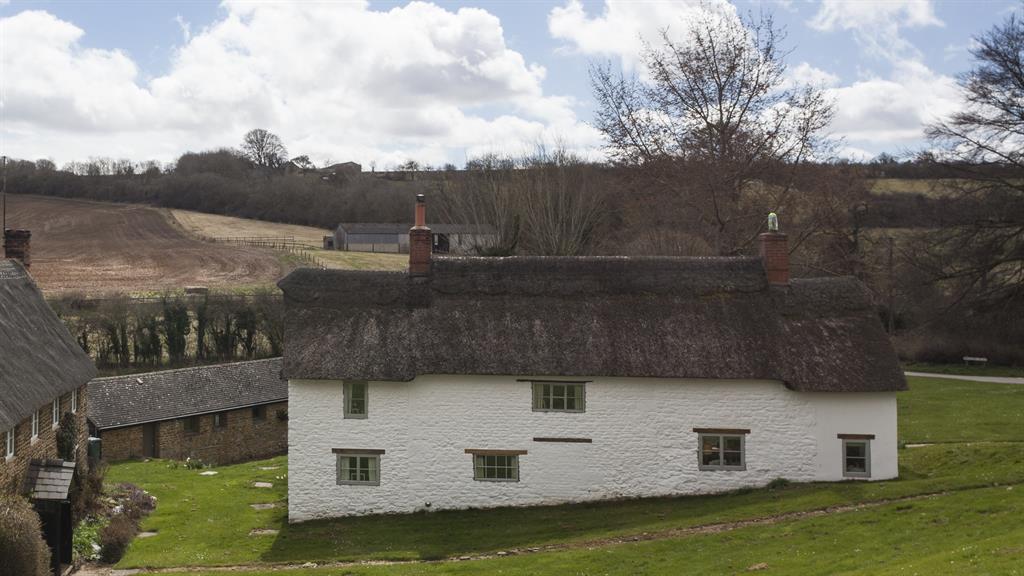 ‘We’ve utilised every square inch,’ he continues. This involved turning a niche in a wall into a thin cupboard, large enough to house a broom, hose and some bottles of cleaning fluid. He also saved lots of space with his choice of kitchen units.

‘A lot of the time, the storage people put in kitchens 600mm deep. But you don’t use the back of the cupboards, you just find packets of mouldy old biscuits in there. So we kept the storage to 350mm, which is big enough for plates and boxes of cornflakes, plus you can see what you have, which makes it much more usable.’

The renovation saw Charlie dig out the floors, adding headroom to the building, change the stairs and install ecologically friendly features such as rainwater harvesting, solar panels and a wood pellet boiler, maximising more space as they went.

‘Again, due to the size, we kept it simple. There is very little furniture here. Having reintroduced a lot of timber, we wanted it to provide the interest with carefully chosen pieces.’ 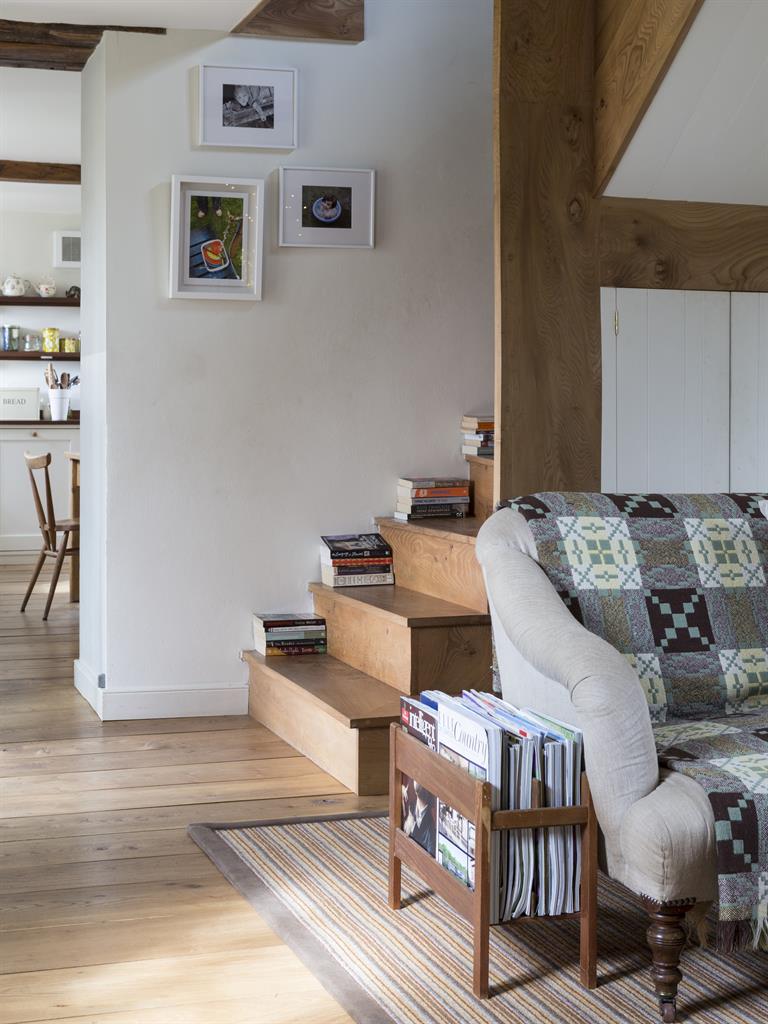 First seen on our TV screens in 2000, when he hosted C5’s Modern British Architects, Charlie can be currently seen guiding novices through their first home-builds in C4’s Building The Dream.

He’s now back for a new series of More4’s Homes By The Med, but it’s not just his work life that’s changing pace. ‘My daughter is 11 and my son is nine now, so they don’t want to share a room any more,’ he says, as he explains why he is about to start on another ambitious project. This time round, he’ll be using the acre of land that came with the cottage. It’s currently home to an old stables he uses as an office and will be turned into a 200sqft, subterranean three-bed home.

‘We’re moving 1,000 cubic metres of soil, digging into the hillside and slotting a house in,’ he says. Walking from the cottage to the new house will mean walking across the new roof — which will feature a meadow and allotment. The house will be extremely well insulated — with four metres of soil on the roof — and will, naturally, again feature a slew of sustainable restoration techniques Charlie learnt during the renovation of their cottage.

All of this means, his annual heating bills will come to only an estimated £80 per year. ‘In the current cottage we have small windows and low ceilings, I don’t want to redo that so we’re having 9ft-high ceilings and floor-to-ceiling windows in each room.’ Charlie envisions the house will be a contrast of light and dark. ‘When you go into an amazing church you go from the light outside through a dark entrance, into a large, light space often illuminated by stained glass — so that’s going to be a key feature.’ 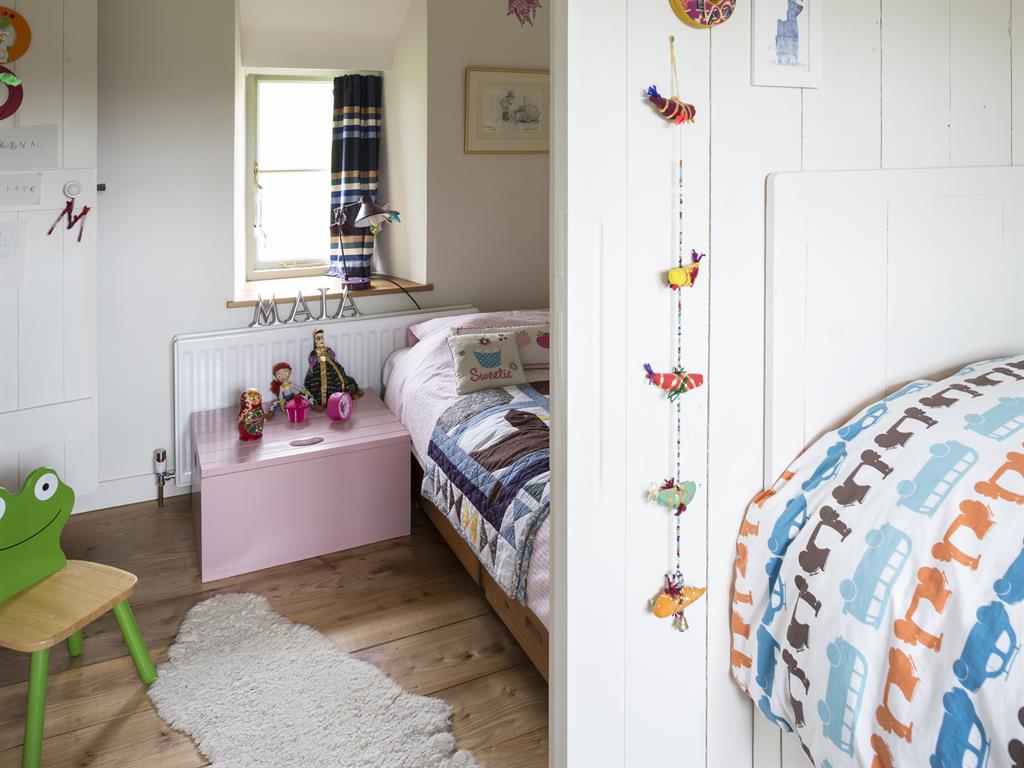 The build is scheduled to get underway in May and Charlie is slightly nervous about beginning the excavation.

‘Every time you dig a big hole in the ground, you don’t know what you’re going to hit. Once we get that done, I’ll breathe a sigh of relief.’

Once the home is complete, Charlie plans to use the cottage as guest rooms and as an office. ‘It has been in my wife’s family since 1963 so we have a real connection to this place. As our family grows up we want to stay.’

As Charlie prepares to get stuck into building his new home, he has some tips for other self-builders

■ Do less but do it better. n Don’t be over-ambitious and then under-deliver.

■ Be realistic about the money you have available and be specific about what you want to achieve.

■ Buy the best materials you can. Concentrate on foundations, the roof and the windows; don’t get carried away with the taps. A kitchen can change every ten years but the roof and windows can stay for hundreds of years, so it’s important to get them right.