Air strikes were followed by a statement from the Turkish defence ministry that its ground troops had crossed the border east of the River Euphrates.

President Recep Tayyip Erdogan (below) said ‘Operation Peace Spring’ would eradicate what he called ‘the threat of terror’ against his country.

There were signs of panic in the streets of Ras al-Ayn — one of the towns under attack — as jets began pounding suspected positions of Kurdish forces. 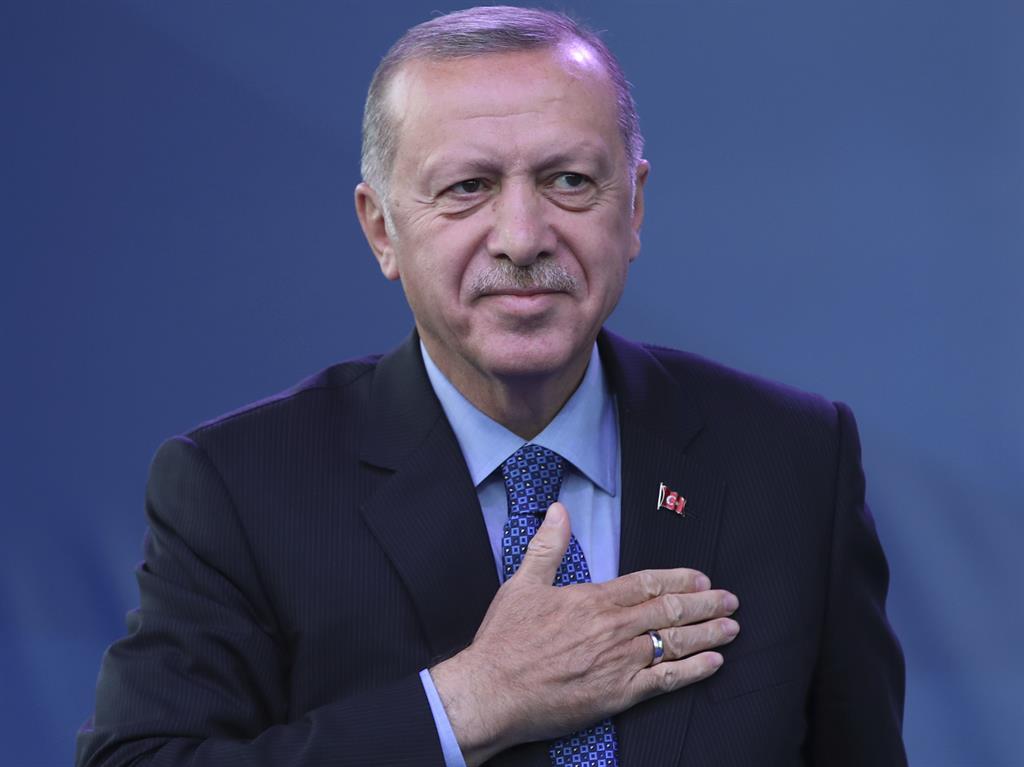 Near the town of Qamishli, plumes of smoke were seen rising from an area near the border.

At least one member of the Syrian Democratic Forces — the Kurdish-led militias who were the allies of the US in the fight against Daesh — was reported to have been killed.

He said Turkish shells had struck the Kurdish controlled al-Chirkin prison. ‘The place where the most dangerous jihadists are held,’ he added.

The bombardment came after US president Donald Trump’s abrupt decision on Sunday that American troops would step aside — leading to warnings of a ‘humanitarian catastrophe’ from Kurds.

Earlier, Mr Trump said: ‘The United States does not endorse this attack and has made it clear to Turkey that this operation is a bad idea.’

He said Turkey was now responsible for ensuring Daesh fighters held by the SDF remained in jail and the terror group ‘does not reconstitute in any way, shape, or form’.

Turkey has long threatened to attack the Kurdish militias whom Ankara considers terrorists. In a tweet, Mr Erdogan said: ‘Our mission is to prevent the creation of a terror corridor across our southern border.’

The UN Security Council will hold a closed meeting today on the situation.