IMAGINE you’ve played 120 minutes of energy-sapping football. Your legs are heavy, your lungs are burning, but now — in front of 70,000 fans — you have to step up to take that all-important penalty. It’s a football cliché that you can’t train for pressure like that but, thanks to advances in virtual reality, now you can.

Monitoring the physical side of a player’s performance with GPS and heart rate is well established but new virtual training tools are making it possible to work on a player’s mental fitness too.

Top clubs and coaches from football, cricket and rugby are dropping players into hyper-realistic, immersive simulations where, for the first time, they can analyse the psychological side of the game and help stars improve decision speed, reaction times and situational awareness under pressure and fighting fatigue.

In sport, where peak fitness is now a given and the line between success and failure is so fine, this brain training represents a great source of mental marginal gains and we were lucky enough to take it for a test drive.

Luckily for me, I’m not subjected to a tense penalty shoot-out. Instead I’m put through a series of drills designed by Manchester-based MiHiepa that simulate the pressure and changing realities of a game, testing my reaction times, decision-making and cognitive function under increasing fatigue.

MiHiepa’s Rezzil training tool uses an HTC Vive Pro VR set-up with a wireless headset and four trackers, one on each foot and one on each shin pad. Each module contains 26 sensors that relay sub-millimetre accurate information on my position and movement back to the system and into my headset in real time.

The session starts easily, passing the ball into one of six goals, highlighted yellow. From the outset it’s completely immersive and incredibly responsive. I’m surprised at how quickly I’m convinced I’m on a real training pitch, rather than in a Shoreditch bunker.

Next, my boots are split into four colour-coded zones, one colour for each instep and outstep. Red, yellow, purple and blue balls are fired at me with increasing frequency and I have to stop each ball with the part of my boot that matches.

The mental intensity increases with the next drill, where I’m challenged to scan the pitch around me and count the number of players of a certain colour before passing an incoming ball into the goal marked with the correct number. Getting this right demands quick decision-making, and great reactions and accuracy.

Finally, just as I’m starting to puff, I’m asked to pick a pass to teammates while intimidating virtual defenders close me down, with the aim of keeping a cool head under pressure despite growing tired.

While this might sound like a fun game, and it is addictive, the carefully designed combination of drills has a serious purpose. It allows coaches to put players into identical training situations and compare their strengths and weaknesses. It can be used to help a player returning from injury to switch on mentally and get match-fit. And it can be used to keep players in rehab mobile and stimulated with low-impact training.

Batting above your average

Another UK start-up, Incisiv, has applied this technology to cricket and rugby, helping players to build what it calls better ‘action intelligence’ — the ability to act in the right place, at the right time, in the right way.

This includes reading what a bowler’s run-up says about where the delivery will land, how a rugby player’s body shape reveals which way they’ll sidestep or where a ball might end up off a curling free-kick.

Incisiv’s software can also be used to give players first-hand experience of what it’s like to play against more formidable opponents. So if your club doesn’t have a world-class spin bowler or a free-kick maestro who can bend it like Beckham, no problem. This system lets you face that quality as often as you like.

I’m given a taste of what that’s like, facing a flurry of deliveries from a virtual rendering of Ireland’s fastest bowler. Standing at the crease, immersed in realistic 360-degree stadium graphics complete with deafening crowd noise, is intense. It’s designed to replicate the cauldron feel of a real international cricket pitch.

The real bat I’m holding is fitted with HTC’s sensor modules, which control the virtual bat I see before me on the headset. My wild swings unsurprisingly fail to connect with any of the early rockets the bowler sends down. But VR helps here too.

Halfway through my second over I’m treated to an out-of-body sports experience. I get to watch my last attempt replayed in slow-motion, inside the virtual world, from right next to the crease. I can see exactly where I went wrong and learn from my mistakes. I clip my next two shots behind for a couple of runs and that’s all I need to be convinced that virtual reality is set to become a major tool in training professionals.

Even though this technology is in its infancy, when you’re immersed in it as a player you can see how powerful it is, particularly for an aspect of training that’s hard for coaches to currently cater for — the psychology of big moments.

As for the rest of us who never quite made it as sports stars; a gamified version of this technology is coming to a room near you soon. So we’ll all get the chance to live out our Wembley, Lord’s or Twickenham dreams. 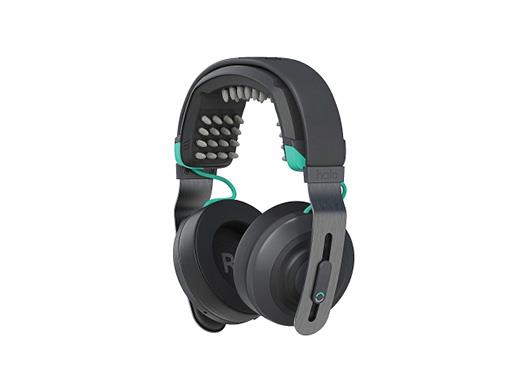 Want to accelerate gains in strength, explosiveness, endurance and muscle memory? Stick on these headphones for 20 minutes before or during a workout and they send your brain into a state of ‘hyperlearning’. In this state your ability to adapt to training becomes more potent, helping you learn more quickly and achieve results faster. £302, haloneuro.com

Get the technical edge: PlayerMaker 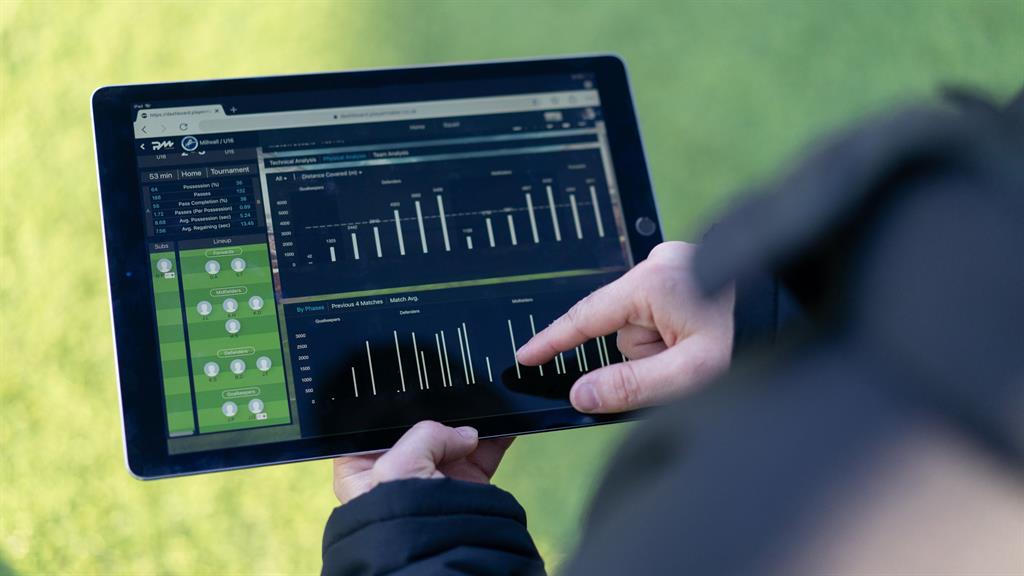 While most football trackers monitor a player’s position and movement on the pitch, PlayerMaker’s small boot-worn sensors help top clubs, coaches and pros analyse technique with a range of insights that include time spent on the ball, the number of touches with each foot and how much you can dribble. Price on request, playermaker.co.uk 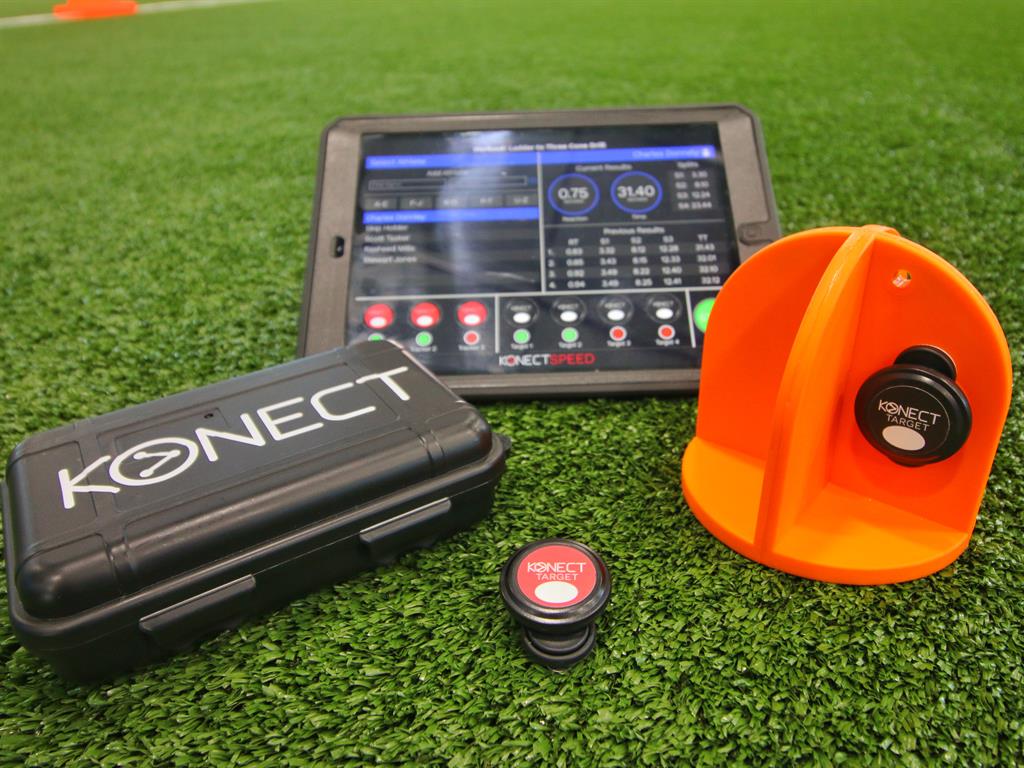 Reaction speed is crucial in sport and this tiny 3D motion sensor is designed to let coaches capture the exact moment an athlete’s core moves. Paired with target sensors on the field, it reveals detailed insights into an athlete’s form, technique and pure response speed. £140 ($179.95), konectsports.com