FORMER US president George W Bush: ‘This is how election results are disputed in a banana republic — not our democratic republic.’

Former US president Barack Obama: ‘History will rightly remember today’s violence at the Capitol, incited by a sitting president who has continued to baselessly lie about the outcome of a lawful election, as a moment of great dishonour and shame for our nation.’

Former US president Bill Clinton: ‘The match was lit by Donald Trump and his most ardent enablers, including many in Congress, to overturn the results of an election he lost. The assault was fuelled by more than four years of poison politics spreading deliberate misinformation, sowing distrust in our system, and pitting Americans against one another.’ 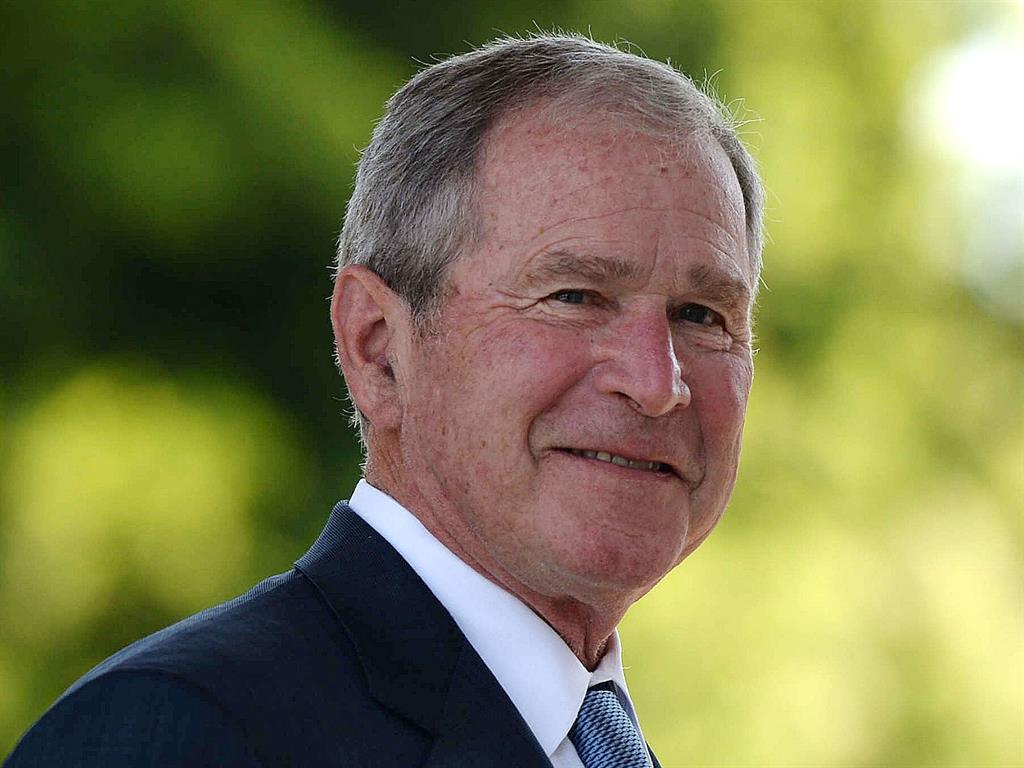 German chancellor Angela Merkel: ‘These pictures made me angry and sad. I regret very much that President Trump since November has not conceded his defeat, and not yesterday either. That has prepared the atmosphere in which such events, such violent events, are possible.’

United Nations general secretary Antonio Guterres: ‘In such circumstances, it is important that political leaders impress on their followers the need to refrain from violence, as well as to respect democratic processes and the rule of law.’

Nato secretary-general Jens Stoltenberg: ‘Shocking scenes in Washington DC. The outcome of this democratic election must be respected.’

French president Emmanuel Macron: ‘What happened today in Washington is not America. France stands strongly, fervently and resolutely with the American people and with all people who want to choose their leaders through democratic elections. And we will not yield to the violence of a few individuals who want to challenge that.’

Prime minister Boris Johnson: ‘Insofar as he encouraged people to storm the Capitol and insofar as the president consistently has cast doubt on the outcome of a free and fair election, I believe that that was completely wrong. I unreservedly condemn encouraging people to behave in the disgraceful way that they did.’

Scottish first minister Nicola Sturgeon: ‘We actually witnessed the president of the United States inciting insurrection in his own country and I think for many people it will take some time to get our heads round that. Thankfully there’s only a matter of days of his presidency left.’

Venezuelan foreign minister Jorge Arreaza: ‘Venezuela expresses its concern for the violent events that are taking place in the city of Washington, USA, condemns the political polarization and hopes that the American people will open a new path toward stability and social justice.’

Chinese foreign ministry spokeswoman Hua Chunying: ‘We wish that US people can enjoy peace, stability and security as soon as possible.’ 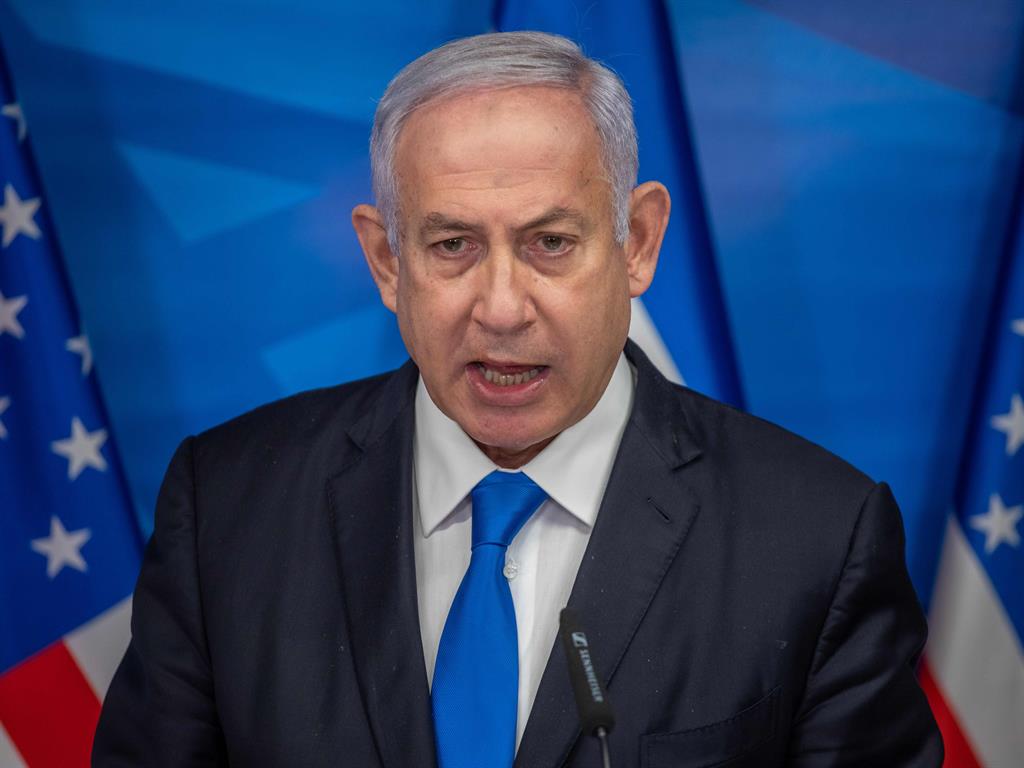 Israeli prime minister Benjamin Netanyahu: ‘The rampage at the Capitol yesterday was a disgraceful act and it must be vigorously condemned.’

Iranian president Hassan Rouhani: ‘What we saw in the United States yesterday evening and today shows above all how fragile and vulnerable Western democracy is.’

Russian MP Konstantin Kosachyov: ‘The losing side has more than enough grounds to accuse the winner of falsifications. It is clear that American democracy is limping on both feet.’

Turkish parliamentary speaker Mustafa Sentop: ‘We follow the events in the US with concern and invite the parties to calmness. Turkey has always been in favour of the law and democracy and we recommend it to everyone.’

German foreign minister Heiko Maas: ‘Enemies of democracy will be happy to see these unbelievable pictures from Washington DC. Riotous words turn into violent acts — on the steps of the Reichstag and now in the Capitol. The disdain for democratic institutions is devastating.’

TIMETABLE OF A TYRANT

January: Donald Trump begins his campaign for the Republican nomination telling a rally: ‘I could stand in the middle of Fifth Avenue and shoot somebody and I wouldn’t lose voters.’

February: The tycoon is interrupted by hecklers at a campaign rally in Iowa. ‘If you see somebody getting ready to throw a tomato, knock the crap out of them, would you?’ he tells supporters. ‘Seriously, OK? Just knock the hell. I promise you I will pay for the legal fees.’ Later that month, he tells security guards they were too gentle to a protester: ‘I’d like to punch him in the face, I’ll tell you.’ 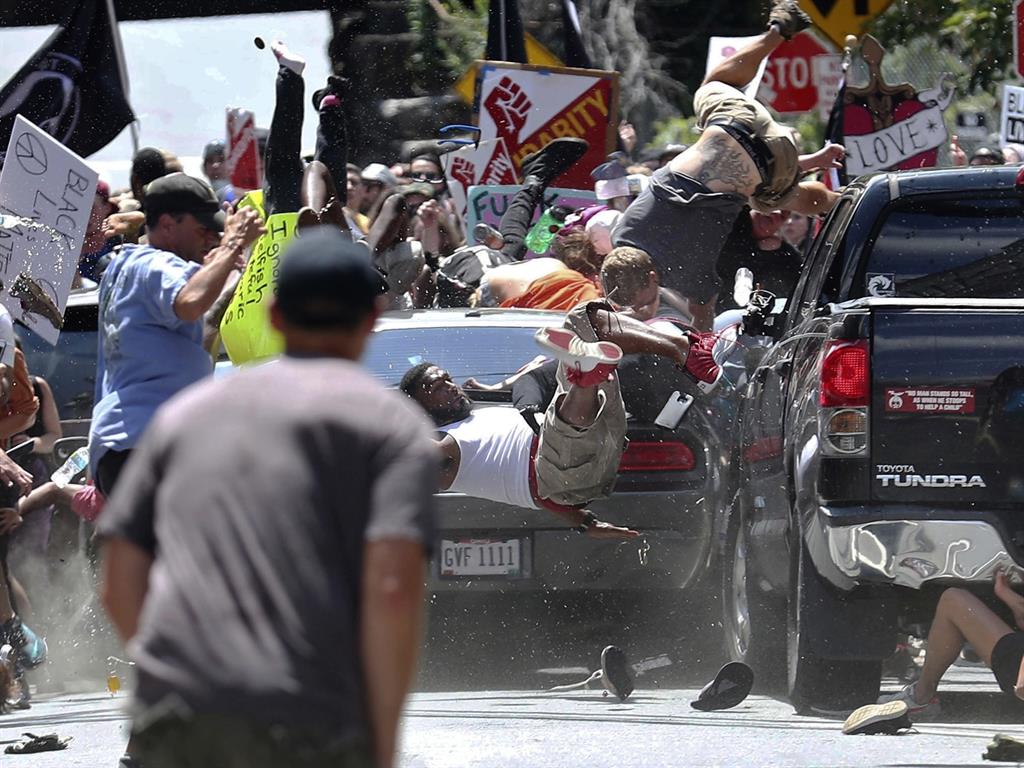 August: Mr Trump defends white supremacists protesting in Charlottesville, Virginia, saying there were ‘some very fine people on both sides’ after a woman in a counter demonstration was killed when a car drove into a crowd.

November: He is rebuked by Theresa May for sharing an anti-Muslim video by UK far-right organisation Britain First. ‘Don’t focus on me,’ he tweets back. ‘Focus on the destructive radical Islamic terrorism that is taking place within the United Kingdom.’

May: Mr Trump defends US gun laws by claiming a London hospital is ‘like a war zone’ after a spate of stabbings in the capital. ‘They don’t have guns, they have knives,’ he says.

October: The president denies claims he called for migrants crossing the Mexican border to be shot in the legs. He also denies allegations his aides were asked to look into blocking the border with a ‘water-filled trench stocked with snakes and alligators’.

May: The president dubs people demonstrating against the death of George Floyd in police custody as ‘thugs’ and threatens to send in the military: ‘When the looting starts the shooting starts,’ he posts on Twitter. 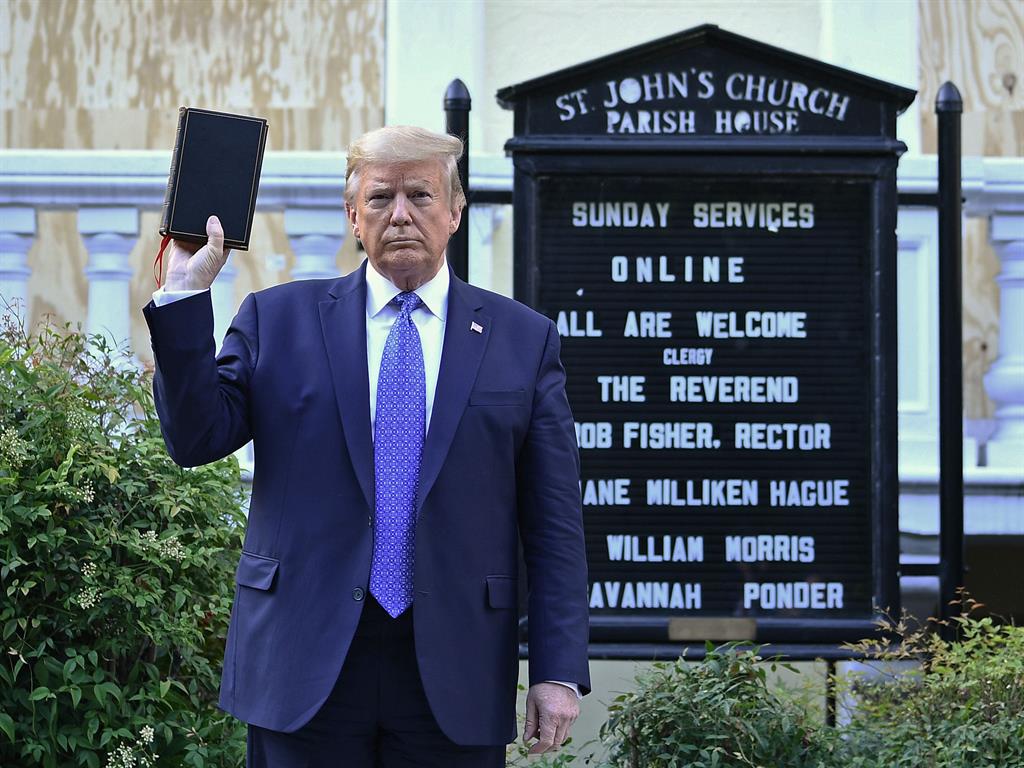 June: Mr Trump is condemned by religious leaders after ordering police, secret service agents and the National Guard to clear BLM protesters from a park close to the White House, so he could pose with a Bible outside a church. Dozens of protesters were hurt when they were attacked with tear gas, sting ball grenades, flash grenades, smoke canisters and rubber bullets.