DONALD TRUMP has said the UK’s early approach to tackling the coronavirus outbreak would have been ‘very catastrophic’ if Boris Johnson had not decided to change tack.

The US president suggested the prime minister had looked to ‘ride out’ the virus in an approach that would have caused ‘a lot of death’.

The G7 ally’s comments come after the UK saw its biggest day-on-day rise yesterday in the number of deaths since the outbreak began — up 563 on the 24 hours previously to a total of 2,352.

Mr Trump’s press conference criticism appeared to be a reference to the UK government following a plan for so-called ‘herd immunity’.

Sir Patrick Vallance, the UK’s chief scientific adviser, told the BBC on March 13 that the ‘aim’ was to ‘not suppress [coronavirus] completely… to build up some kind of herd immunity so more people are immune to this disease’, while still reducing the peak number of infections to protect the NHS.

The concept would have seen the elderly and vulnerable sheltered from Covid-19 but those deemed fit would have been permitted to contract the illness in a bid to build up nationwide immunity from the killer bug.

But a week after the position was pushed in broadcast interviews, Mr Johnson, who last week tested positive for coronavirus, opted to put the UK on lockdown after seeing expert modelling predicting Britain was on course to lose 250,000 people during the pandemic unless stringent measures were taken.

Speaking during a two-hour White House briefing on Tuesday, Mr Trump said: ‘A lot of people were saying, “Let’s just ride it out”.

‘This is not to be ridden out. Then you would have been looking at 2.2million people [dying] in a relatively short period of time.

‘If you remember, they were looking at that concept — I guess it is a concept, if you don’t mind death, a lot of death.

‘But they were looking at that concept in the UK, remember? They were very much looking at it.

‘All of a sudden they went hard the other way because they started seeing things that weren’t good. They put themselves in a little bit of a problem.

‘Now Boris has tested positive and I hear — I hope — he’s going to be fine.

‘But in the UK they were looking at that — they have a name for it but we won’t even go by the name — [and] it would have been very catastrophic I think if that had happened.’

The Republican president said ‘doing nothing’ to tackle coronavirus could cost as many as 2.2million lives in the United States, rather than the estimated 100,000 to 200,000 currently predicted to die, even with social distancing measures in place until April 30. 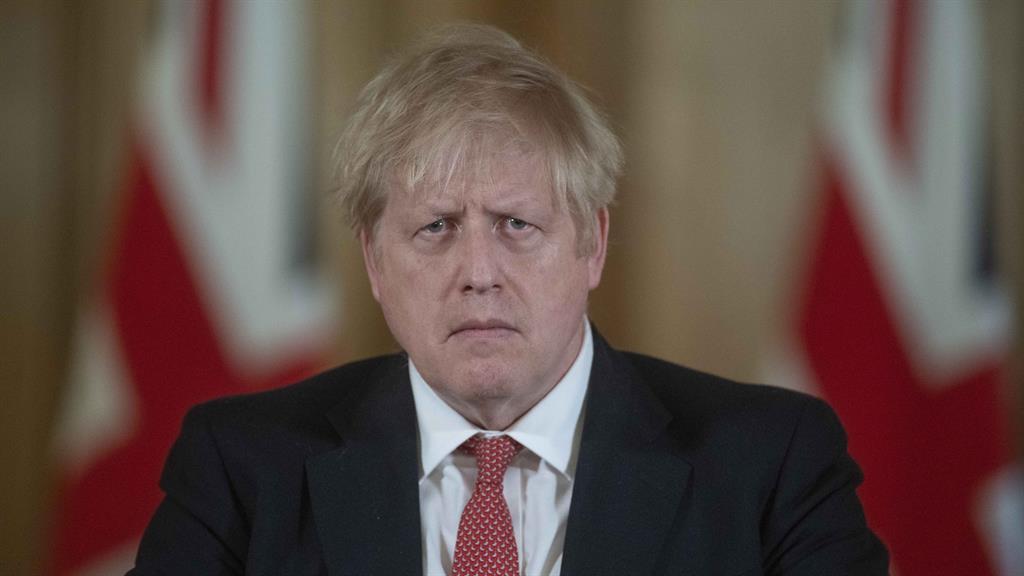 The PM (pictured above), however, is not the only leader to change his approach to tackling coronavirus.

Only a little over a week ago, the president vowed ‘never to turn the country off’ and said the Covid-19 death toll was unlikely to be worse than for flu.

But he told reporters today that coronavirus was ‘probably the worst thing the country has ever seen’ and predicted worse casualties than in the First World War for the US.

Asked by reporters whether he planned to travel while the Stateside restrictions were in force, the 73-year-old said he would be remaining in Washington, highlighting Mr Johnson’s development of the illness.

The PM is self-isolating in Downing Street after testing positive on Friday.

Mr Trump said: ‘I’d love to go out but no, I’ll be in the White House.

‘I think it is important that I remain healthy, I really do.’