JEREMY CORBYN asked for a private meeting with Donald Trump but was turned down, the US president revealed yesterday — dismissing him as a ‘negative force’.

The Labour leader snubbed the Queen’s banquet for Mr Trump and denounced him at a protest just yards from Downing Street yesterday while the president was there.

But his party confirmed that he had proposed a meeting.

Speaking outside No.10, moments after Mr Corbyn had addressed protesters, Mr Trump said: ‘He wanted to meet today or tomorrow and I decided not to do that.

‘I think he is something of a negative force. I really don’t like critics as much as I like and respect people who get things done.’

The president also praised the ‘very big and important alliance’ between Britain and the US and had warm words for Theresa May — even praising the way she has handled Brexit.

The Brexit Party’s Nigel Farage had a meeting with Mr Trump yesterday evening at the London home of the US ambassador, after Mr Corbyn had been shunned.

Labour said its leader wanted to talk to the president about ‘the climate emergency, threats to peace and the refugee crisis’.

But he is likely to find the US visitor remains unwilling to see him after telling the protesters he was ‘creating a sense of hate’.

Mr Corbyn spoke in Whitehall after they marched from Trafalgar Square towards No.10 and were blocked by police. The huge ‘baby blimp’ depicting Mr Trump in a nappy was flying in Parliament Square as his convoy passed through.

But he insisted he had felt a lot of ‘love’ from the London crowds during his state visit and claimed that media reports of protests were ‘fake news’.

‘There were thousands of people on the streets cheering,’ he added.

‘I saw lots of people waving the American flag, there was tremendous spirit and love.’

After talks at No.10 with Mrs May, who has resigned after failing to deliver Brexit, had ‘done a very good job’ of handling the negotiations. ‘I think she has brought it to a very good place where something will take place in the not too distant future,’ he said.

The president had a moment of hesitation, saying: ‘I don’t like to take positions on issues that I don’t really…’ But he then added: ‘I understand the issue very well, I really predicted what was going to happen. I would have sued and settled, you never know, but she’s probably a better negotiator than me.’

He told Mrs May: ‘The deal is teed up and I think you deserve a lot of credit.’

Mr Trump said US concerns over plans to allow a role for Chinese technology giant Huawei in building Britain’s 5G network would not stop America sharing intelligence with the UK.

The president had a 20-minute phone conversation with Tory Party leadership favourite Boris Johnson yesterday. He had talks with Mr Farage at the ambassador’s house before welcoming Prince Charles and Camilla for dinner.

‘He really believes in Brexit and is loving his trip to London.’

‘Jeremy and Boris would be fine PMs’ 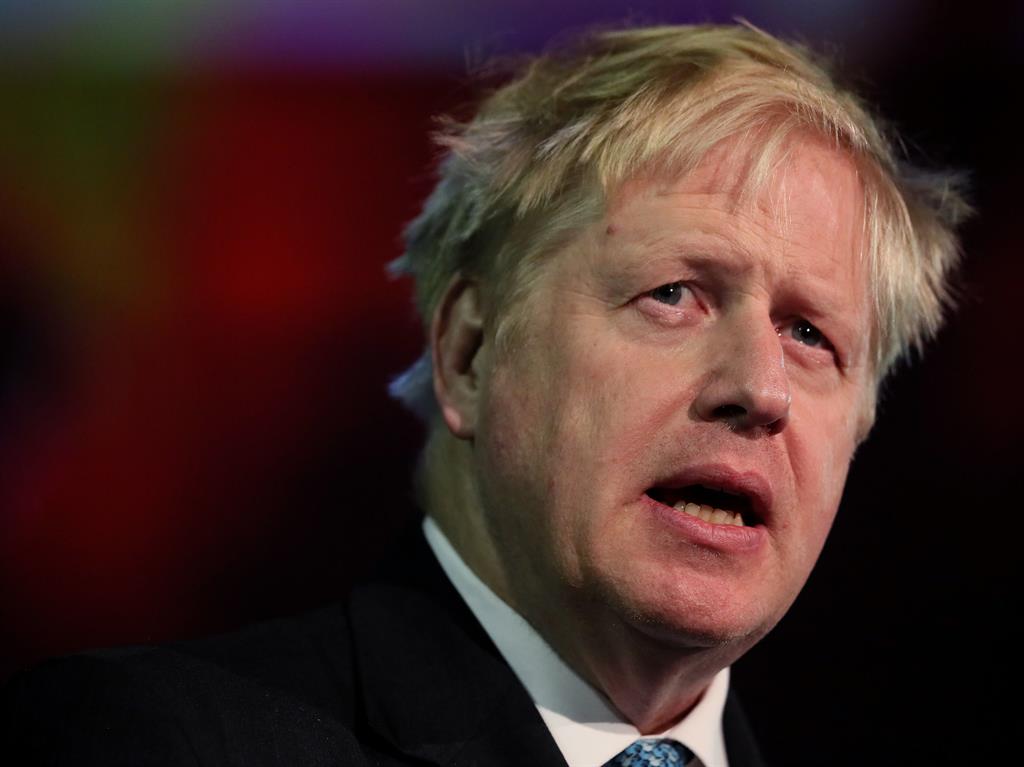 BOTH Boris Johnson (above) and Jeremy Hunt would do a ‘very good job’ as the next Tory leader, Donald Trump said yesterday.

The US president spoke after a ‘friendly and productive’ phone call with Mr Johnson. ‘I know Boris,’ he said. ‘I like him. I have liked him for a long time. I think he would do a very good job.’

He added: ‘I know Jeremy, I think he would do a very good job.’ Asked about leadership hopeful Michael Gove, who interviewed him for The Times newspaper in 2017, he said: ‘I don’t know Michael — would he do a good job, Jeremy?’

No.10 said Mr Trump had been ‘courteous’ and let Theresa May know he was holding talks with the leadership rivals.