Rachel Clark, 20, Joe Finnis, 25, and 23-year-old Dominic Fell died when their Toyota Yaris collided with a lorry near Heathrow Airport at 11.40pm on December 31. A 25-year-old stewardess, who was also in the car, survived but was in a serious condition yesterday.

A BA Angels Fund on GoFundMe had raised more than £70,000 by last night.

Flight attendant Ms Clark, from south-west London, who was just a few weeks into her new job, was praised as ‘kind and intelligent’. 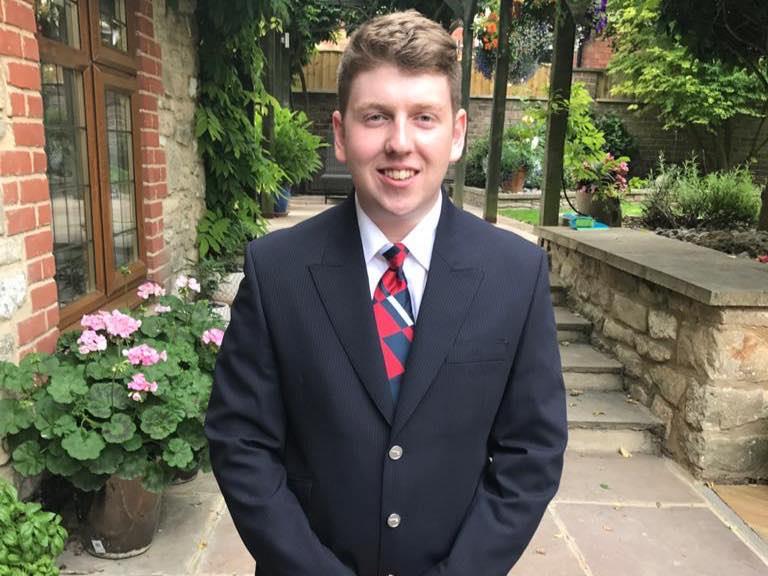 Her friend Marnee Burgess said on Facebook: ‘I can’t believe you’re gone. I will never forget that beautiful smile that lights up every room you enter.’

Henry Ambrose said of Mr Finnis, from Southampton: ‘Gutting news. Although we had only flown together a few times you most certainly had a big impact on the experience I had at BA.’ Mr Fell (pictured above), from Grimsby, had been at BA for two years and loved photography.

Commenting on the fundraiser, Ben Nunn said: ‘Had the pleasure of spending a small amount of time with Dom. Amazing young man. Such devastating news.’ While Elaine Pearse said: ‘Too young, too soon. My daughter’s friends. Dom, I met you once, made a lasting impression, lovely lad, cheeky smile, RIP.’

Stephen Crook, who set up the fund for flowers and a charity donation of the families’ choosing, said: ‘I know that as a fleet we will pull together and make this happen.’ All four were off-duty at the time of the crash in Stanwell, Surrey. The HGV driver was unhurt and no arrests have been made.