INSOMNIA, irritability, mood issues, dizziness, brain fog, panic attacks… ten years ago, when Katarina Wilk was 42, she visited the GP for advice on what appeared to be a broad range of symptoms. Her doctors diagnosed depression and tried to convince Wilk she was ‘burnt out’.

‘It didn’t feel right to me,’ she says. ‘I didn’t think I was depressed or that there was a psychological reason why I suddenly couldn’t sleep. Nothing in my life had changed — I was happy in my work as a medical journalist, I was happy at home with my husband and two kids. Things were fine.’

Wilk was sent away with sleeping tablets, the dosage of which, as time went on, got stronger and stronger. But when she started doing her own research as to what could be going on, she began to believe she was instead suffering from symptoms of the perimenopause: the time in a woman’s life just before the menopause.

While the menopause itself is the subject of increasing discussion in society, perimenopause, Wilk says, is still taboo. Which is strange, bearing in mind perimenopause can affect women emotionally and physically for around ten to 15 years, from a woman’s early forties (sometimes even late thirties).

It is triggered when the ovaries gradually start to make less oestrogen in preparation for the stopping of periods altogether. These levels begin to go up and down more sporadically than during a normal 28-day cycle, which can cause irregular periods and other symptoms — we’re talking panic attacks, insomnia, acne, weight gain, low moods…

‘Insomnia was the first thing for me and, instead of the strong sleeping tablets, I started taking the natural sleep aid melatonin and doing yoga, which helped,’ Wilk tells me on the phone from her home in Sweden. ‘But I never even considered the possibility of anything to do with the menopause at the age of 42 when I was still having periods.

‘But I read a lot, interviewed people, did research and it became apparent. At the time I was too embarrassed to talk about it because even though we have gone a long way towards breaking the stigma around menopause, in an evolutionary way it means we are “used”, that we cannot reproduce any more. So I still felt uneasy about it — a feeling shared by colleagues, friends and family who also didn’t talk about it. Even my own mother didn’t want to discuss it when I asked her.

‘It wasn’t until I said I was going to write a book on the subject that friends started to share their experiences.’

Five years after she started her investigations, Wilk decided to write Perimenopower: Your Essential Guide To The Change Before The Change, a ‘companion’ containing dietary and lifestyle advice, and discussions about this stage in a woman’s life. 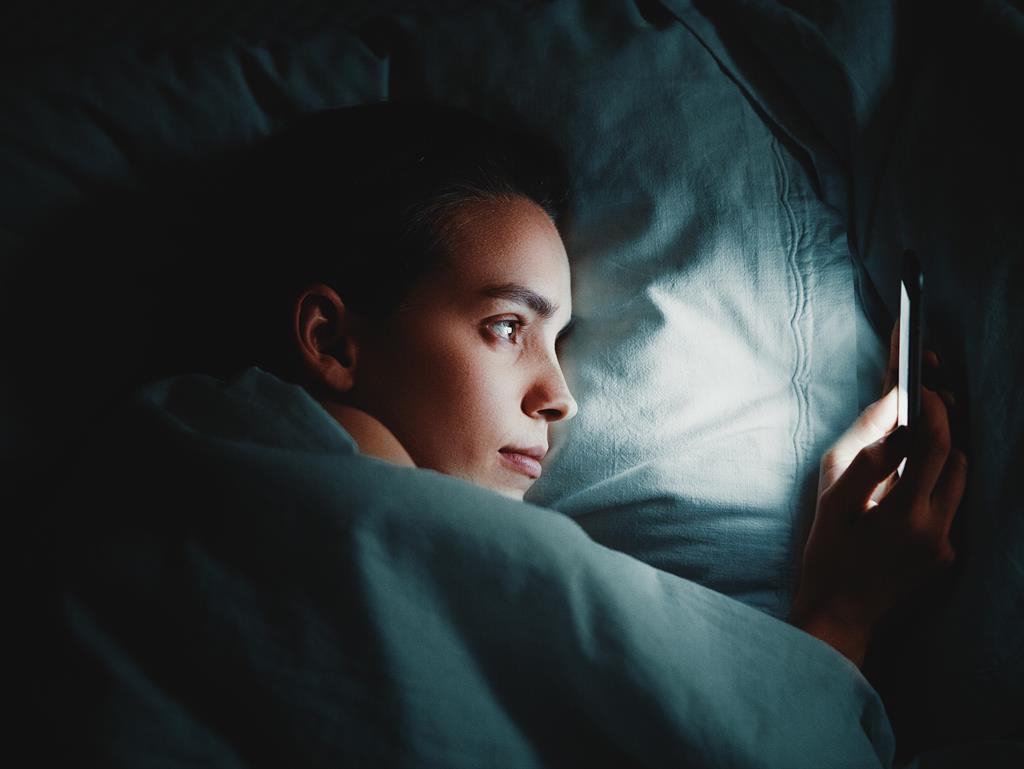 ‘Not discussing this is a societal problem but I think it is starting to change and I hope I am part of that change,’ she says. ‘This is the book I wish I’d had when I started going through the perimenopause.’

It’s struck a chord. The book was first published in Sweden in 2018 and has since been translated into seven different languages.

‘It’s not the actual menopause but the years leading up to the cessation of periods that is the rockiest point for women,’ says Wilk, who notes that in the UK in 2018, the age group with the highest rate of suicides for women was 45 to 49, coinciding with the perimenopause.

‘I believe the issue of women’s “burnout” would diminish if we talked more about hormones and the effect they have on women’s lives,’ she says. ‘The perimenopause years are a time when many women leave the workplace for good and struggle with feelings of overwhelm and anxiety. It is exhausting, and when women seek help with their GP they are too often dismissed.’

Wilk notes that it’s important to draw a distinction between early menopause and perimenopause.

‘Early menopause means your periods are stopping at a premature age than is considered usual,’ she says. ‘Perimenopause means your periods start to swing — maybe they are longer or shorter than your normal cycle, caused by disturbances in hormones. Many women suffer with insomnia as one of the first symptoms and mood disturbances — for most, that trademark symptom of hot flushes comes later on.

‘I felt down and flat, not like me, and generally withdrawn. I didn’t want to see people.’

‘She said she barely left her home for about three months,’ says Wilk.

It was a visit to a gynaecologist that set Wilk on the right track.

‘I went to her when I was about 44 or 45 and described how I’d been doing,’ she says. ‘She told me to note how I was feeling during my cycle and I saw that my symptoms of PMS didn’t stop. They were continuous and inescapable. I knew I was on to something.’

Medical options to aid women through the perimenopause could include a hormonal IUD such as the Mirena coil and, for some women like Wilk herself, eventually hormone replacement therapy (HRT) could be a solution. 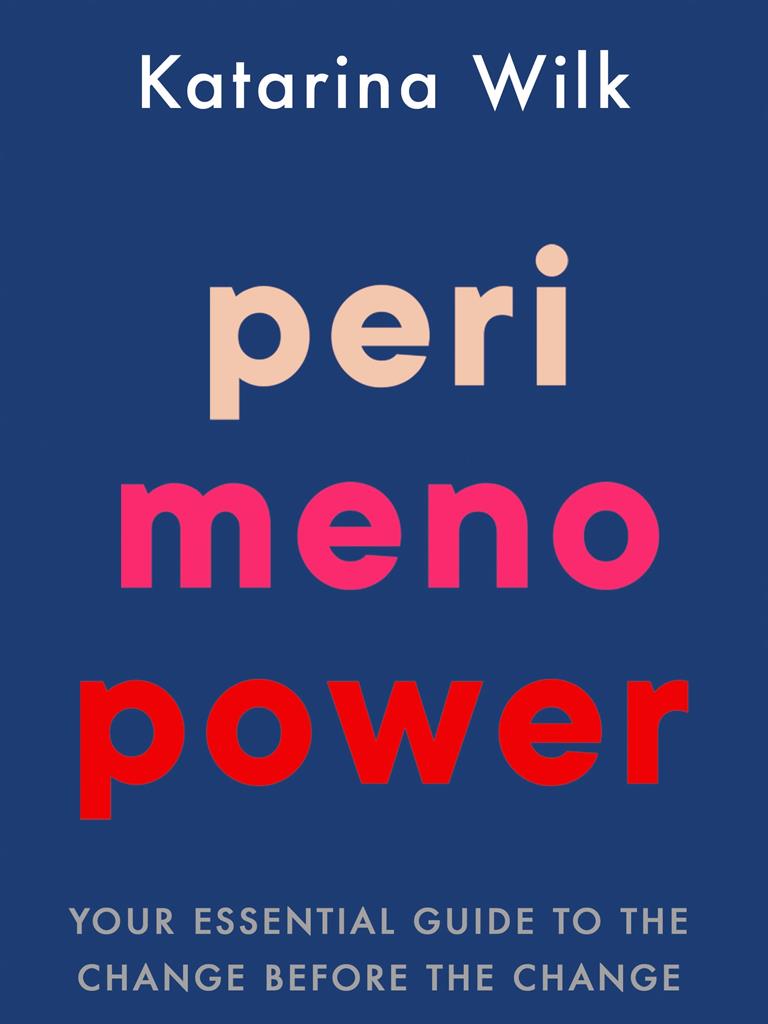 ‘These decisions are made in conjunction with a doctor but for me, when I got HRT aged 48, I finally felt like myself again,’ she says. ‘Being a woman is a superpower — I mean, we can carry babies in our bodies! — but it’s hidden through this rough period and I want us to realise that we still have it. That’s why I wrote this book — to help women regain their perimenopower.’

How to know if you’re perimenopausal

According to the NHS website, the first symptom a woman in perimenopause will usually notice is ‘a change in the normal pattern of her periods’. These may be either lighter or heavier, and they may also be more frequent (as in every two to three weeks) — or you may not have them for months at a time. When periods stop altogether for 12 months, you are deemed as having ‘been through’ the menopause.

But the NHS also estimates eight in every ten women will have ‘additional symptoms’ for some time before and after their periods stop — anything from hot flushes and drenching night sweats to insomnia, reduced sex drive, vaginal dryness or discomfort during sex, headaches, low mood and anxiety, palpitations, joint stiffness and muscle pains, reduced muscle mass and recurrent urinary tract infections. If any of these symptoms are affecting your life, see your GP.

■ Perimenopower: Your Essential Guide To The Change Before The Change by Katarina Wilk is published by Orion Spring and is out now