IT HAS come to my attention that while the majority of us were busy avoiding Zoom meetings and walking around fitness equipment gathering dust on the floor, the fellows at Top Trumps were releasing two new pandemic-themed games for us to enjoy.

Forget sharks and buses, these new TT iterations come courtesy of a ‘Britain at its best bundle’, featuring one pack of Top Trump key workers and one of hospitals, available for the bargainous sum of £5 for the pair (£1.50 of which goes to the NHS charity).

Hospitals features 30 cards about the UK’s medical facilities, from Britain’s oldest (that’s St Bartholomew’s in London, which dates back to 1123) to this year’s Nightingale hospitals. Facilities are rated across four categories: year opened, number of beds, fame and a ‘rainbow rating’. Any suggestion these categories are how health secretary Matt Hancock is planning to officially judge hospital efficacy is as yet unconfirmed. 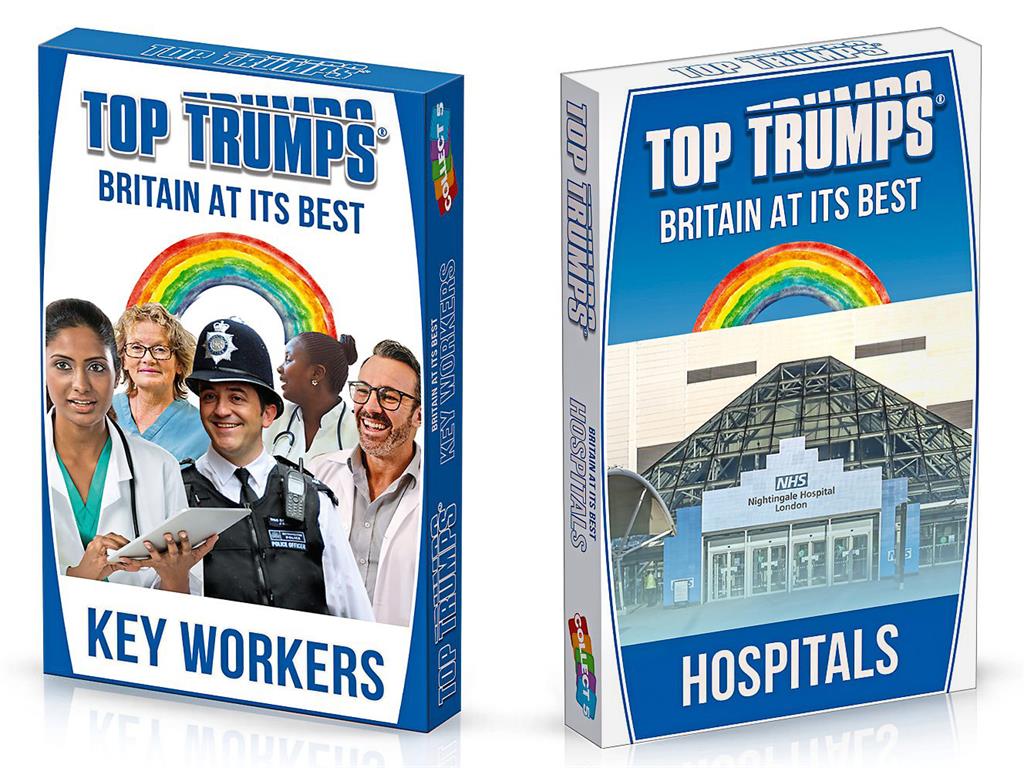 The key workers pack profiles doctors, nurses and police, of course, alongside 27 other professions including couriers (a very strong card!) pest controllers, politicians and journalists.

The four scoring categories are how much of an unsung hero they are, history, gadgets and gizmos and, slightly puzzlingly, ‘street style’, which bin ‘men’ win ‘because fluorescent and neon clothing is very in at the moment’.

Journalists top the gadgets and gizmos category (surely doctors have better gizmos than journos, who normally just carry a notebook and a pen?) but score badly on the street style rating at just two out of ten (politicians fare even worse at one out of ten). A look in the mirror confirms this at least to be completely accurate. Top Trumps we salute you!