IF THE thought of going to a wedding without drinking makes you feel like throwing off your fascinator and running for the hills with only a bottle of cab sav for company, you’re not alone. Two thirds of regular drinkers say that cutting down on their drinking is harder than improving diet or exercise, according to Public Health England.

Which means that, though we’re health-obsessed enough to pack our phones with mindfulness apps, our backpacks with yoga mats and our trolleys with meat-free food (demand increased by almost 1,000 per cent in 2017 according to The Vegan Society), ditching the Chablis is a little trickier.

I’m a typical example. If I’m ‘good’ during the week — vegetarian food, jogging, early nights and not a drop of grog — I have carte blanche to go out at the weekend and guzzle flagons of wine until the small hours and talk some absolute trot until my make-up has shifted two inches down my face, and I have Ronnie Wood hair and a buzz of horror in my solar plexus to look forward to the following day.

‘Why do you have such a strong desire to lose control and to throw yourself into wild abandon?’ asks Ruby Warrington, a New-York based British journalist who has coined the term ‘sober curious’ to describe anyone exploring their relationship with alcohol and considering life without it.

As I ponder, Warrington confesses that she herself wanted liberation and looked for it in drinking.

The result is her new book. It’s a deep-dive into why our society pivots around booze and what life is like ‘on the other side’. Warrington deems herself ‘sober curious’, imbibing on average one drink every six months — notably a mango mojito last June in Ibiza and wine at Christmas.

‘This means trying be super honest with myself about how a drink will make me feel and whether I really want it,’ she says. ‘I need to be able to answer those questions with integrity.’

What is the difference between sober curious and sober? Warrington explains the former means she does not identify as an alcoholic: she is not part of AA, she doesn’t ‘count days’. Nor has she even written off drinking again. She’s more mindful about whether or not to have alcohol and will consider having a drink if it feels completely right — but admits it ‘rarely ever does these days’.

Three years ago, Warrington launched an alcohol-free club night called Club Soda NYC, which invites partygoers to make merry without booze. The aim was to create a space for people ‘who were not addicted to the point where the next drink was going to land them in A&E but who were asking serious questions about the role of alcohol in their lives’.

Echoing the ethos of Club Soda, Sober Curious is not a book about addiction. It’s more an exploration into alcohol and its role in our lives. It’s funny and frank, discussing sensitive issues with no judgement. The book promises everything I’ve ever wanted: confidence, mental fortitude, better physicality.

‘But what about, you know, friendships?’ I ask, thinking about lunches lubricated by rose, aka my social life. She warns that friendships will change. 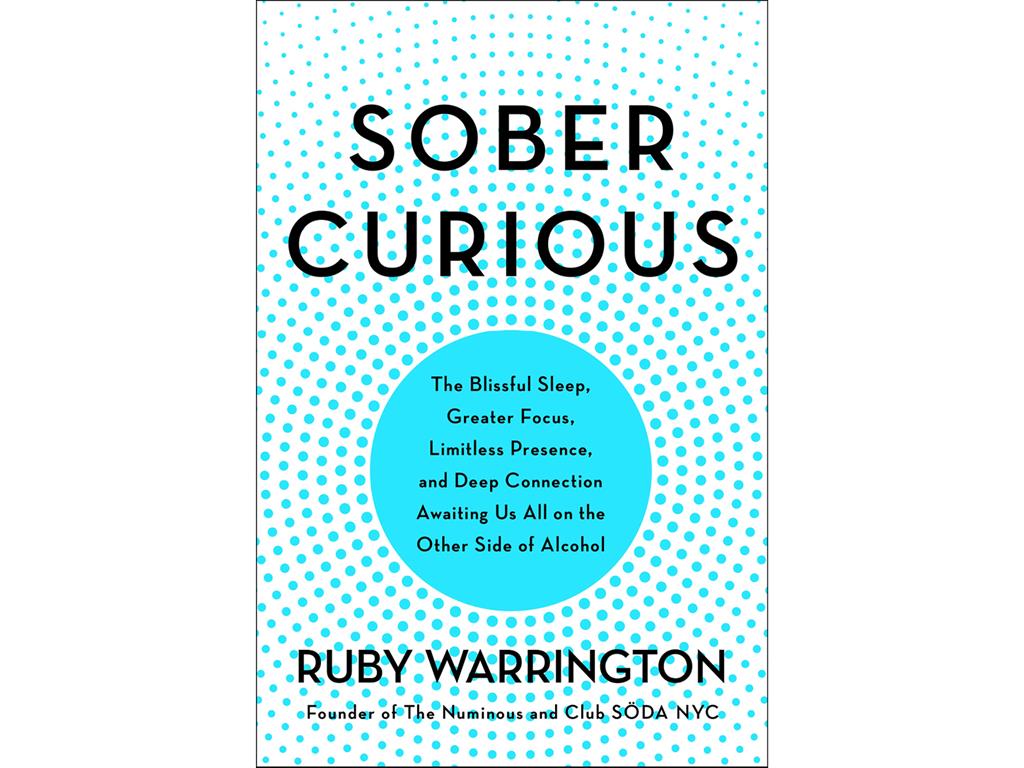 ‘You are going to be on a different level,’ says Warrington, whose partner still drinks. ‘I don’t devalue any of the amazing, bonding drinking times I had. But it is those people I feel connected to even though I no longer drink who are still my friends. That says a lot about the nature of friendships.’

Warrington coins phrases such as FOMA (fear of missing alcohol) and writes about sober firsts — the mere fact of being at events you’d normally experience tipsy at the very least.

‘You go through discomfort not drinking but the next day you feel like a rock star because you’ve had a brilliant time,’ says Warrington, who has four sober weddings under her belt. ‘It actually boosts your confidence.’

On day ten of dry January, I can only hope she’s right.

Sober Curious by Ruby Warrington (Harper Collins) is out now