THAT a podcast dedicated to failure could be such a roaring success is not only roundly ironic but wholly unsurprising given that it was the brainchild of Elizabeth Day.

An award-winning journalist and novelist with a double first from Cambridge University, who looks like she could be Rachel Weisz’s younger sister, on paper Elizabeth seems to be one of life’s winners. What could she possibly know about failure?

Quite a lot, as it turns out. How To Fail With Elizabeth Day, in which she interviews the likes of Lily Allen, Sebastian Faulks and Phoebe Waller-Bridge about the things that haven’t gone right, was conceived following a series of painful, life-changing events in Elizabeth’s own life.

‘To hear successful people talk about failure is enormously connecting,’ she says of her podcast, which now boasts more than half a million downloads and counting. And now her deep dive into failure has taken a new form — a book.

How To Fail is part memoir, part manifesto, and in chapters with names like [How To Fail] At Your Twenties and [How To Fail] At Anger you’ll learn about Elizabeth’s life through her setbacks. It is beautifully written, honest and a life raft for anyone who feels surrounded by perfection.

From her failure to make friends at secondary school in Northern Ireland, where she was the only English girl in class, through to the end of her marriage, miscarriage and struggle to simply ask for what she wants, Elizabeth lays herself bare.

She also has a particular talent for taking the sting out of the shame that holds hands with failure. Her chapter on how to fail at friendship will strike a chord with anyone who has feared losing a pal to a shiny new ‘rival’ or worried about the finality of ‘breaking up’ with a toxic friend. The chapter on failing at babies is as honest an account of the frustration and heartache of trying to conceive as you’re likely to read. Even when she discusses success, Elizabeth is frank when it comes to the setbacks within.

When her first novel was initially poorly reviewed and she recounts her embarrassment and the fact she cried buckets about it, you’re right with her, identifying with and sharing in the shame. Somehow, in doing so the potency diminishes.

While it is essentially a catalogue of failures, throughout which Elizabeth confronts uncomfortable truths about herself, this is no pity party because for every failure Elizabeth reveals what she has learnt from the experience.

‘Failure is an inelegant term because it encompasses so much — the same can be said for success,’ she says when discussing what defines failure. ‘Failure can be seen as something that just is. How you respond to it depends on the emotion you attach to it.’

But why do we strive for perfection when, time and again, we are shown it is not as attractive as authenticity or synonymous with happiness?

‘Part of being human is the desire to quest for something and to be the hero in one’s own narrative,’ says Elizabeth. ‘This is how we progress as a society.’ 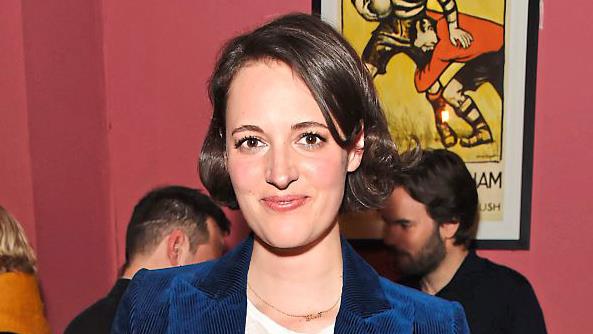 She does link social media to the pursuit of perfection — something she tackles in the [How To Fail] At Being Gwyneth Paltrow chapter.

‘We live in an age where celebrity is not only aspirational but also accessible,’ she says. ‘We feel we should be doing what celebrities do. I love social media and think it’s a force for enormous good but only if you curate it for yourself. I don’t follow people who make me feel bad about myself.’

Can you get better at failing?

‘Completely,’ she says. ‘I think you can flex the emotional muscle of resilience. This means the next time you are confronted with failure you are less freaked out by it and have more of a sense of your strength.’

The take-home from the book is clear — one must not only embrace failure but see it as a stepping stone to success, to acknowledge that there can’t be one without the other. As Elizabeth herself puts it: ‘In learning how to fail you actually learn to succeed better.’

How To Fail: Everything I’ve Ever Learned From Things Going Wrong by Elizabeth Day (4th Estate) is out today. Elizabeth will be performing How To Fail Live with special guests at London’s Rio Cinema today and Bridge Theatre on May 5. faneproductions.com/howtofail

WHEN approaching guests for her podcast on failure, Elizabeth Day found women tended to worry they had too many to choose from while men questioned whether they had any at all.

‘Most people tend to have a very harsh internal critic, which I find to be more present in women than men,’ she says. ‘The men tended to have a healthier — and some might say more entitled — approach to failure, which I think underconfident women can learn from.’

Day thinks that a cultural tendency to raise young girls to be nice, friendly and good has had a long-term effect.

‘I became an inveterate people pleaser who couldn’t “own” my own successes and found myself being self-deprecating in order to win people over,’ she says.

‘I’m so done with that. I think empathy and kindness are the most important human values but there’s a lot to be said for owning the space.’