Someone is standing right next to me, breathing on me, in a shop queue. What should I do?

Move yourself away from the other person — that’s the easiest solution that doesn’t involve confrontation. If you move and they continue to stand close to you, politely turn around and say, ‘For the benefit of your health, please may I ask you to take a step back?’ Always couch the statement as if you’re thinking of them. Or just remove yourself and stand at the back of the queue — no one’s in too much of a rush at the moment.

My neighbour is having a barbecue. Should I call the police?

You don’t need to worry too much unless they are breaking the number of people they are allowed to have in their garden. Then it’s your call. It depends how well you get on with your neighbour or would like to get on with your neighbour. Karma will catch up with them so I would be inclined not to do anything. Once all this passes you’ll still live next to them. I wouldn’t be too high and mighty as it sets you up for a fall if you interpret rules differently in a few weeks’ time. The trouble with the moral high ground is that people don’t stay on it for very long.

How do you get out of a Zoom quiz when the organiser knows you’re free?

You don’t need to explain why, you can just say, ‘I can’t make that time.’ If pushed, you can simply say, ‘I’m bored of Zoom quizzes.’ No one can argue with the truth.

What’s the polite way of being the first to leave a Zoom ‘drinks’ call?

Within the first five minutes, set yourself up with a reason to go, such as ‘I must phone my mother in half an hour’. In the real world you turn up to a drinks party for half an hour, say hello to the key people and go to the next one — you don’t have to stay for the entire three hours. That applies to the digital world. I still have a landline and they’re useful for this sort of thing: you can discreetly phone your landline from your mobile and say something’s come up. It’s terribly mysterious and no one argues.

If you’re in a boring Zoom meeting, is it OK to turn the camera off and make a tea?

If you aren’t a key participant in the item being discussed it’s perfectly fair for you to message the meeting host, say ‘back in two minutes’ and switch the camera off. In the office you might have got up to get something from the coffee machine if it was a very long meeting and there should be no difference in the home. 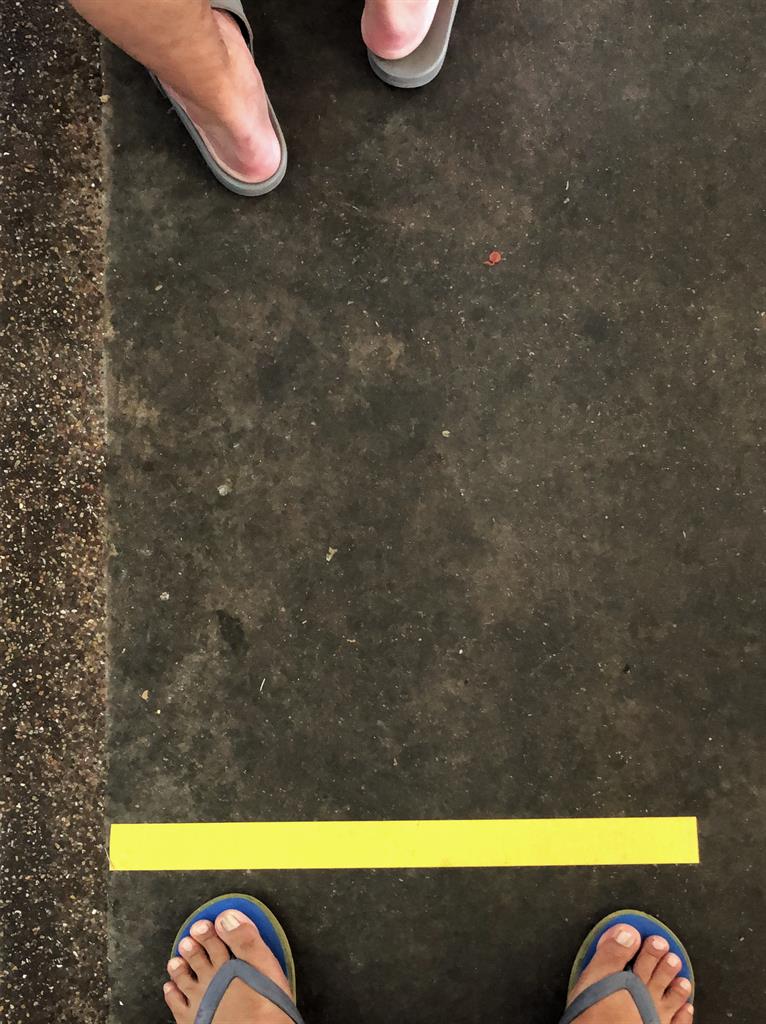 You can still hold the door open for people as the door is a barrier between you and the other person — it’s a physical barrier in the same way a Perspex screen in a shop separates you from a cashier.

How would you prepare the bathroom for socially distanced garden guests?

Have antibacterial wipes out on the side so they can wipe down anything they’ve touched before they leave. I don’t like having one hand towel for every single guest who uses the bathroom so I have flannels rolled up with a separate bin to put them in. It’s one use and much more hygienic.

How do you safely serve guests drinks in the garden?

You can use different-coloured glasses so everyone knows which is theirs. I’d have multiple jugs of water or whatever it is you’re serving so couples can stick to their own jug and there’s no cross-contamination.

How do you check in advance if your garden host is going to break the rules and invite six people?

Say ‘I’d love to come, should I bring muffins? How many are coming and how many muffins do I need to bring?’ Then you can perhaps duck out if over six people are there or arrive early and leave when someone else turns up.

■ Hanson is co-presenter of Help I Sexted My Boss, which has been nominated for a British Podcast Award and is on all the usual podcast providers