WITH her megawatt smile, soft, lilting southern American drawl and perfect caramel highlights, aone would hazard a guess that Suzy Batiz made her hundreds of millions of dollars in the fashion or beauty industry.

But Batiz, 55, is a poop magnate. In fact, her business card identifies her as ‘poo executive officer’. She created and developed Poo-Pourri, a ‘before you go’ essential oil spray used to stop plop smells in their tracks before they even happen, hitting on the idea after someone fugged out the bathroom at a family dinner back in 2006.

‘There are evolutionary reasons why we don’t want our poop to smell,’ she says on the subject of why almost half of British women say they are ‘too scared’ to have a poo at work. ‘Our repulsion towards it is natural. I was one of those women who was constipated for years — so stressed out I couldn’t poo. Letting go… it’s a real issue. But there are lots of things to worry about in life and whether your poo stinks shouldn’t be one of them.’

To date, 100 million bottles have been sold (and it’s just become available on Amazon and Ocado in the UK), netting Batiz — who owns 97 per cent of her company with no investment (her three children owning the remaining one per cent each) — a fortune estimated by Forbes to be around $240million in late 2019.

To say thrice-married Batiz has succeeded against the odds is an understatement. She grew up in a poor household in rural Arkansas and is a survivor of sexual and domestic abuse, depression and a suicide attempt. She says both her parents had mental health issues and her father was an alcoholic. Batiz always believed money was her escape and she got her first job, aged 15, at a local Burger King (‘you needed to be 16,’ she says, ‘but they never asked to see a driver’s licence’).

Before launching Poo-Pourri in 2007, Batiz had two bankruptcies behind her — a bridal shop she bought aged 19 in her home town, which failed less than two years later, and a recruitment business in 2001. When money was low, she entered bikini contests and ran a business selling lingerie to strippers to support her family.

It was what she calls ‘the luxury of losing everything’ that led Batiz to where she is now. Not literally, as she’s talking to me from what appears (on her Instagram) to be a breathtaking hilltop mansion above Beverly Hills, where she’s been locked down for three months after getting stuck in Los Angeles (her home is in Dallas).

After her second bankruptcy, Batiz took what she calls ‘a spiritual sabbatical’ and vowed never again to get into debt or start up another business. But then she and her former husband, Hector, had their idea to make poo not stink.

Batiz, who had long been interested in essential oils, began experimenting with different spray formulations that sit on top of the water in the toilet bowl. Poo-Pourri works by trapping the scent of malodorous excrement underneath the essential oil. The formula is secret but while Batiz was experimenting she admits to arming visiting friends and family members with a spray before they used the bathroom, then checking the efficacy of her prototypes with a quick sniff.

A year later in 2007, Batiz began giving bottles to friends. Word spread and she got her first stockist. By the end of her first year, Poo-Pourri had sold 260,000 bottles, notching $1million in revenue. By 2012, it was $8million a year. Then Batiz decided to take things up a notch.

Perhaps you’ve seen Poo-Pourri’s resulting Girls Don’t Poop viral video? Featuring a British girl in pearls sat on the loo confessing her toilet smells shame, it’s had almost 45million views on YouTube with comments such as ‘this is the only advert I will never ever skip’ and ‘this is the best commercial I have ever seen in my entire life’.

It sent the product stratospheric. In 2014, sales had increased 80 per cent to over $27million.

‘What’s so amazing about the advert is that we were just brutally honest,’ Batiz says. ‘It was at a time when people weren’t [talking about poo]… poo was a taboo and it was shocking. We said things people don’t say.’

Batiz is entertainingly comedic (her company HQ in Addison, Texas, has neon poo emojis on the wall and signs telling people to ‘Do Epic S***’) but she’s also deep. A big believer in ‘the power of transformation’, Batiz lives by the mantra of listening to and harnessing intuition, not just in life but in business. She also seems surprisingly candid for a multimillionaire business owner. 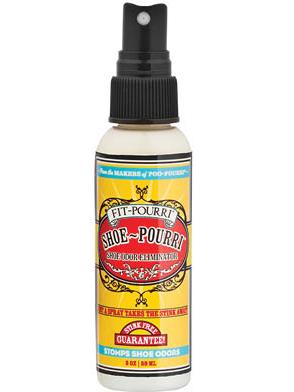 ‘We had a rough first quarter,’ she says of the start of 2020 at Poo-Pourri. ‘One of our major customers cancelled a multimillion-dollar shipment. Losing 20 to 25 per cent of your revenue, that’s no small deal.

‘When the pandemic hit, I was in LA… I noticed no one could find hand sanitiser so I called the team and we decided to make some. We needed to pivot and quickly. From idea to shelf it was six weeks, which is pretty unheard of. We had a really intuitive hit. Speed and agility is our superpower at this company. It would take one of the big guys 18 months to come up with a new product.’

Batiz doesn’t only do poo — there’s Shoe-Pourri for, you guessed it, fighting foot odour and one for pet smells — but what she won’t do is make products for the sake of it.

‘I won’t just create a product that’s “hot”,’ she says. ‘I feel strongly that we don’t need more products in the world unless they make a difference.’

Hence Supernatural, her range of sustainable chemical-free cleaning products that sold out within two hours on Goop in October 2018. There are more new — as yet secret — ‘taboo- busting’ products on the horizon too.

While being driven is ‘in her DNA’, Batiz admits to having enjoyed the respite from the whirlwind of normal life over the past three months.

‘I look at it as a cosmic time out,’ she says. ‘A time to pause, to look at what we want to do and what we have been doing…’ 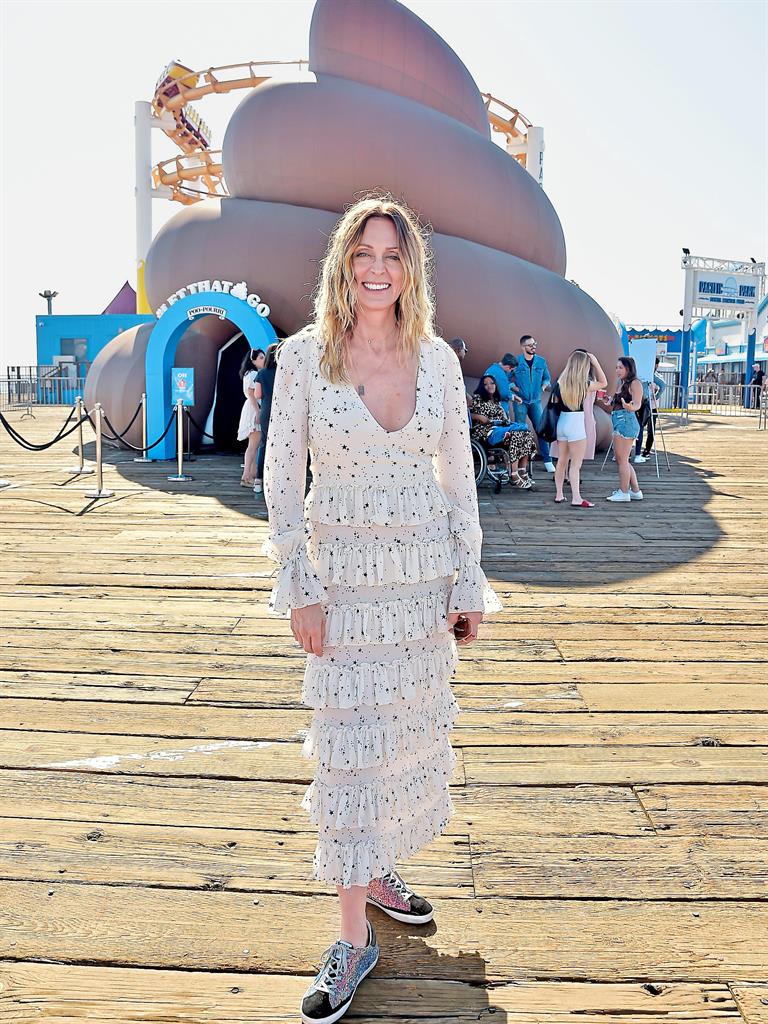 So what words of advice would Batiz give to wannabe entrepreneurs? They’re simple.

It’s certainly worked for her.