MANCHESTER City have not given up hope of persuading Sergio Aguero to stay beyond the end of his contract, which runs out after next season.

Having lost long-serving Vincent Kompany and David Silva last summer and this, City chairman Khaldoon Al Mubarak hinted 32-year-old Aguero — the club’s leading goalscorer of all time — could extend his stay at the Etihad.

‘They are part of the DNA of the club now and the decision of them to continuing or stopping, it’s the comfort zone they have to decide.

‘It was the same way with Vincent. He left when he felt it was right for him to leave and the same thing with David.

‘Sergio is going to be the same and we will work it out together and it will be very natural, wherever that is, this year or the year after. It will play out in a comfortable way, whatever Sergio decides.’

Khaldoon also plans to take a relaxed approach to discussions with manager Pep Guardiola, who also has just ten months of his contract to run. 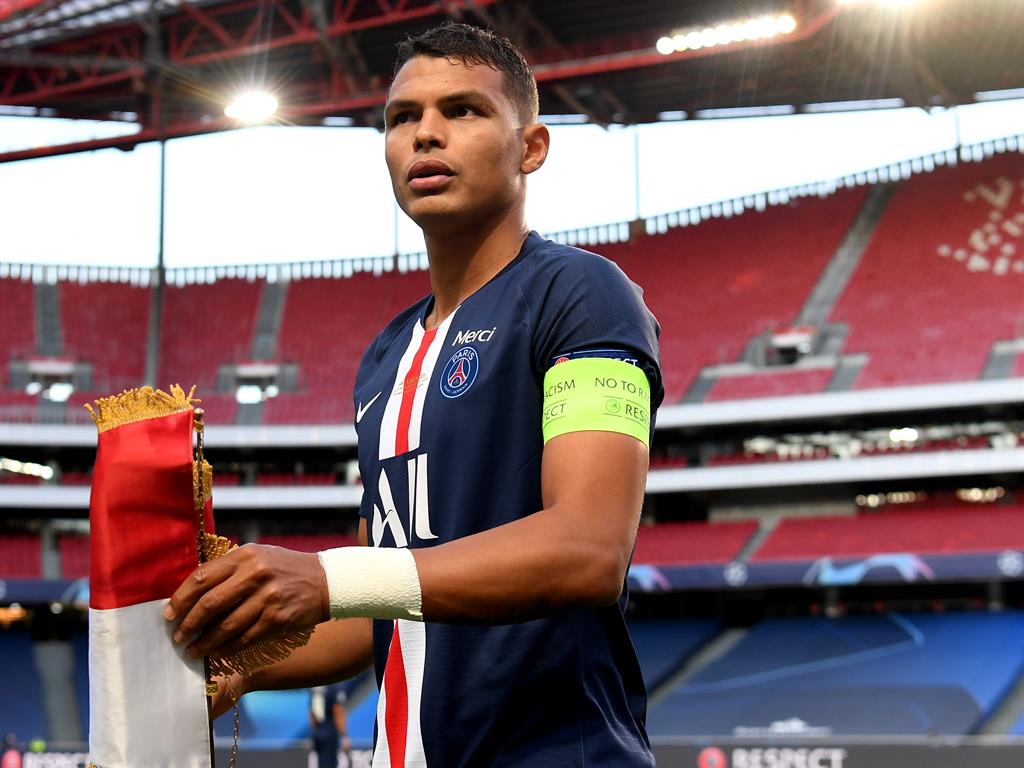 ■ Eleventh-hour efforts by Paris Saint-Germain to keep Thiago Silva are unlikely to halt his move to Chelsea. The 35-year-old Brazil defender (pictured) , whose contract is up, is set to have his Blues medical tomorrow and join the influx of players under Frank Lampard this summer. Free-agent striker Pedro, meanwhile, has had his move to Roma confirmed — his last Chelsea outing was the FA Cup final, where he dislocated his shoulder.

Kolasinac’s closing in on a return to Schalke

SEAD KOLASINAC could be handed a return to former club Schalke if the German club can reach agreement with Arsenal.

The 27-year-old Bosnia international is reportedly keen on a return to his homeland for personal reasons.

With the cash-strapped Bundesliga side having self-imposed a salary cap, they have put together a proposal to take Kolasinac on loan, with the Gunners funding some of his wages.

Kolasinac, who joined Arsenal from Schalke in 2017, stood up to an attack by armed car-jackers who targeted him and team-mate Mesut Ozil in Hampstead last year.

■ 16 — Age of Germany youth international Melkamu Frauendorf who has joined Liverpool from Hoffenheim. The attacking midfielder, who has signed a scholarship agreement, was born in Ethiopia but has won six caps for Germany at Under-15 and Under-16 levels

■ LEEDS are on the brink of pipping Arsenal to sign Valencia striker Rodrigo Moreno. They are understood to have agreed a club-record £30million fee — well down on the £50m the 29-year-old was valued at recently.

■ CRYSTAL Palace have had a bid for Eberechi Eze accepted after coming close to QPR’s £20m asking price.

■ MIDFIELDER Morgan Gibbs-White, 20, who made seven Premier League appearances last term, will spend the season at Swansea from Wolves.

■ CARDIFF are set to sign Arsenal right-back Jordi Osei-Tutu, 21, on a season-long loan.