A FAMILY has revealed the heartbreaking story of a 16-year-old who went off to fight in World War I after being sent white feathers — and was killed just months before the conflict ended.

Despite being underage when he joined the Army, Edward Martindale fought bravely for nearly four years until he died in northern France in March 1918.

His name is etched on the war memorial in Largs, North Ayrshire. But with the centenary of the end of the war little more than a week away, his great-niece Sheena MacLean wants his story told.

Her grandmother, Elizabeth MacLean, doted on her younger brother and never recovered from his death. ‘She spoke about it to me many times with deep sadness and emotion, even in her final year aged 89,’ said Mrs MacLean.

Edward lied about his age and joined up in 1914 after a box of white feathers — a taunting symbol of cowardice — was sent to the family home. Mrs MacLean, 59, believes a neighbour sent the package.

‘The family were distraught by the act, but even more so when Edward quickly volunteered. I was told he was faced with the prospect of bringing shame on his family and felt he had no choice but to sign up — even though he knew he was likely to die as a result.’

Sheena treasures a framed black-and-white portrait of the handsome teenager in uniform. ‘It is a great reminder, as well as warning, of the terrible suffering of war and conflict,’ said the mum-of-two.

Edward, a Queen’s Own Cameron Highlander, is buried at Faubourg-d’Amiens Commonwealth cemetery in Arras. 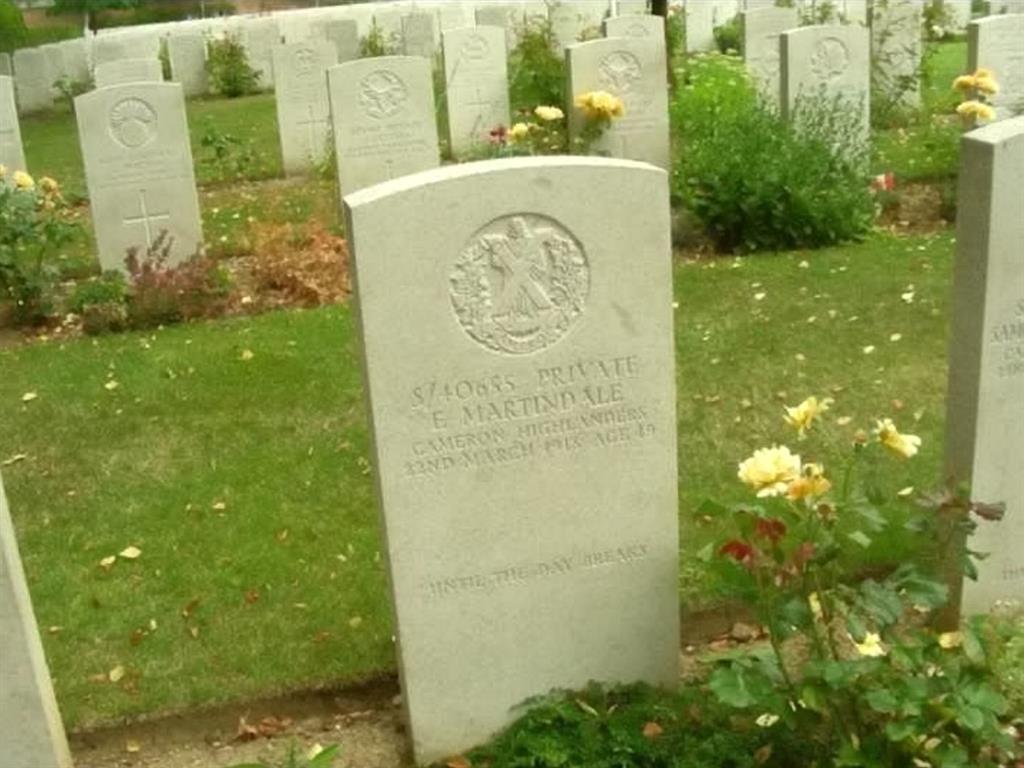 During her poignant investigations, Mrs MacLean uncovered the will he wrote before he left for war. ‘He states he had “nothing to leave”, but should he acquire anything before his death, he would leave it to his mother,’ she said.