TOURNAMENT director Craig Tiley insisted poor air quality in Melbourne is not a threat to the Australian Open being completed on schedule and defended organisers’ handling of the situation.

A number of players were furious at being asked to compete in smoky conditions for the first round of qualifying on Tuesday as the bush fires that have devastated parts of the country made their presence felt.

Slovenia’s Dalila Jakupovic retired from her match after having a coughing fit on court, saying afterwards that she was worried about her health, and several other players needed treatment.

Britain’s Liam Broady lost his first-round match against Ilya Ivashka on Tuesday and, in a message on Twitter, reiterated his unhappiness with the position in which players were put.

The 26-year-old from Stockport wrote: ‘The more I think about the conditions we played in a few days ago, the more it boils my blood. We can’t let this slide.

‘The email we received yesterday from the ATP and AO was a slap in the face. Conditions were ‘playable’. Were they healthy? Citizens of Melbourne were warned to keep their animals indoors the day I played qualifying, and yet we were expected to go outside for high intensity physical competition?

He continued: ‘’On tour we let so many things go that aren’t right but at some point we have to make a stand. ALL players need protection not just a select few.’

Defending its decision to carry on with the tournament, Tiley stressed the decisions that have been made have been based on advice from medical experts and the Environment Protection Authority and following consultation with other sports.

He said: ‘We’ve said all along, and I’ll repeat it again, their safety, their well-being, their health, is of priority to us, as it is with our staff and our fans.

‘We’ve done the best we can in communicating with the tours. One thing I can say is this is about trusting the medical advice and the scientific advice.

‘We care deeply about the players.’ 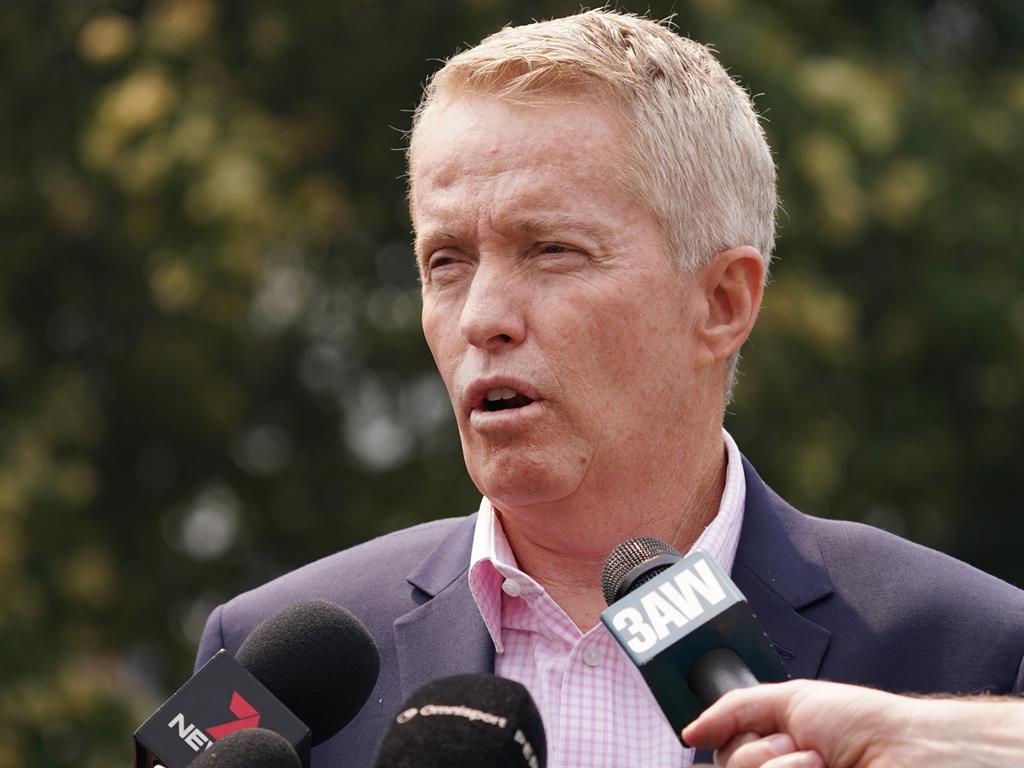 A change in the wind direction on Thursday led to much cooler, clearer conditions but there is every possibility of the smoke returning at some point during the main tournament, which begins on Monday.

There had been speculation the tournament may even be cancelled because of the issue, but Tiley (pictured above) maintained that, as far as possible, it will be business as usual.