‘I REALLY bring my work home with me,’ laughs fitness expert and pop singer Stacey Jackson as she reminisces about the day scantily clad dancers cavorted on her kitchen island for her 2016 pop video Pour Some Sugar On Me. 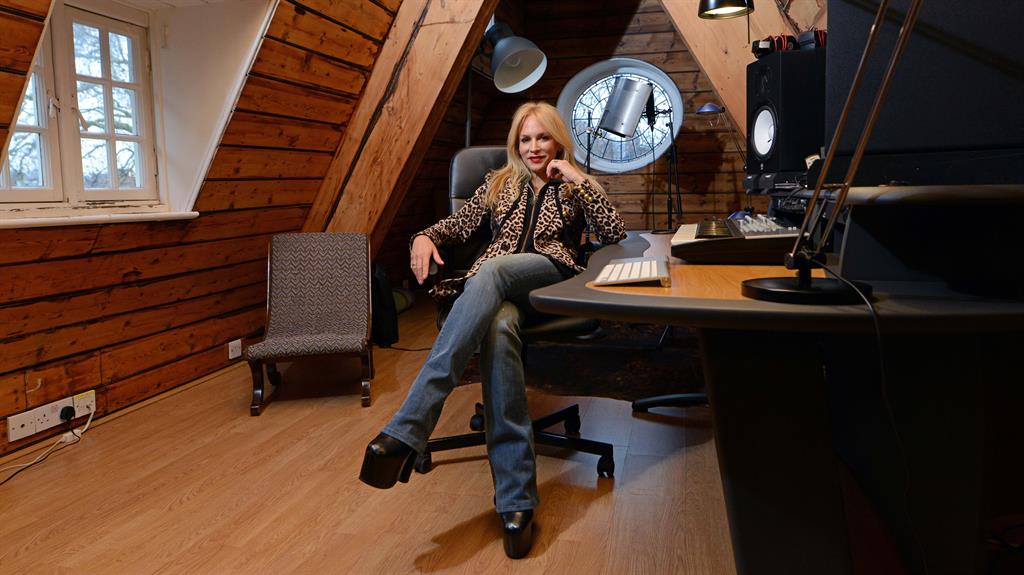 She was at it again just recently — filming a full 30-minute, high-impact aerobics class in the kitchen to go with her latest album, StaePumped Volume 2. ‘We had to move the chairs out of the way,’ says Stacey — who rather handily has a very roomy kitchen in her 19th century Earl’s Court home.

Stacey has been renting the seven-bedroom abode with her banker husband and four children for almost ten years. The couple originally moved to the UK, on what they thought would be a temporary basis, when Henry’s work took him from New York to London. Both of their careers took off shortly afterwards and the couple decided to stay — with Stacey doing much of her work from her home. 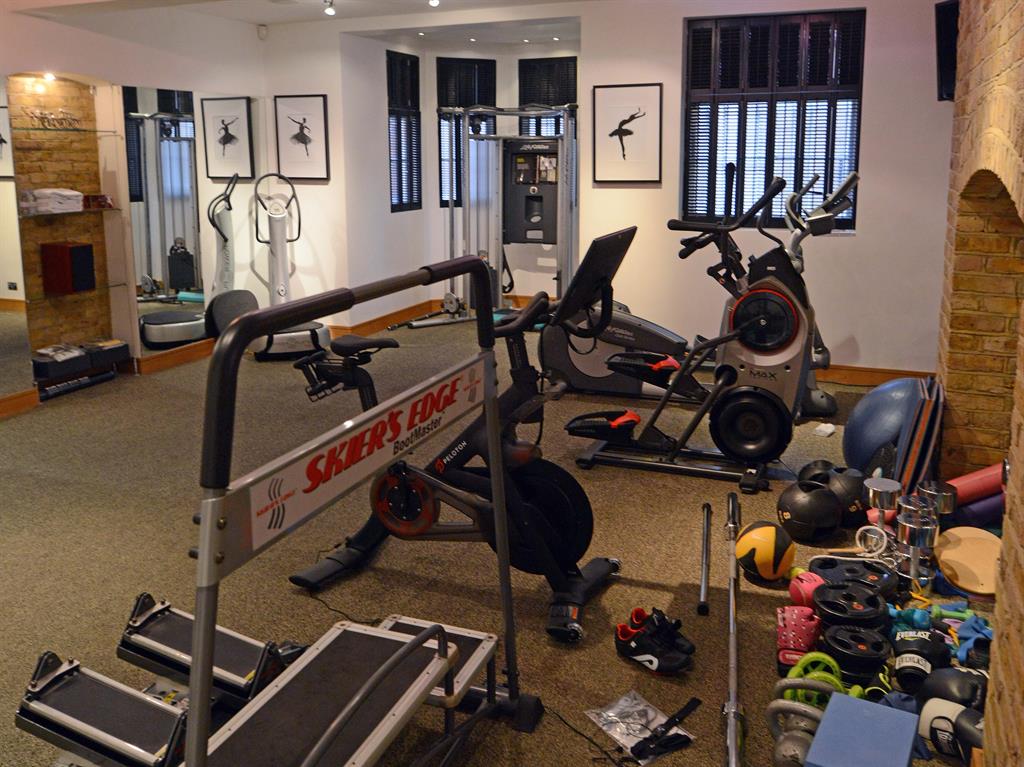 Stacey has turned the basement into a gym so she can remain in tip-top shape for her fitness work — which includes a range of patented exercise apparel. The basement now features a power plate, cross trainer, climbing machine, exercise bike, downhill skiing machine, treadmill and cable machine. ‘My gym is my world,’ says Stacey, who is 50. ‘I work out every single day and that’s because I wake up and just have to walk downstairs — there’s no excuse.’ And Stacey — who had a UK Commercial Pop Club Top Ten hit with Snoop Dogg collaboration Live It Up — also works at the opposite end of the house, in her recording studio in the attic.

‘It’s my sanctuary,’ she says. And, despite the property being rented, she has managed to stamp her energetic personality on it, thanks to her passion for art. A figurative sculpture in her hallway is by her aunt, Canadian artist Pearl Levy. ‘She is 89-years- old and my idol,’ says Stacey fondly. ‘She’s still climbing up ladders and chiselling marble. She’s unbelievable.’ There are a few eye-catching pieces — including a large work by British artist Jeremy Dickinson, which is a highly stylised map of the South East, illustrated by the types of buses that run in each area. 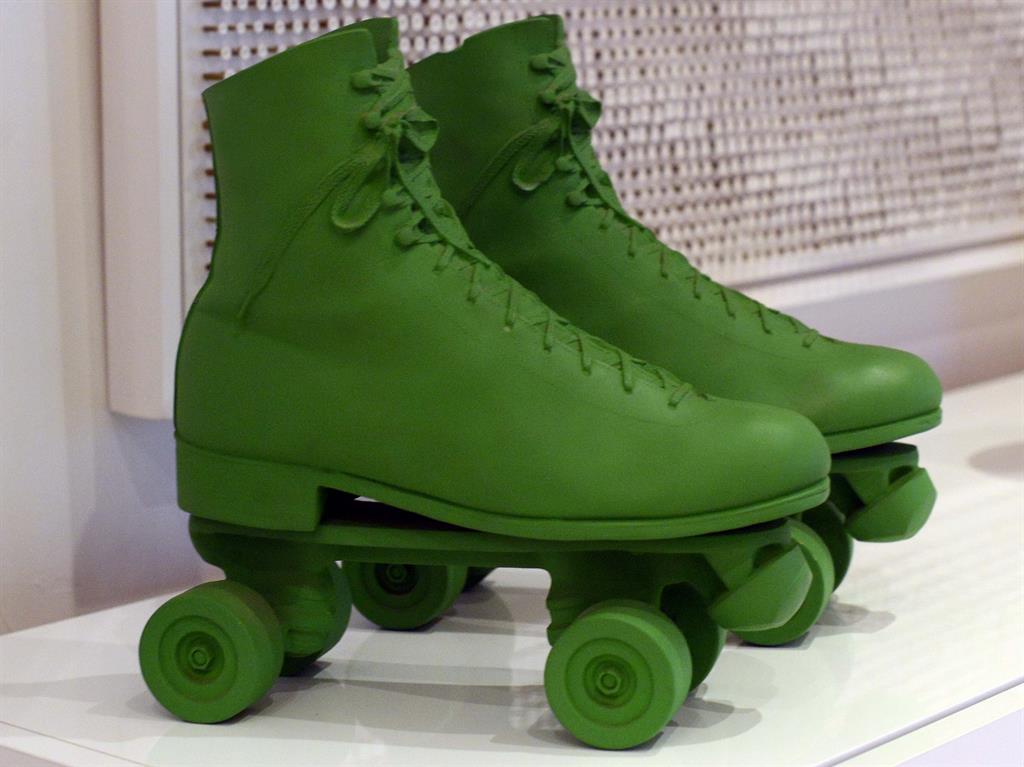 A pair of splendid green roller skates, which were a birthday present from friends, sit on top of a cabinet. And another gift can be found in the high-ceilinged hallway — a giant hologrammatic portrait of Barbie that goes from fully clothed to naked depending on from what angle the viewer sees it. It is from a series of controversial depictions of the legendary plastic icon by French artist Cecile Plaisance (both pictured). 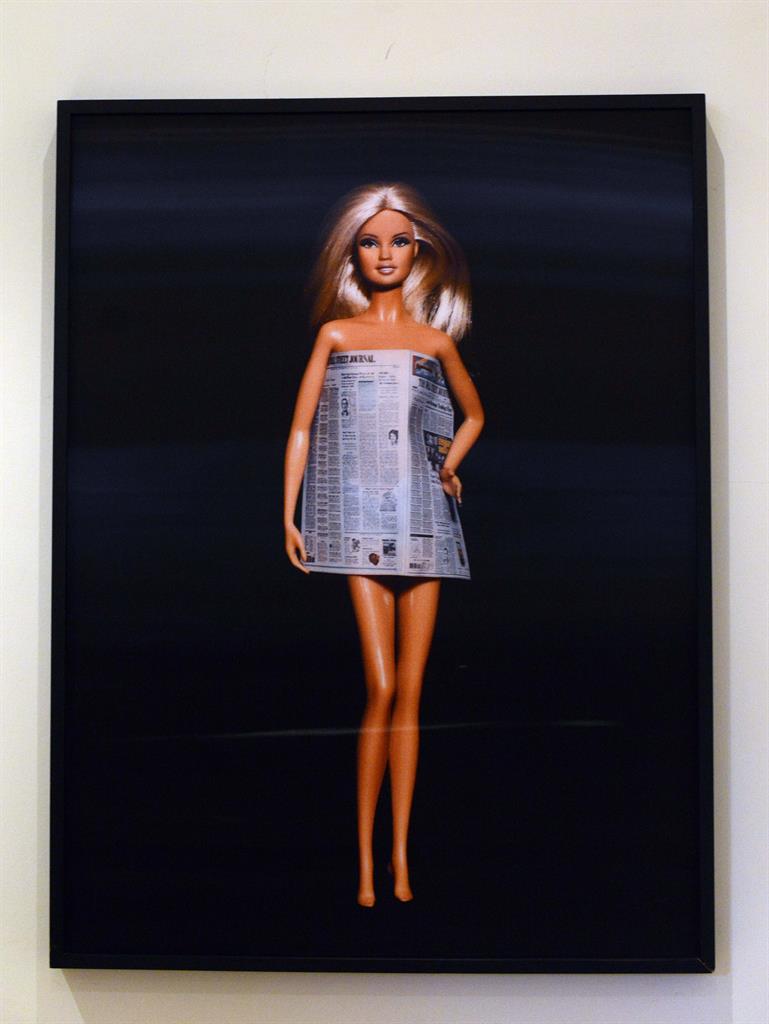 Another portrait hangs in the large living room — this time it’s of Stacey herself, painted by artist David Cobley.

‘There is a toy car in my pocket in the picture,’ explains Stacey, ‘because when I answered the door to David I nearly tripped over a bunch of toy cars. I had young sons at the time and there were a lot of toy cars around. He suggested we should incorporate that in the portrait.’

Stacey and her husband originally anticipated only being in the UK for two years. ‘But the family got bigger and there’s plenty of space here for the children and guests,’ says Stacey. ‘It’s also lovely and inviting — it’s big, but very homely.’ 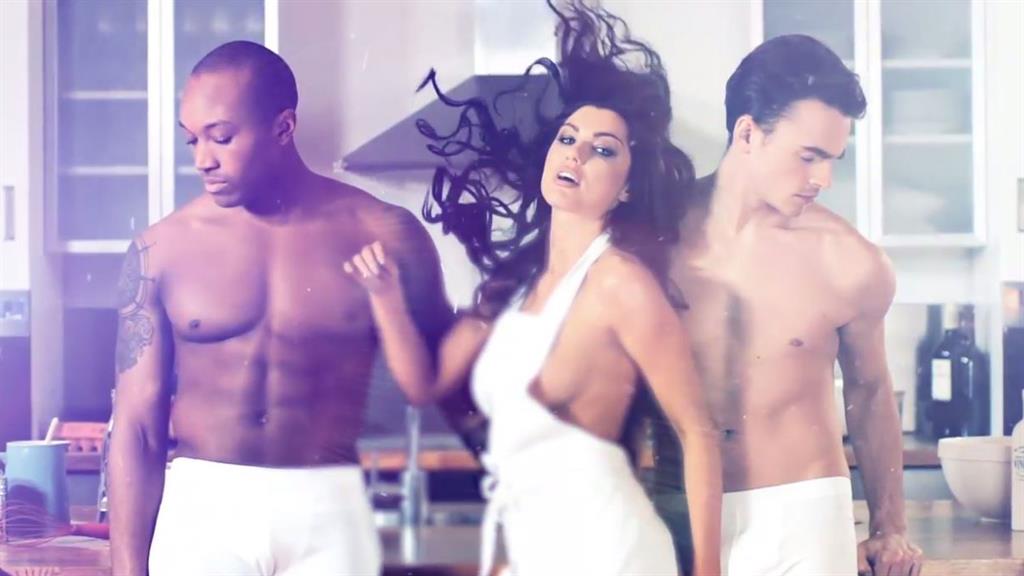 Stacey and her family now want to buy — and she wants something in a similar area of central London. With her children heading off to university she is thinking of downsizing — but not too much. ‘I have four children and they each need a room. I’m not ready to say “You’ve left the nest, there’s no room for you now.” And I’d need space for a gym and a studio.

‘I have got all the property apps but I just cannot find anything. And with Brexit there is a lot of uncertainty for buyers.’

Stacey says her taste has changed over the years. ‘When we were living in New York we liked old English antiques. Now I’d say my taste is quite simple. I just want a clean blank canvas. I’ve got too much stuff. I’m looking forward to downsizing. It’s a time in your life when you reflect and say ‘I’ve just got so much s***!’’

■ Stacey Jackson is a singer/ songwriter and founder of StaeFit sportswear. She has just launched her IGTV video diaries series at: instagram.com/staerox