MILLIONS more people in London and across England will face tougher coronavirus restrictions from Saturday.

The health secretary announced today that the capital, along with Essex, Elmbridge, Barrow-in-Furness, York, north-east Derbyshire, Erewash and Chesterfield, will move into the second tier of measures — including a ban on households mixing indoors, including pubs and restaurants.

But a furious row has broken out between the government and leaders in Greater Manchester over efforts to impose tighter coronavirus restrictions and see it moved into tier 3.

Mr Hancock’s announcement means that more than half of England’s population will be under tier 2 ‘high’ alert or tier 3 ‘very high’ restrictions. 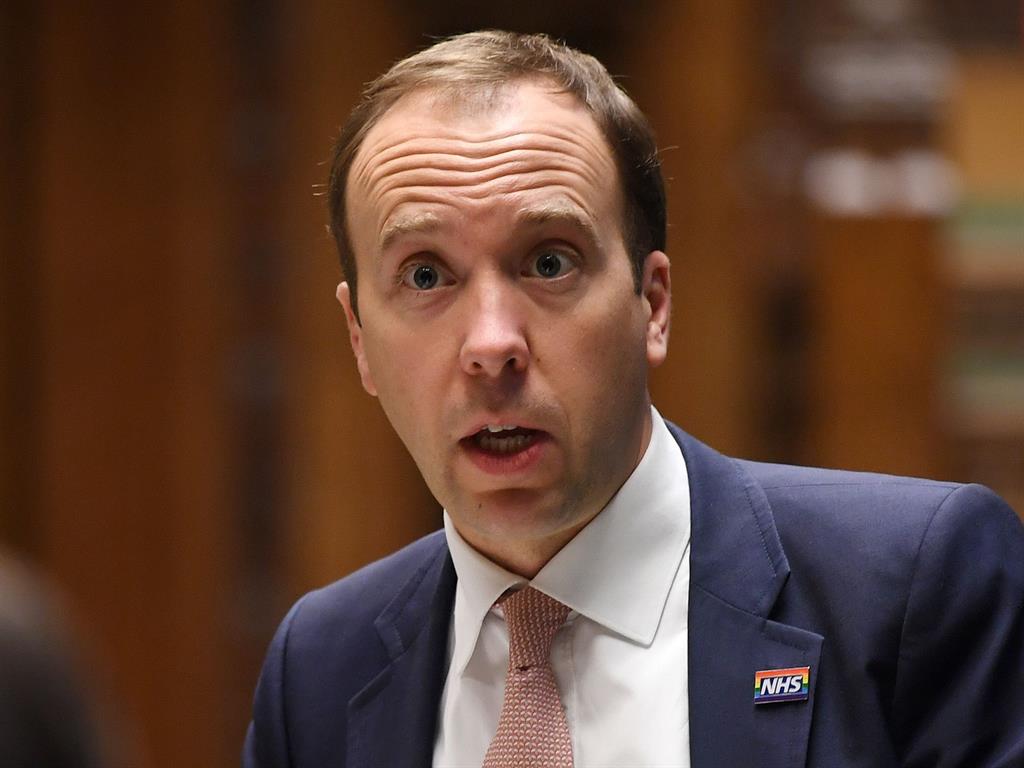 Mr Hancock (pictured) told MPs: ‘Let us be under no illusions about the danger posed by this virus.

‘Coronavirus is deadly and it is now spreading exponentially in the UK.’

The new tiered system only came into effect yesterday and the decision to re-categorise areas so soon is an indication of growing concerns about the speed at which the virus is again spreading.

A call between Greater Manchester leaders and Downing Street officials failed to reach an agreement on new restrictions.

A key sticking point is the extra funding that would be made available to Greater Manchester if harsher lockdown measures are imposed.

Greater Manchester’s mayor Andy Burnham has threatened legal action if tier 3 restrictions are imposed without agreement and accused ministers of treating the region as a ‘sacrificial lamb’.

He told a press briefing: ‘I’ve said it may be that we need to look at a national circuit-break as preferable to this unfunded, risky regional lockdown strategy.

‘We have to protect the health of the nation but let’s do it as one nation, and not make the north of England the sacrificial lamb for an ill-thought-through Downing Street policy which doesn’t make sense in the real world.’

‘We aren’t going to be pushed around any more.’

Further meetings are planned between the government and Greater Manchester’s leaders.

The health secretary added: ‘We must take firm and balanced decisions to keep this virus under control.

‘This is the only way to protect lives and livelihoods — and we must act now.

London mayor Sadiq Khan told City Hall the move to tier 2 is based on ‘expert public health and scientific advice about what is necessary to save lives in the capital’ but stressed that he was pushing for extra support from the government.

‘Nobody wants to see more restrictions, but this is deemed to be necessary in order to protect Londoners’ lives by myself, London council leaders and by ministers,’ he said.

As the latest restrictions were announced, the troubled NHS test and trace system recorded its worst ever week for contact tracing.

Data shows 62.6 per cent of close contacts of people who tested positive for Covid-19 in England were reached through the system in the week ending October 7.

This is the lowest weekly percentage since test and trace began, and is down from 69.5 per cent the previous week.

Meanwhile, Northern Ireland is braced for the toughest controls in the UK so far, with pubs and restaurants set to close for four weeks from Friday and schools facing a two-week shutdown.

And the UK government described a decision by the Welsh government to ban travel to the country from other parts of the UK with high levels of coronavirus infection as ‘disappointing’.