MEMORIES have a unique genetic signature in the brain — a code that has only just been discovered and unlocked. The findings, seen in mice, suggest we may be able to read people’s memories by examining the patterns in their brains and even one day alter or repair them to treat psychiatric disorders or memory loss.

The brain seems to store memories in new connections between neurons. To do this, the neurons need to make new proteins — a process that is thought to be controlled by hundreds of genes.

A team at Hebrew University in Jerusalem led by Dr Ami Citri discovered that various experiences led to different changes in gene activity in the brains of mice. The mice were given positive or negative experiences — electric shocks, a sugar treat, a chemical that made them feel ill or cocaine. An hour later, they were euthanised and the team looked at which genes had been active in the seven areas of the brain involved in memory.

Dr Citri found that all mice given a particular experience showed the same general pattern of gene activity. Patterns were so clear that the team could guess what experience a mouse had with over 90 per cent accuracy. While each experience had its own pattern, the signatures of the more positive experiences were relatively similar, as were the negative ones, suggesting bad memories and good memories are recorded differently. Previous events also had an effect. The memory of sugar had a different signature if it was a mouse’s first taste, compared to if it already had a sweet tooth.

The pattern of gene activity seemed to peak about an hour after the experience. Dr Citri hopes it will be possible to detect genetic memory signatures in blood samples so the code could be read in live animals or people. The findings may give deeper insights into conditions such post-traumatic stress disorder, and even lead to new treatments that alter memories. Instead of changing how patients respond to past traumas or phobias, their genetic signature could be altered — turning a painful memory into a positive one.

The memory code might even reveal the most recent experiences of a murder victim. For example, it might be possible to reveal if they saw someone they knew before they died. ‘You would have to get in there extremely quickly,’ said Prof Clea Warburton of the University of Bristol. ‘It probably wouldn’t give you more information than a good forensic scientist, but I wouldn’t be surprised if we end up with a film about this.’

She says treating memory loss may be a better application of the findings. ‘If we can identify the brain regions and proteins necessary for memory formation, we can manipulate the neurons. When people have brain damage, we could help restore memory.’

Wasps hit the beat when it’s time to eat

WASPS drum up interest in food by banging their abdomens against the walls of their nest to inform others that food is available.

Researchers at the City University of New York took six colonies of German yellowjacket wasps and housed them in artificial nests. 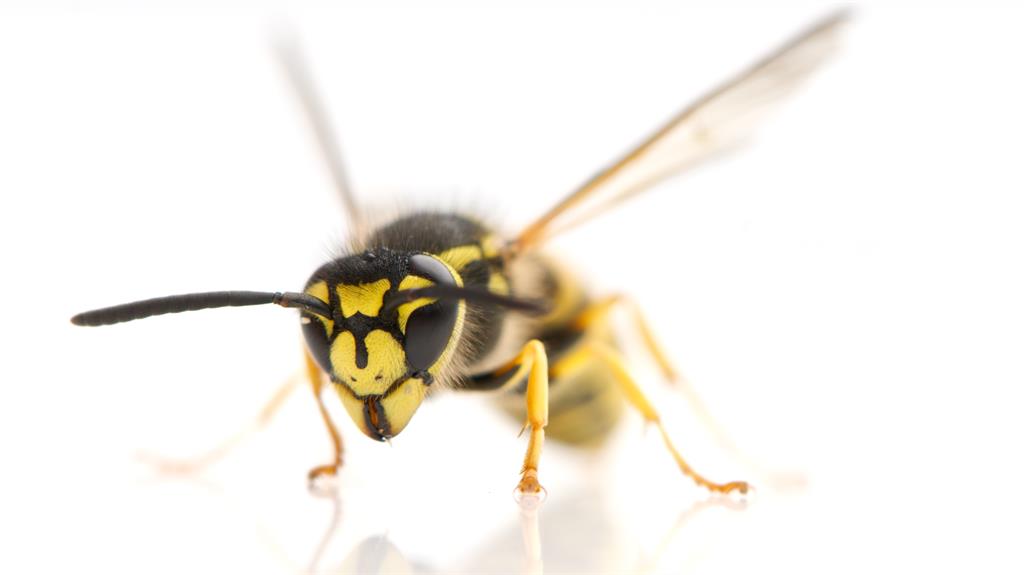 The wasps were allowed to freely forage for a day, but the next day they were shut in and given only water or a sucrose solution. On the third day, the exit was opened again.

Drumming declined when the wasps were given only water, suggesting it was not a signal of hunger. The wasps drummed more when sucrose was offered, and the levels of drumming consistently returned to a baseline level on the third day. This suggests that wasps drum to alert each other to the presence of food.

A sudden rush of blood to mini heads

Organoids are small 3D clumps of tissue that behave more naturally in a lab than cells in a dish.

They rarely reach more than 2mm in width because they have to be kept alive in a liquid containing nutrients and die if they get too big as not enough nutrients get through.

To overcome this, Dr Ben Waldau at the University of California at Davis coated mini brains grown from donated cells with a gel containing blood vessel cells. After a month, blood vessels had grown into the centre of the organoids.

The next step is to see if this will enable brain organoids to grow bigger.

Chanel meets her match in AI

COCO CHANEL had it; Yves Saint Laurent and Gianni Versace too. Originality made these designers famous. Now a team at Facebook is using artificial intelligence to take fashion in bold new directions.

Researchers coaxed AIs into designing about 1,000 items of clothing, from jumpers to T-shirts. They used algorithms known as generative adversarial networks (GANs) to create designs. 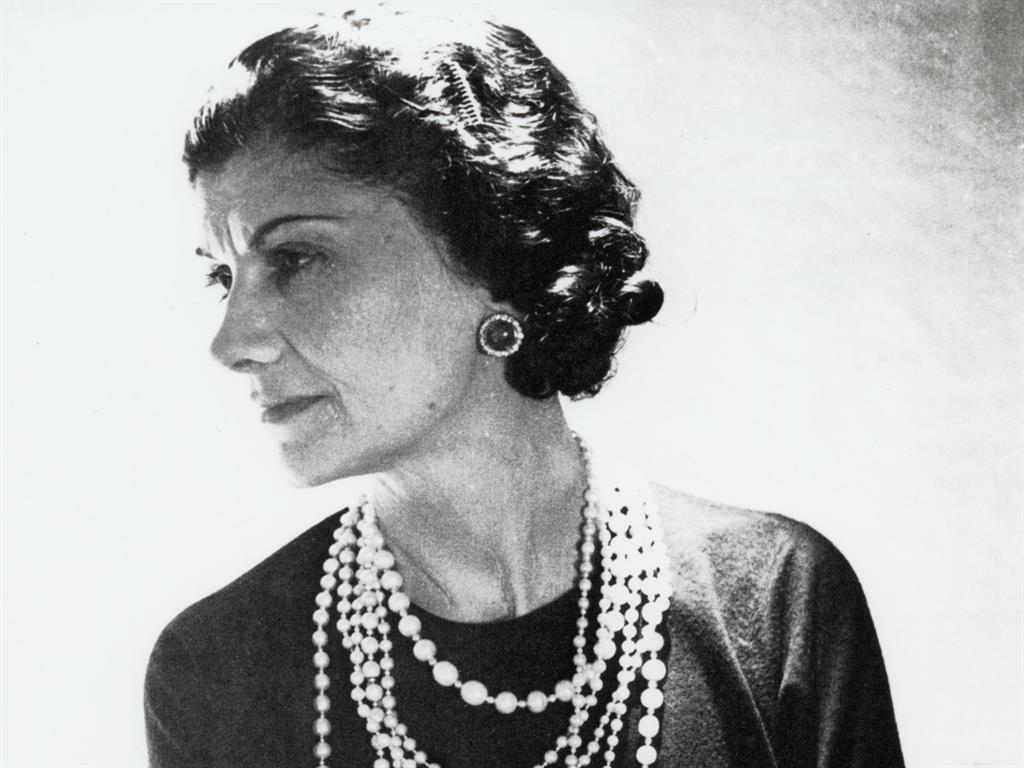 But GANs usually produce close imitations of the images they were trained on. To inspire creativity, the team introduced two disruptive functions, forcing them towards more original content.

Almost two out of three designs were judged as being created by humans, and were considered original. However, one AI designed trousers with an extra pair of legs.

ROBOTS are the bogeymen of the 21st century. With their superhuman strength and tireless work ethic, many feel they will put us out of a job. But these fears may be overblown.

The first comprehensive look at automation on the German economy shows robots have created more jobs than they have destroyed.

Even though they were found to have replaced five per cent of the workforce from 2011 to 2016, this was shown to have prompted an overall increase in human roles of at least 1.5 per cent.

The study, by the Centre of European Economic Research in Mannheim, was based on a survey of 2,000 bosses at a broad range of firms. The centre’s Dr Melanie Arntz said a robot might replace 100 workers, allowing the firm to cut prices. ‘Demand goes up and they need to hire people,’ she added.

A SINGLE finger bone found at Al Wusta in the Saudi Arabian desert is helping rewrite the story of when modern humans left Africa.

The bone, found by a University of Oxford team led by Dr Huw Groucutt, is the oldest confirmed remnant of a modern human found outside Africa and the Levant.

Tests show it is at least 85,000 years old — challenging the widely held view that humans left Africa only around 70,000 years ago. 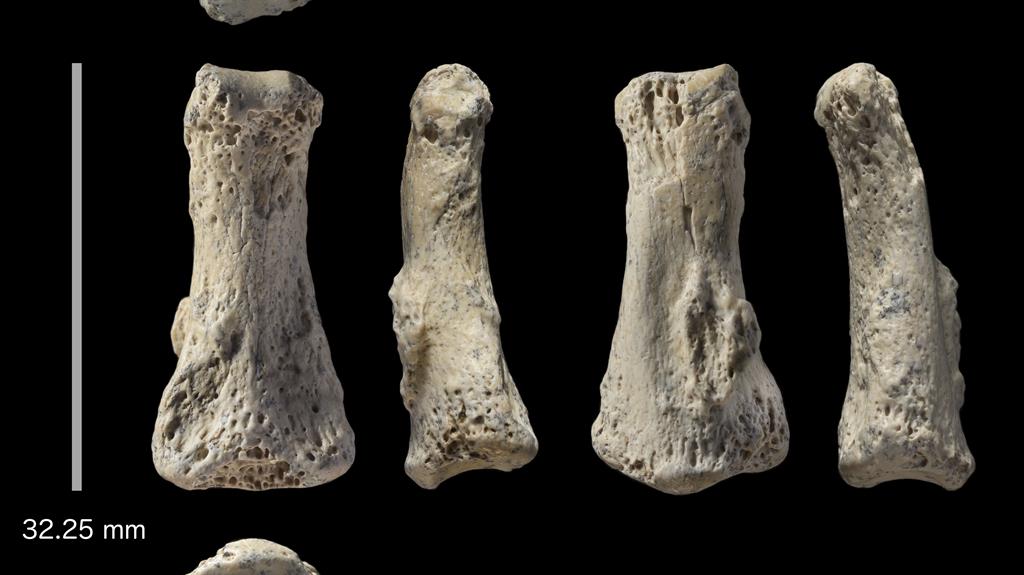 A STICKY, slippery material can boost the collection of water from fog in dry areas.

The silicon sheet developed by Pennsylvania State University is coated with a liquid hydrophilic lubricant that chemically bonds with water molecules to collect more, larger droplets.

A square metre can collect more than 100 litres a day — up to ten times more than other materials. Designer Dr Tak-Sing Wong said: ‘This is way better.’