THERESA MAY was bundled away by police officers with automatic weapons drawn as Parliament was put on lockdown within minutes of the attack.

The prime minister was led out of the House of Lords exit, ushered into a silver Jaguar car and driven from the Palace of Westminster. 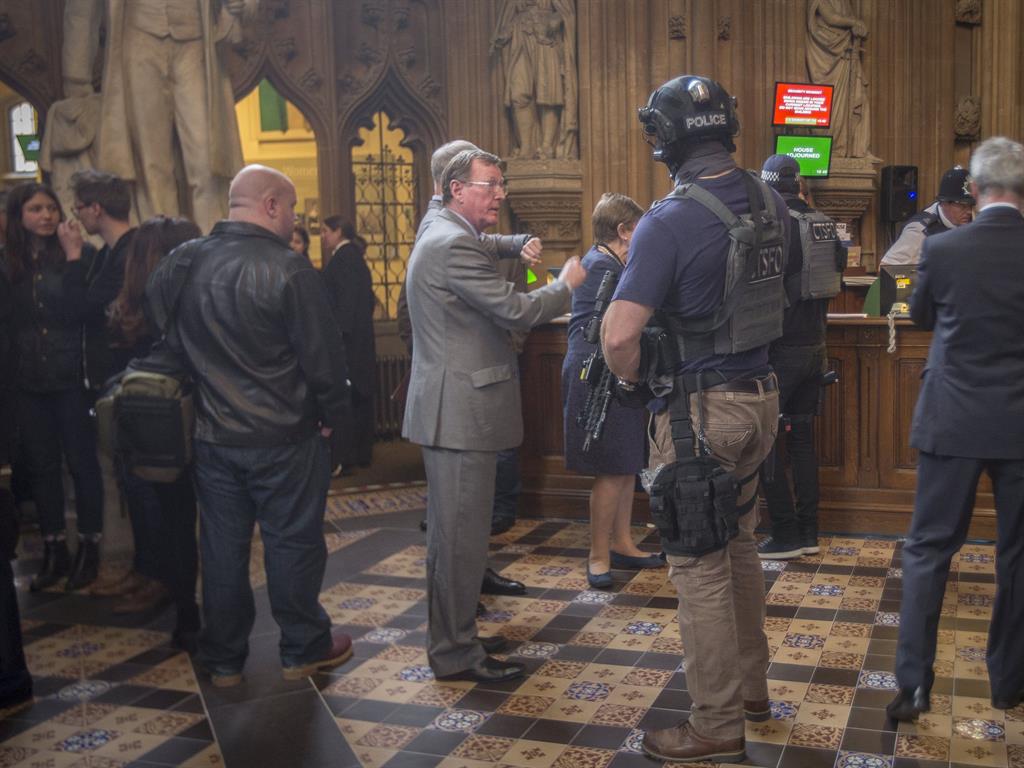 Commons business was first suspended and then cancelled for the day, while some MPs were locked in the chamber as armed police and sniffer dogs combed the building.

After almost five hours they were allowed to leave.

Green MP Caroline Lucas wrote on Twitter: ‘Locked in Commons with fellow MPs. Thoughts with innocent people hurt today and thanks as ever to Police & other staff working so hard here.’ Labour Co-op’s Barry Sheerman tweeted a picture of the scenes inside. 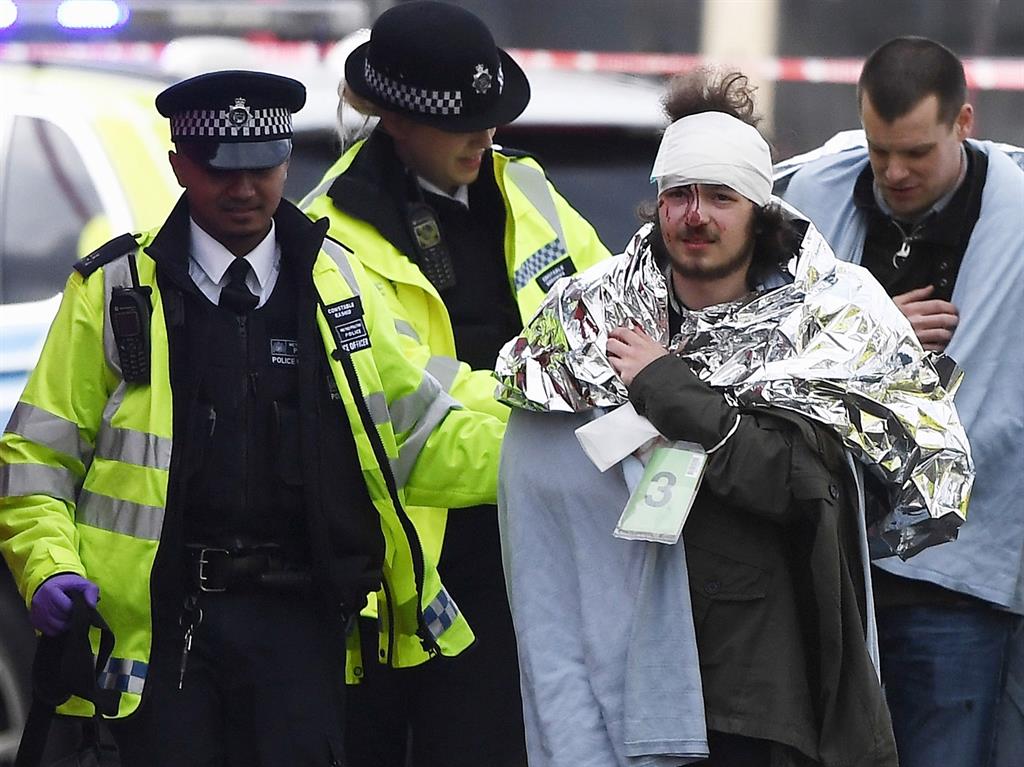 Armed counter-terror officers searched parliament and security officers carried out a floor-by-floor evacuation amid fears there could be further attacks.

Many MPs and their staff were later led to Westminster Hall and Westminster Abbey as police continued their search.

About 1,000 people were taken to the abbey for safety and as ‘potential witnesses’. Last night they were being processed by police officers. Among those caught up were a school party of about 40 children and members of Hammersmith Boxing Club. One witness said youngsters began singing songs to ‘raise spirits’ of those locked inside.

Many of those caught up took to Twitter. BBC Daily Politics presenter Jo Coburn wrote: ‘Armed police inside Central Lobby. Hundred or so people locked in here with me. Man next to me has just fainted. It’s hot and tense.’