THE 2012 Olympics kicked off the regeneration of this once-industrial district on the eastern edge of trendy Hackney. A proliferation of artists’ studios give it a creative vibe and, on a balmy evening, sipping an artisan beer at a canalside bar is one of life’s purest pleasures. Good transport links.

Take a look at: Fish Island Village, E3. Two-bed flats are currently available at this stylish development next to the Hertford Union Canal. It’s kitted out with carpeted bedrooms and hotel-inspired bathrooms. Prices from £136,250 for a 25% share of a £545,000 two-bed flat, peabodysales.co.uk 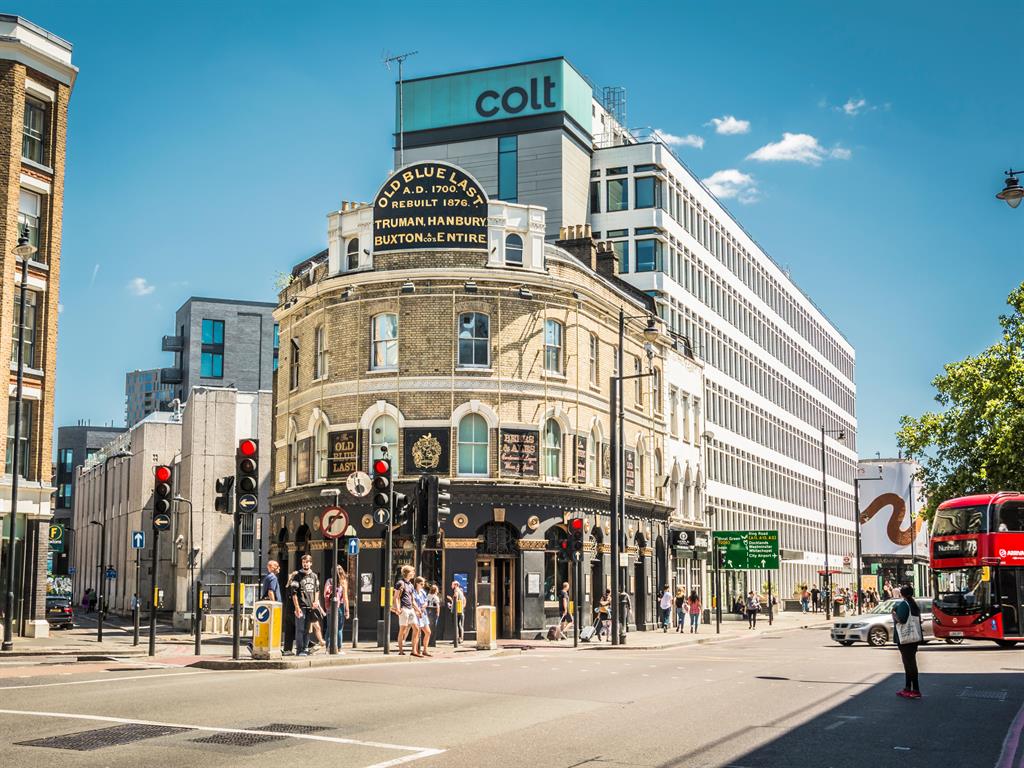 Despite ongoing gentrification, the original hipster haunt hasn’t lost its edge. From rooftop restaurants and subterranean speakeasies to some of the capital’s best street art, there’s always somewhere new to discover, and it’s so central that you can walk to work in the City.

Take a look at: Principal Place, EC2. Half a mile from Liverpool Street station, these one-bed apartments were designed by Foster + Partners (the guys behind the Gherkin). Each features video entry, sleek handle-less kitchen units and a balcony. From £148,750 for a 25% share of a £595,000 one-bed apartment, nghsales.com 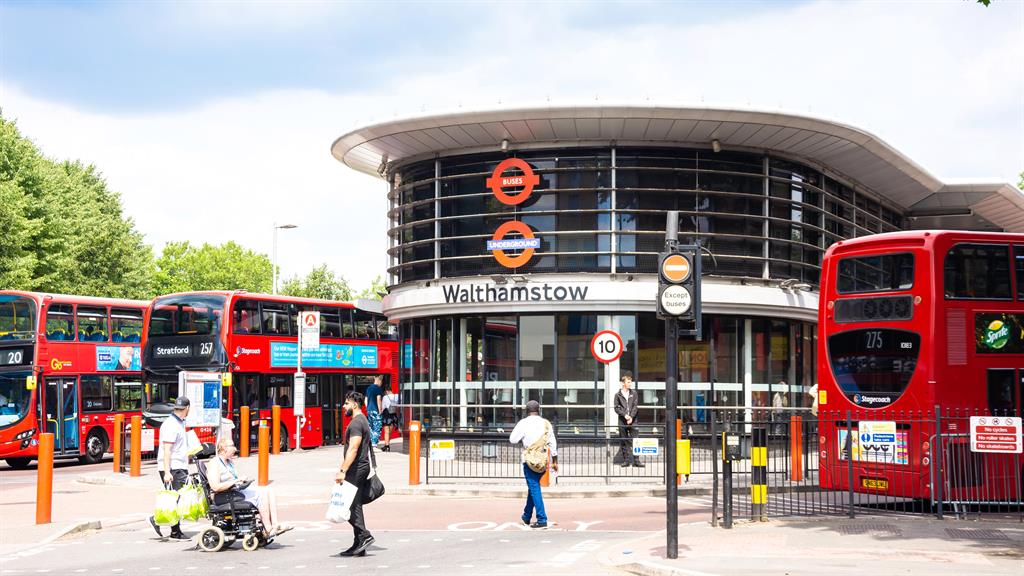 With a choice of the Victoria line, Overground and mainline services and an independent nature, it’s no wonder Walthamstow is a popular alternative to pricier parts of north-east London. There’s tons of open space, and the Quietway 2 cycle route runs to Bloomsbury.

Take a look at: So Resi, Essex Brewery, E17. Only two-bed apartments, all with a balcony or terrace, remain for sale at this scheme that’s built on the site of the former Essex Brewery. It’s a few minutes’ walk from two Overground stations and the Victoria line. From £118,750 for a 25% share of a £475,000 two-bed flat, soresi.co.uk 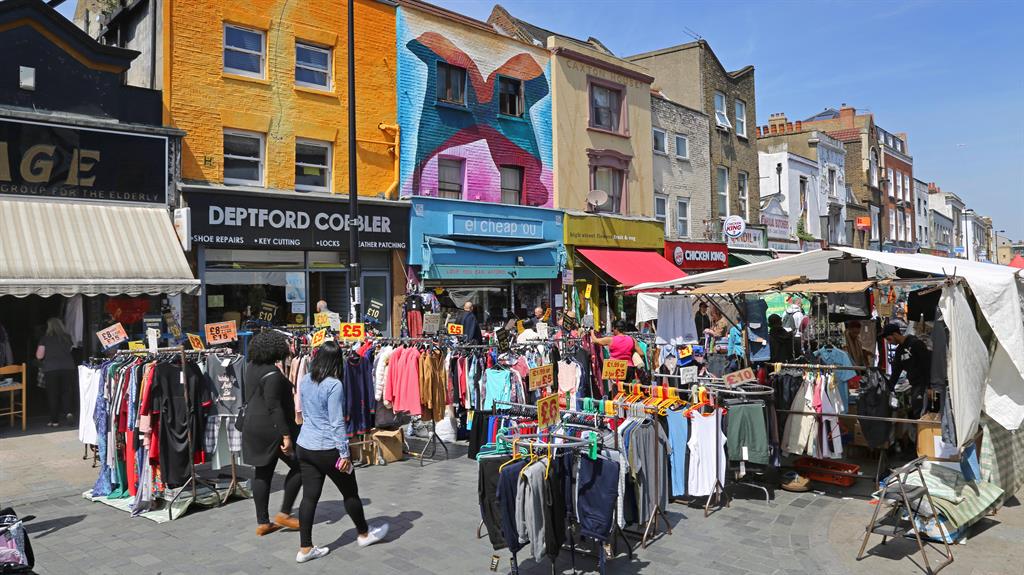 Take a look at: L&Q at The Timberyard, SE8. Homes ranging from one-bed to family-sized four-bed apartments mean that all types of buyers are catered for at this development, opposite Deptford Park. All that, and it’s less than 10 minutes on foot from the Thames. From £101,250 for a 25% share of a £405,000 one-bed flat, lqpricedin.co.uk 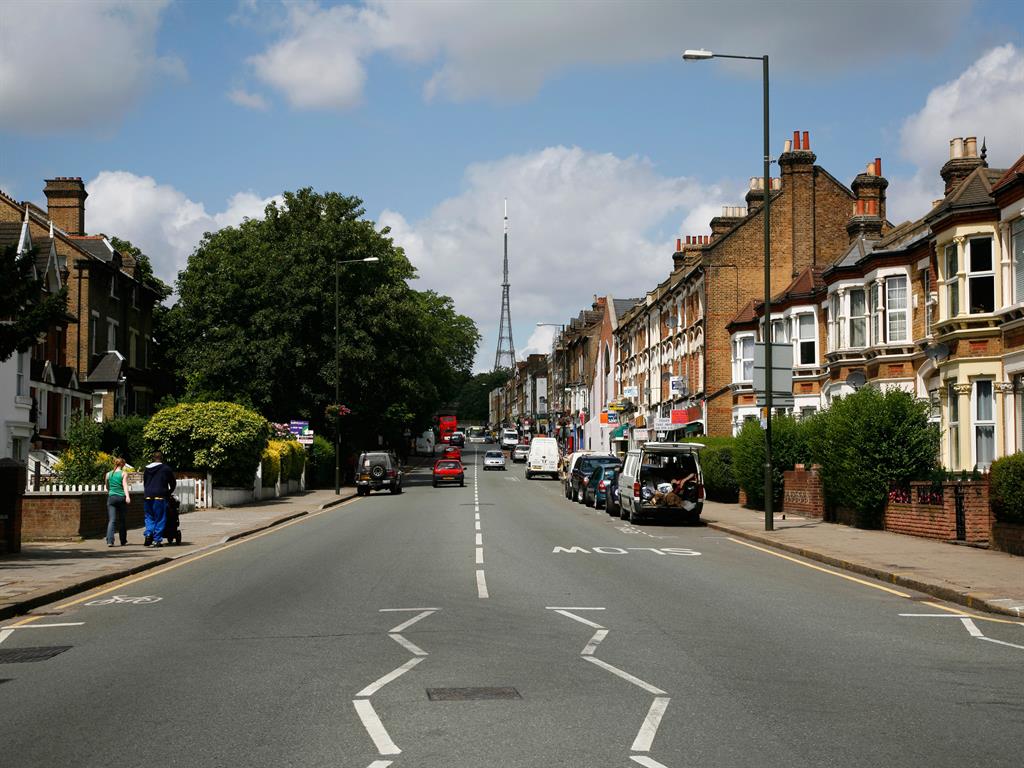 This south-east London suburb is better value than Crystal Palace, but is equally friendly and community-minded. London Bridge and Canary Wharf are both around a 25-minute commute away.

Take a look at: Bramwell Apartments, SE20. Anerley Station and Crystal Palace Park are a short stroll from Clarion Housing’s collection of one and two-bed apartments. Finished to a high standard they come with a balcony or terrace and allocated parking. From £101,250 for a 30% share of a £337,500 one-bed apartment, sharetobuy.com 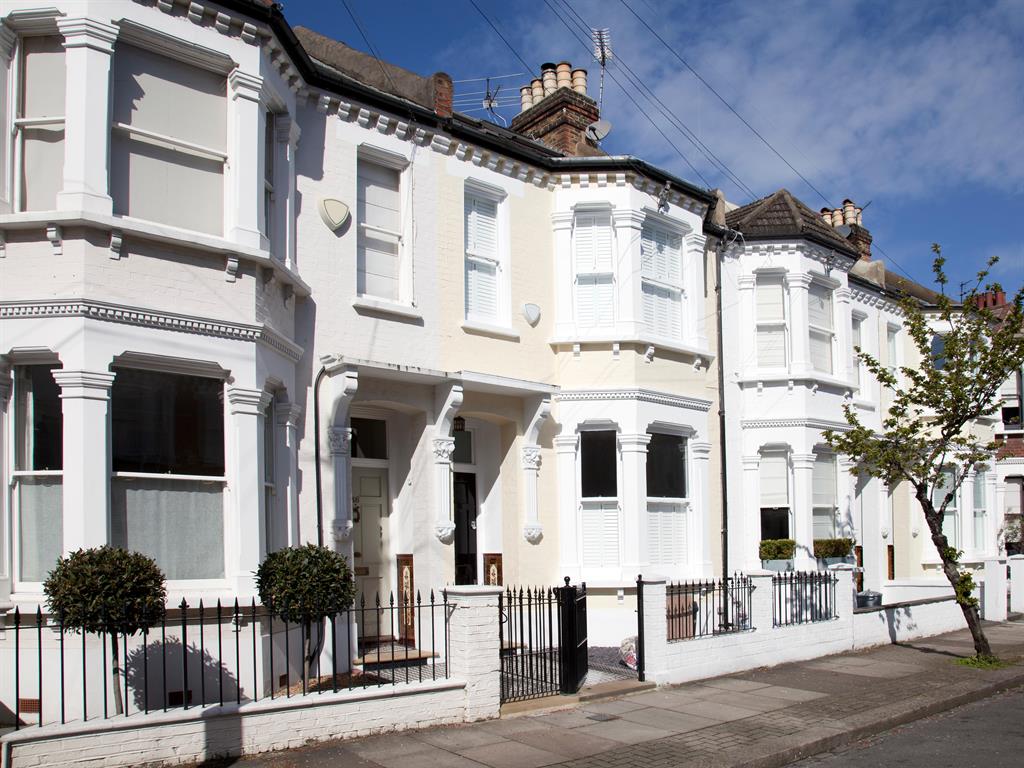 A well-established favourite with renters due to its convenience, nightlife and proximity to Chelsea, across the river. High prices have previously ruled it out for many, but new shared ownership flats are making it far more affordable.

Take a look at: Windsor Apartments, SW11. Clarion Housing’s one and two-bed homes are situated on Prince of Wales Drive, considered one of the area’s best addresses, and 200 yards from Battersea Park. From £161,250 for a 25% share of a £645,000 one-bed flat, windsorapartments-sw11.co.uk 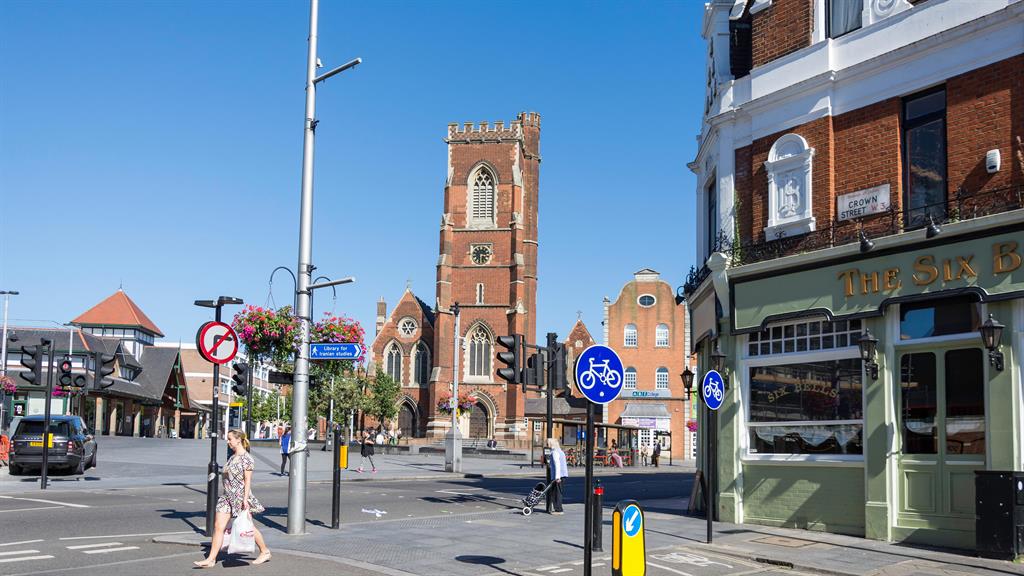 West London’s best-connected neighbourhood offers three Tube lines, mainline and Overground stations, and is anticipating Crossrail, too. The shopping centre is being revamped, there’s a lovely park and Churchfield Road is a proper urban village.

Take a look at: Churchfield Quarter, W3. One to three-bed flats on Acton High Street, forming art of the regeneration of the Oaks Shopping Centre. Acton Central Overground station, Acton Park and Churchfield Road, are close by. From £93,750 for a 25% share of a £375,000 flat, lqpricedin.co.uk 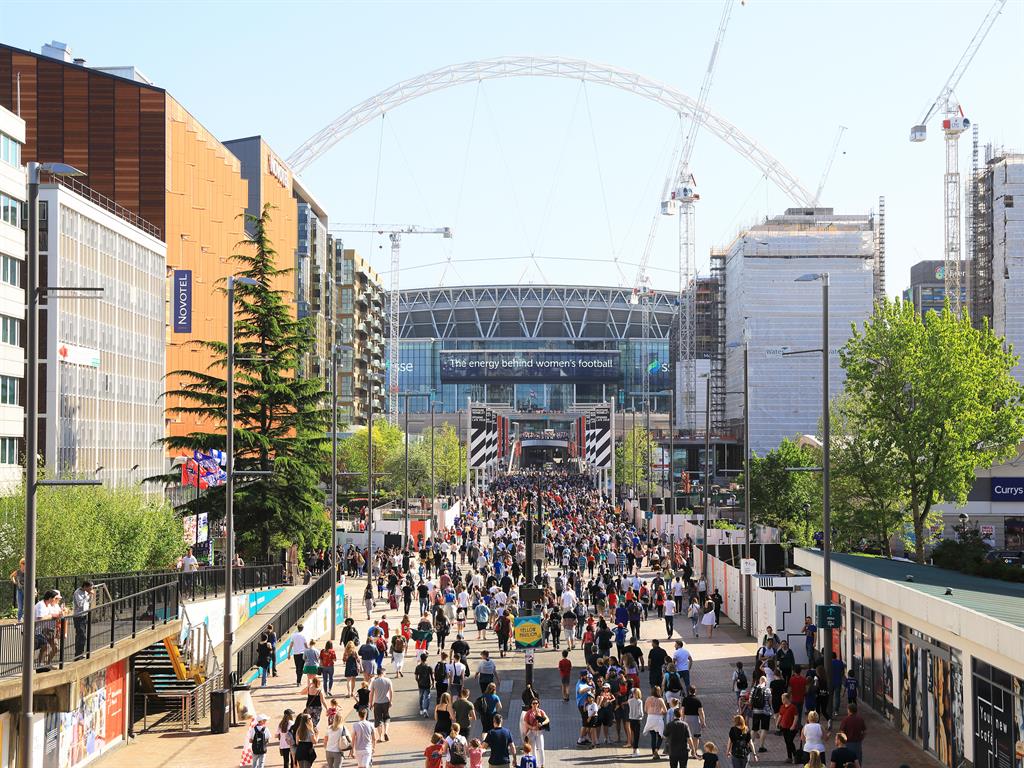 It’s 20 minutes from Oxford Circus, but so much is going on in Wembley Park you won’t need to travel to the West End for entertainment. As well as the iconic stadium and arena, it’s home to London Discount Outlet, Boxpark Wembley and a new theatre.

Light and airy one to three-bed apartments in the heart of Wembley Park, a few minutes from the Tube. They’re on the upper floors with great views and balconies. From £138,000 for a 40% share of a £345,000 one-bedroom apartment, networkhomessales.co.uk 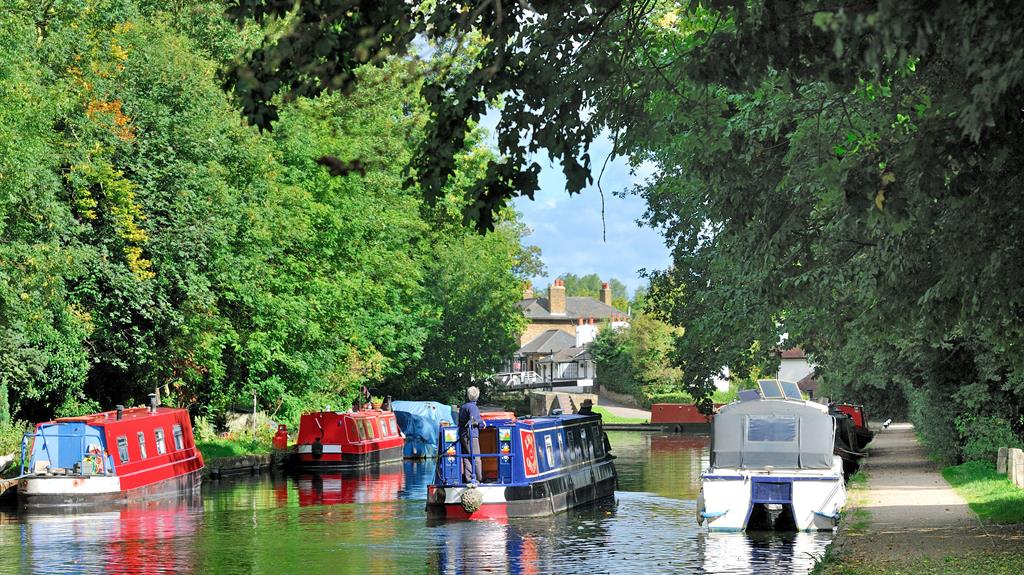 A seat on the way into work is virtually guaranteed as Uxbridge station lies at the western end of the Piccadilly and Metropolitan Lines. There are two shopping malls and lots of scenic spots along the waterways.

First home: Union Park, UB8. Parking is included with each of these two and three-bed apartments. Located in a semi-rural setting overlooking the banks of the Grand Union Canal, this development is a ten-minute drive from the M4 and M40 and Uxbridge’s amenities. From £82,975 for a 25% share of a £331,900 two-bed apartment, homegroup.org.uk 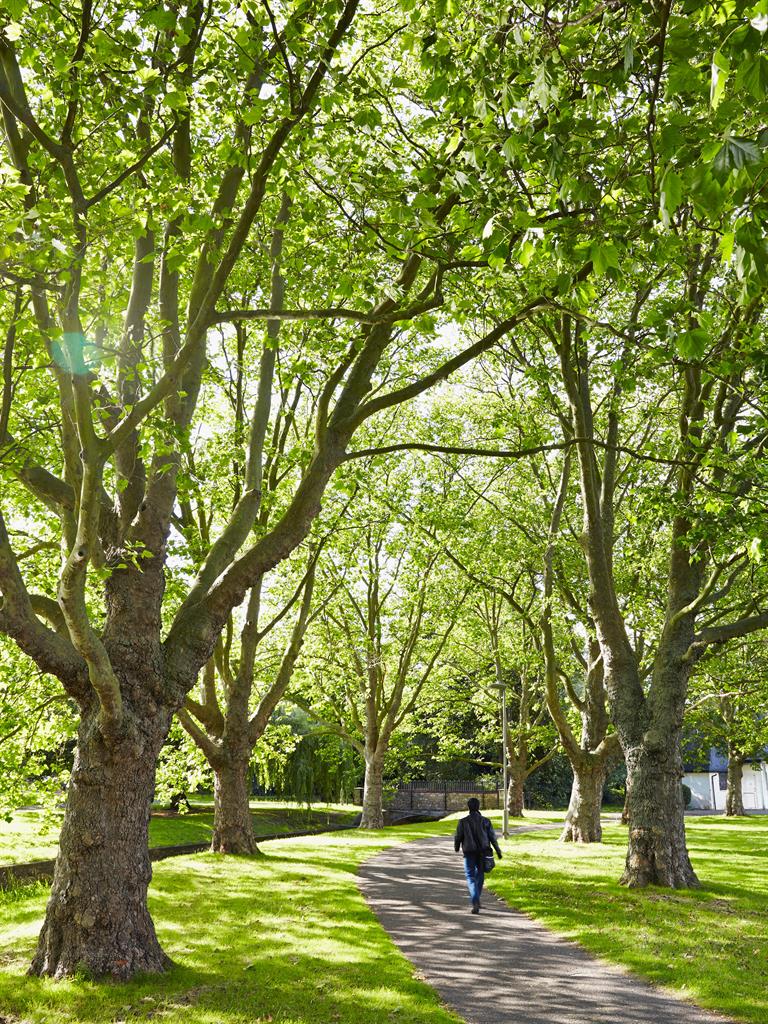 Colindale’s success has spread to Burnt Oak. The next stop along the Northern Line offers a fast commute and some of north-west London’s best-value housing. Local shops cater for most everyday needs, while nearby Edgware has supermarkets and restaurants.

First home: Neon, HA8. One, two or three-bedroom apartments have high-specification interiors, with a fully fitted kitchen and a balcony with London views. Burnt Oak Underground station is ten minutes away. From £131,000 for a 40% share of a £327,500 apartment, catalyst.homes