TONY BLAIR has warned that ‘virtually everybody’ in Britain may have to be tested for coronavirus.

Appearing on Sky TV’s Sophy Ridge on Sunday, the former prime minister said that a point will be reached where a ‘very large’ proportion of the population needs testing to keep track of the disease in case of resurgence.

‘You may have to do those tests two or three different times because you need all the time to be able to track what’s happening with the disease, to learn where, for example, there may be a surge or a hotspot of it, and take immediate action,’ he said.

‘Your risk, obviously, is as you start to ease the lockdown, how do you then deal with any resurgence of the disease? This, of course, is what they’re now dealing with in China and South Korea, and elsewhere.’

Asked what percentage of the population may have to be tested, Mr Blair replied: ‘I think you’re talking about virtually everybody.’

The former Labour leader spoke out as cabinet office minister Michael Gove said the government had hit its initial target of 10,000 tests per day for the general public. Tests for front-line staff were being tried out over the weekend, ahead of a wider roll-out, but Mr Gove refused to say when all NHS workers will receive them.

Last week, one in five front-line NHS staff was off work with symptoms of Covid-19, according to Royal College of Nursing chief executive Dame Donna Kinnair. 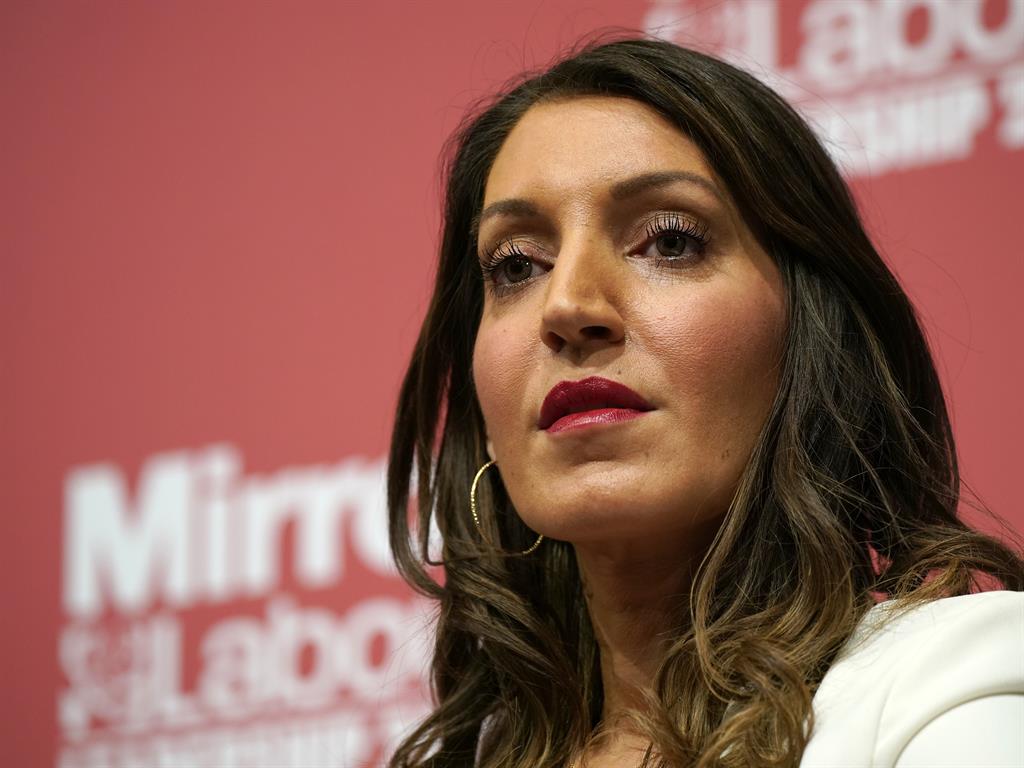 Labour MP Dr Rosena Allin-Khan (pictured), who works shifts as a hospital doctor, said it was ‘absolutely urgent’ that all health workers are tested.

‘These are the people who are at the front line, these are people who need to know whether they have the virus or not,’ she told Ms Ridge.

‘So, if they feel better they can return to work and keep working. It is absolutely urgent that NHS and care staff are tested immediately.’

BLOOD from coronavirus survivors will be used to help treat fellow sufferers in NHS hospitals, according to reports.

Senior health officials said patients will be given plasma from recovered donors ‘in the very near future’ after the UK’s medicines watchdog gave the move the green light.

The method has been widely used in previous crises, including the Spanish flu epidemic that killed an estimated 50million people from 1918 to 1920.

And according to The Sunday Telegraph, ‘plans to adopt the technique in NHS hospitals are being drawn up by the health service’s Blood and Transplant arm and Public Health England’. Senior health officials discussed the plans during a video call on Thursday, the report added.

Meanwhile, the NHS has renewed its calls for donors to carry on giving blood and do their bit to quell the coronavirus crisis.

‘Please keep donating,’ it said. ‘We have… put special safety measures in place for social distancing. Please keep your appointment if you can, or make a new one for the future. Coming to give blood is considered essential travel for the NHS.’

It added: ‘You will not get a coronavirus test by coming to give blood because there is no evidence of transmission through blood donation.’