A TODDLER has died after falling from a ‘faulty window’ in a block of flats.

Police were called to Stellar House (pictured) in High Road, Tottenham, north London, at about 11am yesterday, and found the boy, aged around 18 months, in a critical condition.

The London Ambulance Service, London Fire Brigade and Air Ambulance attended and the child was taken to a north London hospital but was pronounced dead shortly after arrival.

Residents in the tower block said the boy had fallen after opening the window in the ninth-floor flat.

Neighbour Meral Dervik said the toddler’s mother had been complaining to Haringey council about a faulty handle for two months but that nothing had been done. 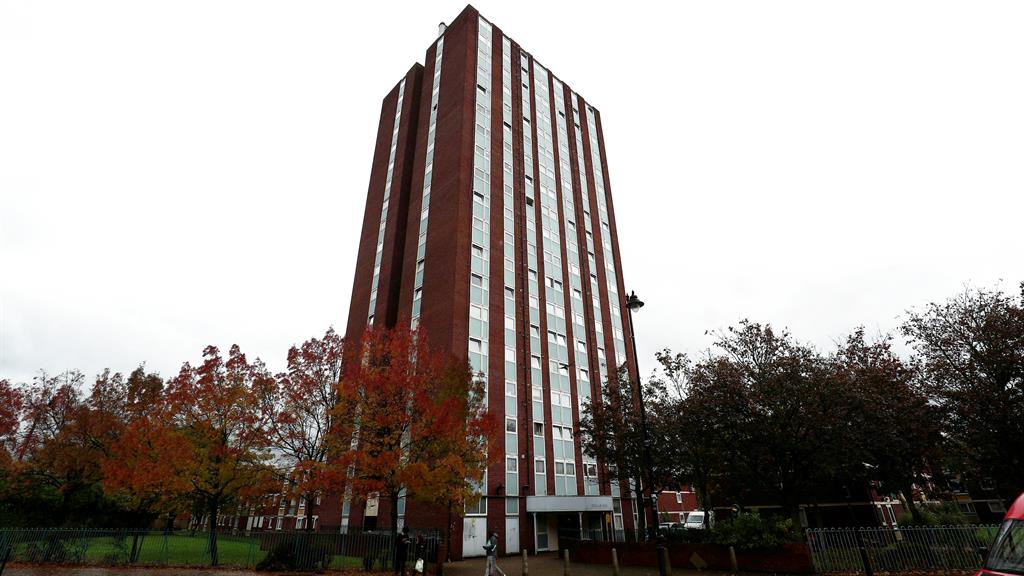 She said: ‘The window, it was faulty. Nearly two months, that was what [the mother] was saying.

‘She was calling the council to come to fix it. The handle was not secure.’

She added: ‘I had the same problems with the windows, even the glass is broken.’

The toddler was said to have lived in the Haringey council flat close to Tottenham Hotspur Stadium with his mother, father and older sister.

Ms Dervik said the boy’s mother was ‘shocked and upset’, and added: ‘She was looking after the kids brilliantly, she cared about the children.’

A visitor to the estate yesterday said there were ‘loads of police’ in the area, and a man, believed to be the boy’s grandfather, was seen crying.

Formal identification and a post-mortem examination will take place in due course.

The Metropolitan Police is treating the death as unexplained and continuing its inquiries.

No arrests have been made.

Zina Etheridge, Haringey council chief executive, said: ‘Our deepest sympathies are with the family at this time. We can confirm that the block is managed by Homes for Haringey, who are carrying out a full investigation into the circumstances.

‘The police are currently investigating and it would be inappropriate for us to comment further, or speculate, until more is known about this very sad incident.’