■ Fancy casting a spell? This conjuror, 50, tells how she swapped an office job for Las Vegas glamour and being tied up at royal parties

So when did all the magic start?

My parents were very normal and I went to the University of Manchester, studied English and Italian, and went on a study trip to Italy. There, I went to the Venice Carnival and saw street performers – clowns, jugglers and musicians – all having the time of their lives. I knew in that instant it was what I wanted to do. I flew home, begged my mum to make me a clown outfit and spent a summer in Europe working as a clown. After graduating I found a sensible job so by day I wore a suit and sold data systems and by night I attended the National Centre for Circus Performing Arts. I went to magic classes and realised that was the speciality for me.

Er, no. I had an ordinary name but I’m not going to say what it was. I changed it officially at the age of 21 when I went on my circus course and everyone else had exotic names like Tulip. I came home, announced I needed a new name and my dad suggested Romany. Changing your name frees you up to reinvent yourself. It’s Romany Romany as computer systems need two names.

Do you have to be natural at pulling rabbits out of hats to consider magic?

Not at all. It’s about practice. I was rubbish to start with but I was very determined. I dressed as Carmen Miranda with a load of plastic fruit on my head and went around restaurants performing my magic for free. I was quite insulted because everyone kept laughing and it was only a couple of years later that I realised laughter was a good thing. I still don’t like practising – it’s like drawing teeth – but I force myself to do an hour every day and several hours before a show.

What advice do you have for anyone who wants to follow in your footsteps?

Money doesn’t magically appear. It took me years to earn a profit because you put all your money into costumes and tricks. My career really took off after I went to Las Vegas in 2000 to study with master magicians. To be good at anything you need to find an expert who will look honestly at what you are doing and tell you whether what you’re doing is good or bad. I’ve always turned to mentors who have helped me but you also need to surround yourself with positive people and be determined not to give up.

What was your lowest point?

When my dad was dying I had a really big gig as an MC at the Womad Festival in Reading. I left my father as he was dying because I thought the show must go on at all costs. I told him I’d be straight back and I raced to Reading and went on stage. When I came off stage I had a message to say he was dead. Dad would have said, ‘Go and do your thing’ but if I had my time again I’d be by his side. I’d never say, ‘The show must go on.’

What about nerves? Do they get worse performing in front of royalty?

I often have to go to bed during the day to avoid getting nervous but I’ve always liked Prince Charles so when I was invited to St James’s Palace in London to perform at his Christmas party I was fine. Part of my act is getting tied up by two random men from the audience and Prince Charles asked if I would pick his personal policeman and the head of palace security. He told me he loved it.

Mistakes, you’ve made a few?

Many times but the worst moment came in Abu Dhabi, when I was hired to perform for the adult birthday party of a princess. The show was held at a palace but there were only 30 women in the audience and they were all 21-year-olds who were talking to each other and not in the least bit interested in me on stage. Because there were no men in the audience to tie my ropes I had to tie myself up but, because I was stressed, I did it wrong and I couldn’t free myself. So I was on stage, tied up, with nobody looking at me, trying furiously to break free. I told myself, ‘Just think of the cheque!’ Nobody looked in my direction and I eventually broke free but it felt like hours. My other mistake was dating a clown. He stood me up in a restaurant – and, trust me, it’s no laughing matter to be stood up by a clown who is in his mid-fifties. 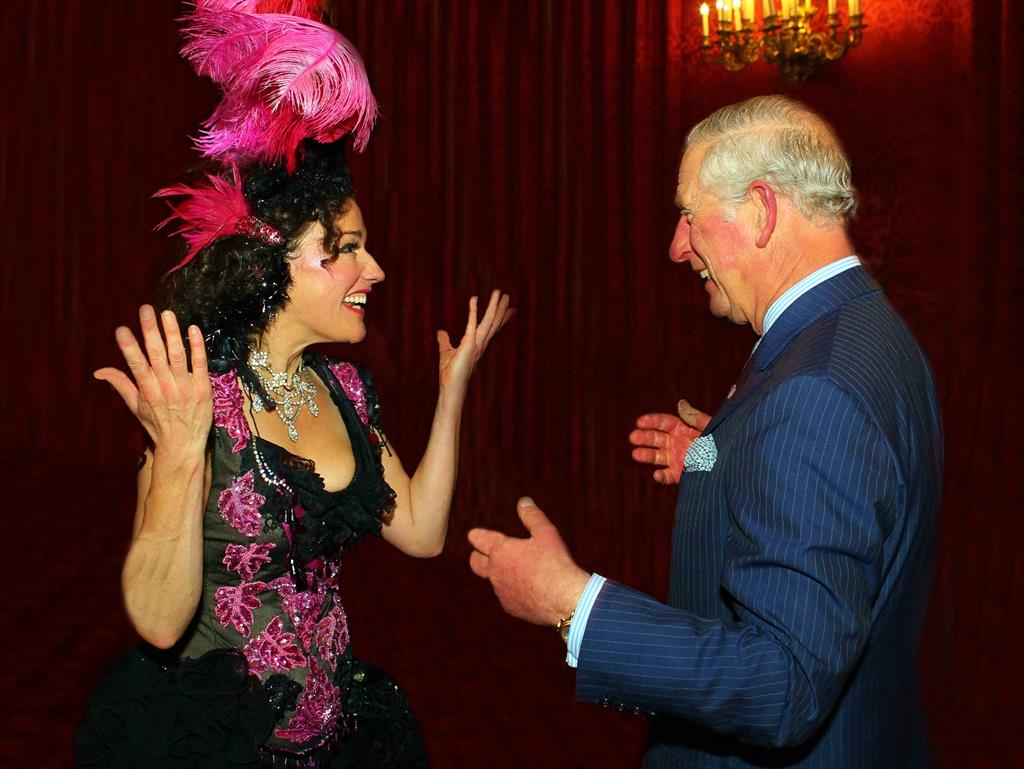 Salary: A novice magician can charge £250 for an evening and an established professional up to £3,000. The most famous command £6,000 for a single performance. When I’m performing on cruise ships we have a saying: ‘They pay us for the travel and the show we’ll do for free.’

Regular hours? It’s up to you if you work around the clock but you’ll frequently be doing shows at 10pm. You drive to the venue after lunch, do a test performance at 5pm, then wait another five hours for the show. You pack up your stuff at about 11pm and then drive home.

Short and sweet advice: When you start, perform for free. If you’re good, they’ll pay you to come back.

‘Do more of what makes you happy because as you get happier, the job gets easier — and so does life’

■ Romany Romany’s book Spun Into Gold: The Secret Life Of A Female Magician by is out now