A LITTLE eight-week-old puppy is lucky to be alive after he was found with his paws tied together in a handbag dangling from a charity shop door.

Radley, a border terrier cross, had an elasticated hairband wrapped around his legs, cutting off his circulation.

There was also an unopened tin of dog food in the bag, with a note stuck on the outside that read: ‘Found this puppy’. He was spotted in Greenford, west London, at 2am on Monday, and is now recovering at the RSPCA’s Putney Animal Hospital.

RSPCA inspector Phil Norman, who is investigating how Radley came to be dumped, said: ‘He could have easily died. There’s no excuse for leaving a vulnerable puppy in such awful circumstances.’ 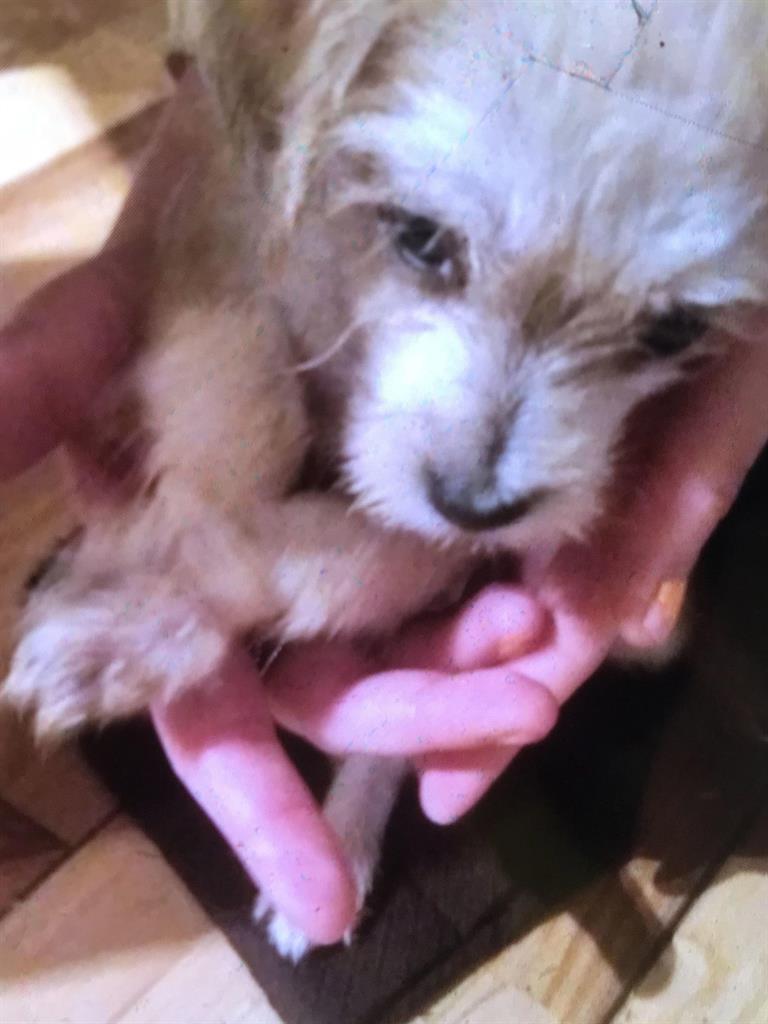