THE ‘bluenami’ of new northern Tory MPs were greeted by Boris Johnson in Westminster yesterday.

Dehenna Davison — Bishop Auckland’s first ever Conservative MP — joined four north-east colleagues making the journey by train from Darlington to London while decked out in blue scarves on Sunday.

They were among 109 newbie Tories starting work after the party captured a record haul of seats in Labour’s northern heartlands.

On Instagram, Ms Davison, 26, posted: ‘I feel a bit like Paddington today having been given my official induction pack and some IT equipment — complete with my name on a brown luggage tag!’

Jacob Rees-Mogg was waiting to hear if he would stay as Commons leader after causing upset with comments about the Grenfell fire.

But ex-Loughborough MP Nicky Morgan will remain culture secretary despite deciding not to stand in the election, citing abuse hurled at her by members of the public. 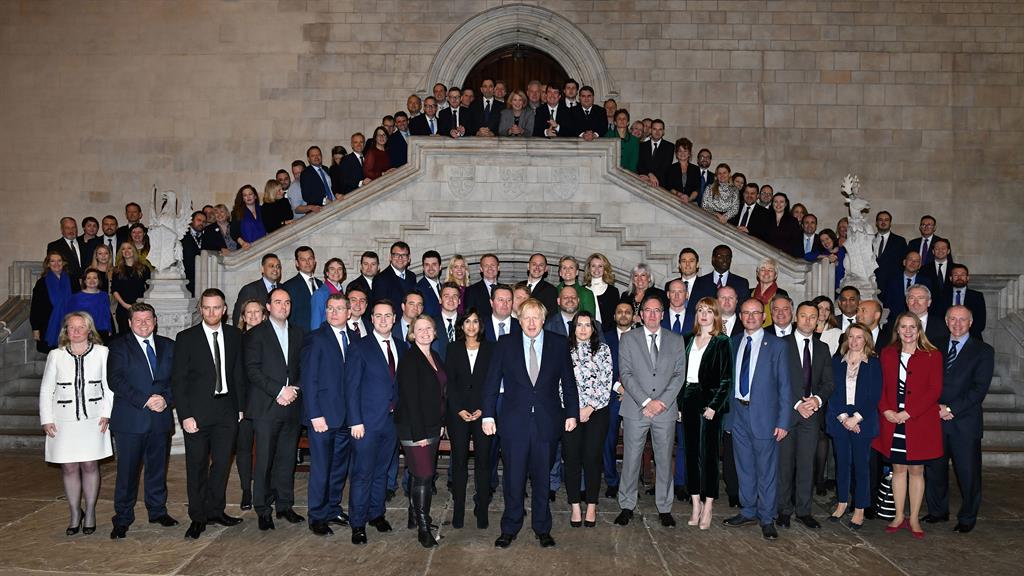 The former critic of the PM will be made a life peer so she can keep her job, but reports say she may remain in post only until a fuller reshuffle in February. No.10 confirmed it intended to hold a Commons vote on the EU withdrawal bill on Friday.