A THUG who kicked a seagull to death has been jailed.

Andrew Lee Jones was caught on CCTV as he booted the bird around a library car park and backed it into a corner.

Footage showed him breaking off from tormenting the gull — already injured when he found it — to pass his phone to a friend, apparently asking them to film the attack in Tonypandy, south Wales.

The 38-year-old admitted intentionally killing the bird, whose species is protected in the UK. 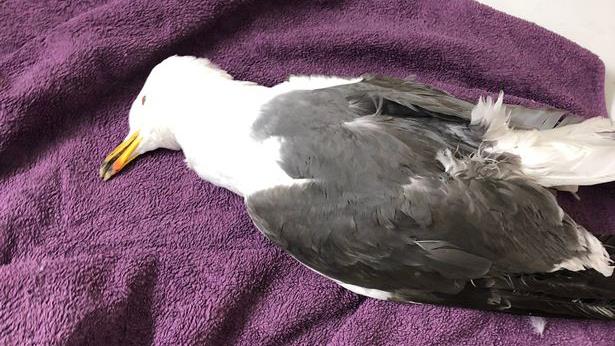 RSPCA inspector Simon Evans said: ‘A witness in a car saw Jones kick the gull and then sadly found the bird dead when they were able to get back to the location. There is no excuse for this kind of deliberate cruelty.’

Jones, from Tonypandy, was jailed for 12 weeks and ordered to pay £115 by Merthyr Tydfil magistrates.

The attack came three months after a day-tripper was fined £750 for smashing a gull against a wall in Weston-super-Mare, Somerset. It had to be put down by a vet.