LANDLORDS will not be able to start evicting tenants for at least three months under emergency legislation.

The plan was unveiled by housing secretary Robert Jenrick, who also said a three-month mortgage payment holiday would be extended to landlords whose tenants are experiencing financial difficulties due to the outbreak.

‘No renter who has lost income due to coronavirus will be forced out of their home, nor will any landlord face unmanageable debts,’ he said.

‘They are worried sick that they can’t pay their rent if they get ill, lose pay or feel the need to self-isolate,’ Mr Corbyn told the Commons.

It came a day after measures were announced to give homeowners struggling through the pandemic a three-month mortgage holiday.

Homelessness charity Shelter said landlords were already threatening NHS workers with eviction. Chief executive Polly Neate said: ‘Tens of thousands of renters face being turfed out of their home in the next six months if the government fails to act quickly.

‘We need a wholesale and complete halt to all evictions while the coronavirus crisis unfolds.’

Shadow chancellor John McDonnell called for the government to introduce rent holidays and said some people were already losing their jobs.

Economist Paul Dales said the economy could fall by 20 per cent while labour market analyst John Philpott said 500,000 jobs could be lost. ‘A large part of the UK’s jobs miracle could be wiped away within a matter of months,’ Mr Philpott told The Times.

Meanwhile, chancellor Rishi Sunak said emergency grants and loans for businesses should be available from the start of next week. But he refused calls to raise statutory sick pay and would not say if he could live on its £94.25 a week. 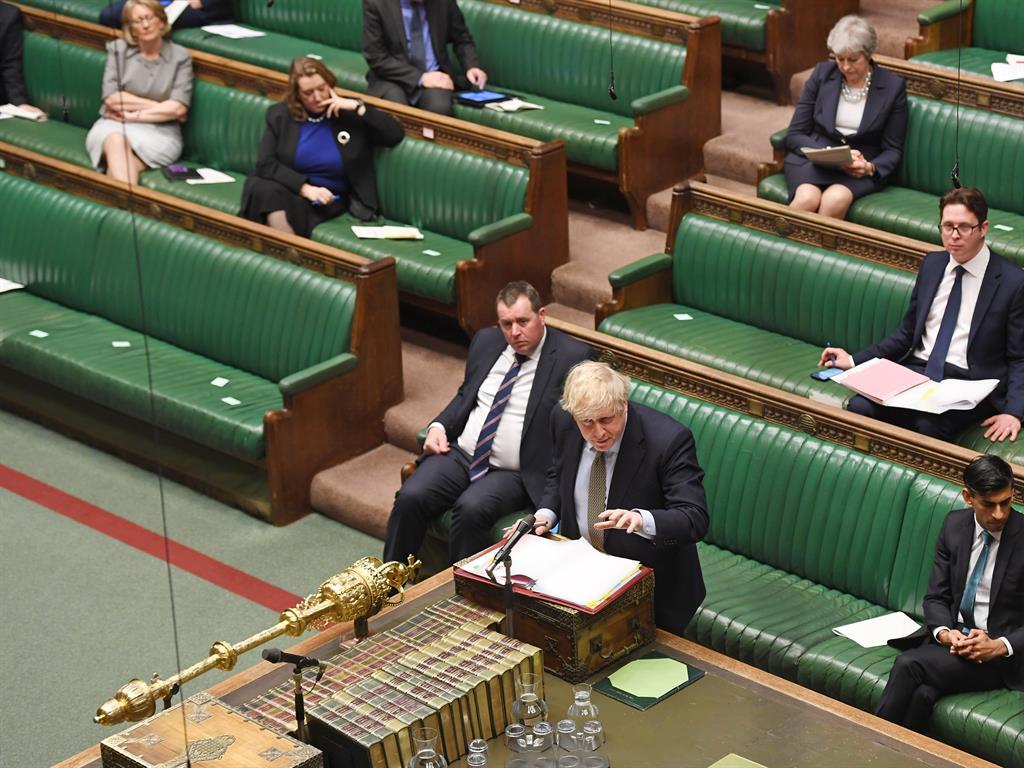 ■ IT’S usually a rowdy affair but prime minister’s questions was distinctly quiet yesterday. MPs not scheduled to raise a query with Boris Johnson were ordered to stay away by parliamentary bosses. Those in the chamber sat well apart from each other.