ENGLAND will host Denmark in March next year as their preparations for Euro 2020 begin to take shape. The Danes, who have qualified for next summer’s finals, will visit Wembley on March 31 in the second of two friendlies at the national stadium. The first match, against yet-to-be-confirmed opponents, four days earlier will be dedicated to the Heads Up mental health campaign. The Football Association has also announced one further away game will be staged within Europe.

City closing the gap on United after posting record revenues

MANCHESTER City look set to overtake rivals United off the pitch as well as on it after posting record financial figures yet again. The club yesterday announced revenue of £535million and a profit of £10.1m in what was their 11th successive year of revenue growth. City expect that to rise to more than £560m next year, having signed a £45m-a-year kit deal with Puma. Although United posted revenues of £627m for 2018-19, they are predicting that to fall to between £560-580m next year after paying the price for failing to qualify for the Champions League. 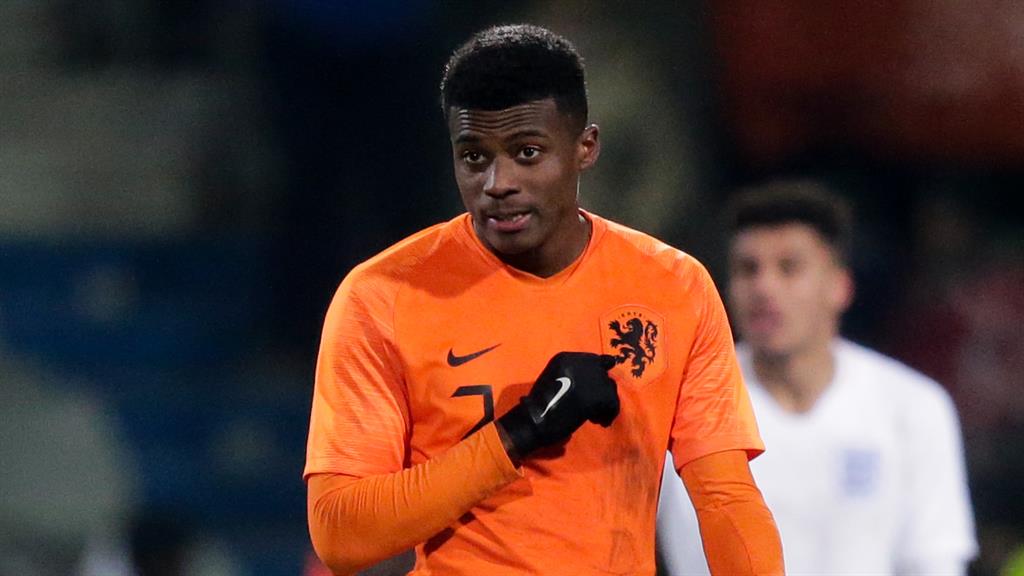 A SUPERB stoppage-time free-kick from Javairo Dilrosun saw England’s Under-21s lose to Holland in Doetinchem. Kaj Sierhuis opened the scoring for the hosts with a close-range finish midway through the first half the first half. Mason Greenwood’s first Under-21 goal looked to have earned Aidy Boothroyd’s Young Lions a draw before Dilrosun (pictured) bent in a last-gasp winner.

■ 34 — Age of Leeds’ former Spain winger Pablo Hernandez, who has extended his contract until 2022. ‘I am staying here because I want to stay and the club want me to stay, so it is perfect,’ he said