THREE Britons have died after a Ukrainian passenger plane crashed moments after take-off from Iran, with local officials blaming an engine fire.

All 167 passengers and nine crew on the Ukraine International Airlines (UIA) Boeing 737 flight from Imam Khomeini International Airport in Tehran to the Ukrainian capital Kyiv were killed minutes after take-off at 6.10am local time (2.40am GMT) today.

The Foreign Office said it is ‘urgently seeking confirmation’ of the British death toll, while the Ukrainian president has ordered a criminal investigation into the crash.

The crash comes amid escalating tension in the Persian Gulf following the killing last week of Iranian General Qasem Soleimani by the US, prompting several airlines to reroute flights away from Tehran’s airspace.

Qassem Biniaz, a spokesman for Iran’s road and transportation ministry, said it appears a fire had started in one of the plane’s engines.

The pilot then lost control of the plane, sending it crashing into the ground, Mr Biniaz said, according to the state-run IRNA news agency. 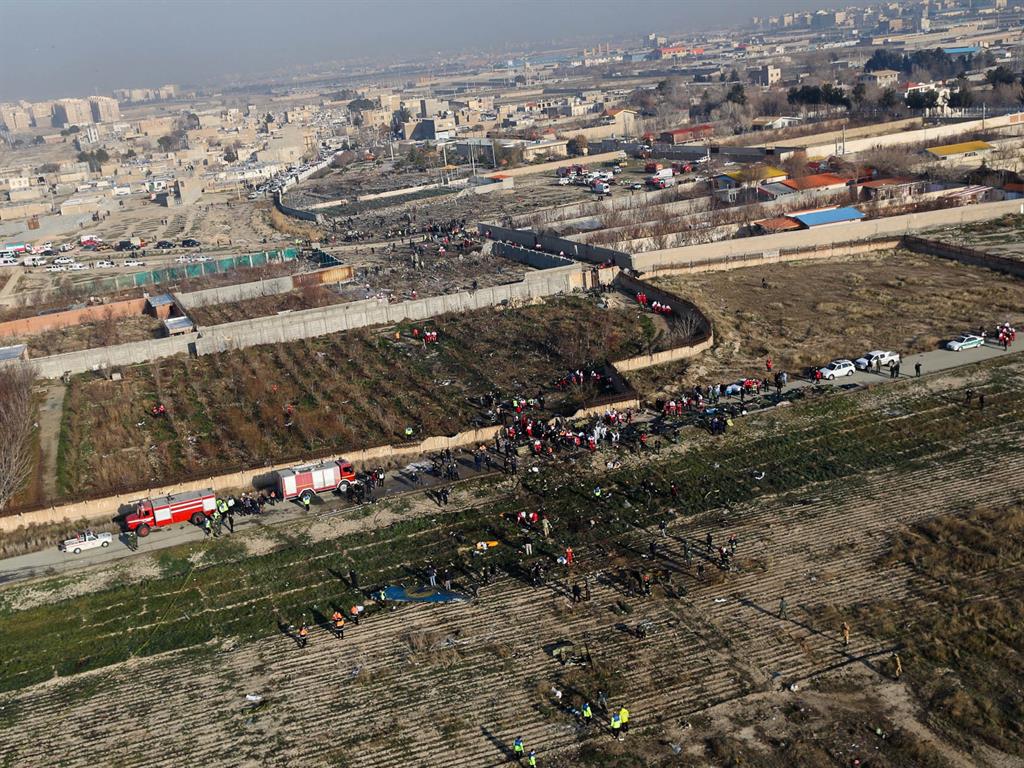 Ukrainian officials initially agreed with Iran, but later declined to offer a cause while the investigation was under way.

Some 82 Iranians, 63 Canadians, 11 people from the Ukraine, nine of whom were crew members, 10 Swedes, four Afghans and three Germans were on board the flight along with three Britons, Ukrainian foreign minister Vadym Prystaiko said.

He said: ‘An investigation commission should be set up of representatives of the civil and aviation agencies responsible for civil aviation. We have to work out all the possible versions.

‘Regardless of the conclusions regarding the causes of the Iranian catastrophe, the airworthiness of the entire civilian fleet will be tested.

‘I keep all measures on personal control. I very much ask everyone to refrain from speculation and putting forward untested versions of the disaster before the official announcements.’ 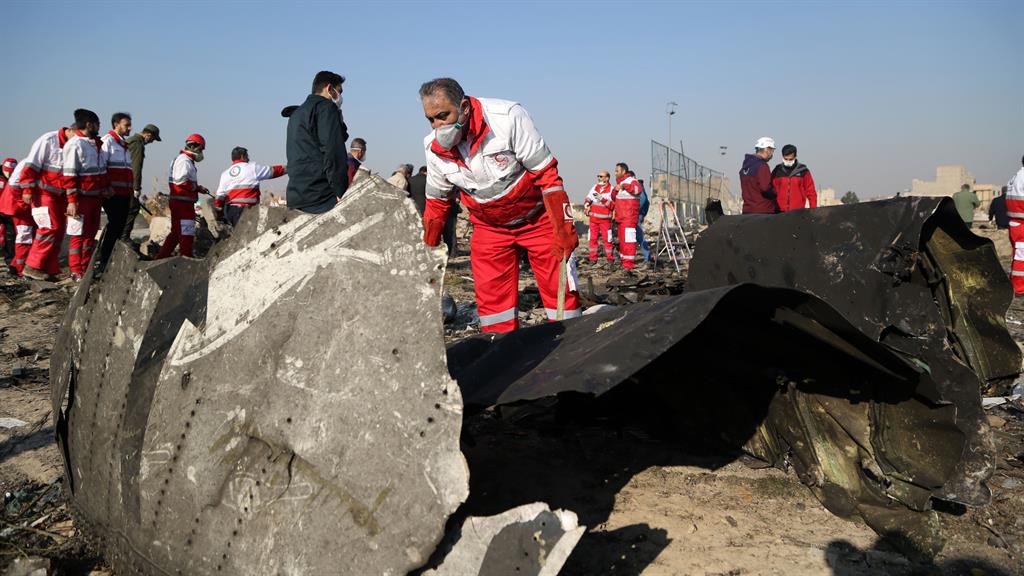 The airline said it had suspended flights to Tehran until further notice.

‘UIA representatives are currently clarifying the exact number of passengers on board.

‘With immediate effect, UIA has decided to suspend its flights to Tehran until further notice.’

A Foreign Office spokesman added: ‘We are deeply saddened by the loss of life in the plane crash in Iran overnight.

‘We are urgently seeking confirmation about how many British nationals were on board and will do all we can to support any families affected.’

Melinda Simmons, British ambassador to the Ukraine, said her thoughts are with those affected.

A Boeing statement said: ‘This is a tragic event and our heartfelt thoughts are with the crew, passengers, and their families.

‘We are in contact with our airline customers and stand by them in this difficult time.

‘We are ready to assist in any way needed.’

A number of 737-800 models have been involved in deadly accidents over the years.

A 737-800 flight from Dubai, operated by Air India Express, crashed in May 2010 while trying to land in Mangalore, India, killing more than 150 people.

However, it is a different model to the Boeing 737 Max 8 jets, which were grounded around the world following the crash of an Ethiopian Airlines plane that killed 157 people shortly after take-off from Addis Ababa in March last year.