THOUSANDS of households have been left without power and dozens of flights grounded after Storm Callum hit the UK and Ireland in the early hours of this morning.

Winds of more than 70mph have buffeted the Republic of Ireland, Northern Ireland and the west coast of Britain along with torrential rain.

The highest winds of the morning were 77mph recorded at 7am at Capel Curig in Gwynedd, north Wales, with 76mph gusts in the Scilly Isles and 64mph at RNAS Culdrose, in Cornwall.

The Met Office issued an amber warning risk to life for South Wales due to heavy rain, while the rest of the west coast is under a yellow wind warning for Friday and Saturday.

It extended the yellow warning across the north-east of England at about 10am on Friday.

It has warned heavy rainfall moving in from the south-west could present a risk to life and issued a 36-hour amber warning for Wales.

A spokesman for the Met Office said some parts of Wales could see more rain by Sunday than they would expect in the whole of October.

He said that some high areas in South Wales could see up to 200mm of rain by Sunday when the monthly total for the region is 169mm.

The Environment Agency has issued two flood warnings across the south coast of England, as well as more than 20 flood alerts. 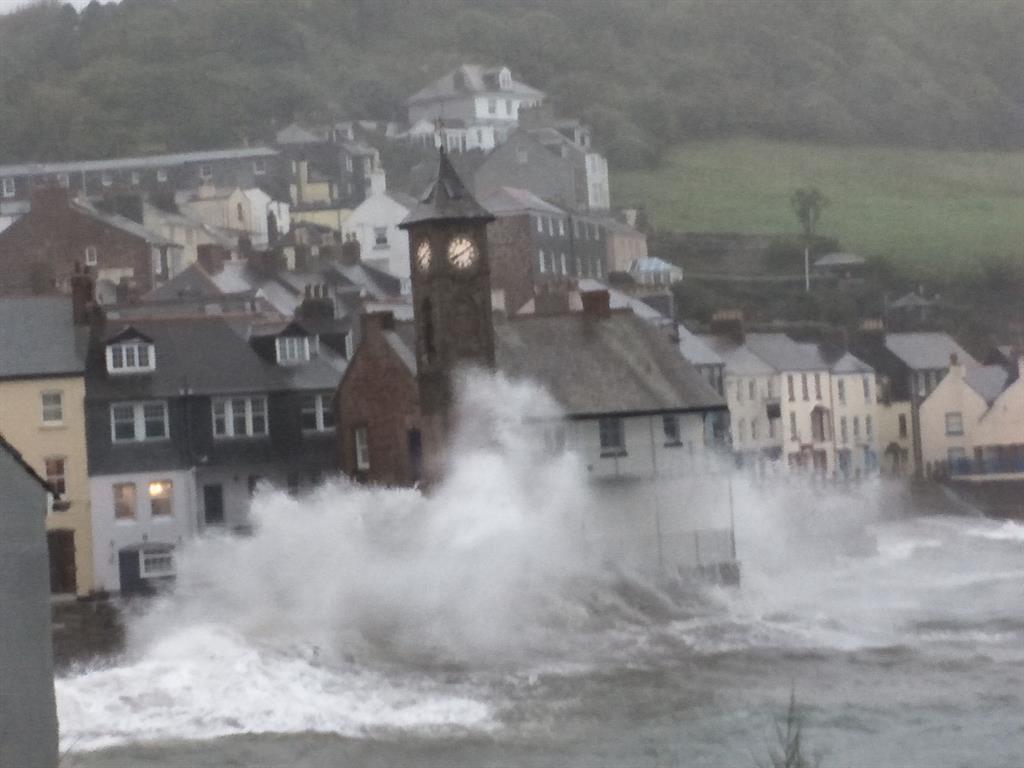 While Natural Resources Wales has not issued any flood warnings, it had issued five flood alerts for the south coast of the country by Thursday evening.

Holidaymakers faced a morning of travel chaos, with dozens of flights cancelled at Cardiff, Dublin, Belfast and Exeter airports.

The Republic of Ireland has been the worst affected by Storm Callum, with 20,000 homes and business left without power this morning.

Network operator ESB has reported multiple faults across the Irish Republic, with counties Cork, Kerry and Donegal among the worst hit.

Northern Ireland Electricity Networks said 1,000 customers had been left without power, while Electricity North West said four weather-related faults had led to problems for 419 customers in Cumbria and Lancashire.

Western Power Distribution said more than 950 homes had been left without electricity in south-west England and nearly 100 were without power in South Wales.

There was also bad news for commuters in South Wales, with Arriva cancelling a number of train services for the morning due to the high winds and heavy rain.

Traffic Scotland said the Forth Road Bridge had been closed in both directions at about 9am.

There have also been reports across the country of fallen trees and roads being blocked.

Storm Callum was named by Met Eireann and is an intense area of low-pressure passing to the west of Ireland, northern England and Scotland during Friday.

It is the third named storm of the season to hit the UK.