THE public have been warned coronavirus ‘isn’t a game’ — amid growing alarm that thousands of people are putting lives at risk by ignoring social distancing pleas.

The alert was issued as the UK death toll rose to 281 — up 48 in 24 hours — on a sunny Mother’s Day that saw crowds flocking to parks, seaside resorts and markets.

‘We want to live in a free society where we can continue to go about activities whilst following the medical advice,’ communities secretary Robert Jenrick said.

People can go out for walks and take exercise but must stay at least two metres from others, he added on Sky News show Sophy Ridge On Sunday.

The number of Covid-19 infections in the UK has risen above 5,000 and the latest victims to die include an 18-year-old who suffered from an underlying health condition.

A consultant and a nurse in the West Midlands are among infected patients fighting for their lives in intensive care.

The 1.5million Britons most at risk from the virus were last night urged to begin ‘shielding’ themselves by staying at home for at least 12 weeks.

Those unable to rely on family, friends or neighbours to bring them food and medicine will be able to count on deliveries from local hubs that are being set up.

Boris Johnson said last night at a press conference he believed the ‘vast majority’ of people were following the self-distancing advice. But the prime minister said he would have to ‘think carefully over the next few days’ about whether further measures or enforcement were needed.

People were branded ‘covidiots’ by social media critics for continuing to cram together in public yesterday.

Packed-out resorts included Brighton and Skegness, while green spaces such as Richmond Park in south-west London were also swamped by families and walkers.

And on Saturday night ‘boy racers’ took advantage of quieter streets in London’s affluent Chelsea and Kensington districts to show off their sports cars — with crowds of people coming to watch.

On Friday the government ordered all pubs, restaurants, cinemas and theatres to shut down. But it has stopped short of tougher action taken by other countries, which has included shutting parks and beaches.

Among several authorities deciding to take matters into their own hands was The National Trust.

The organisation announced only last week it would open up many of its outdoor sites for free so people self-distancing could enjoy them. But at the weekend it shut its parks and gardens over concerns that the advice to avoid mingling was not being properly observed.

Hammersmith and Fulham Council in London also announced it would be shutting most of its green spaces. 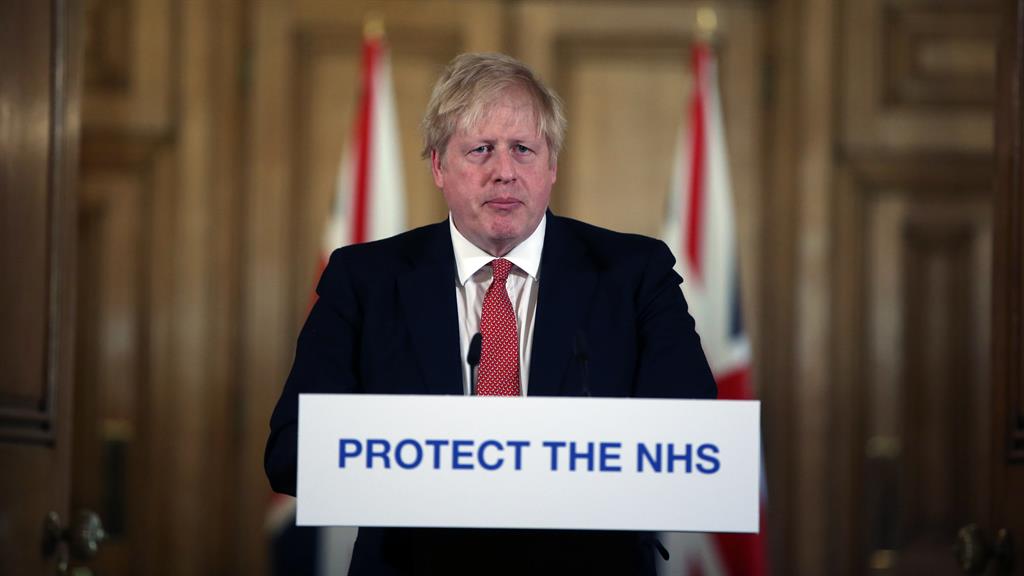 Even tourist boards issued pleas for visitors to stay away — with Cornwall saying it was to avoid ‘lives being lost’. Despite the park closures, Mr Johnson (above) said: ‘I want people to be able to go to the parks, open spaces and enjoy themselves. It is crucial for health, physical and mental well-being. But please follow the advice and don’t think fresh air in itself automatically provides some immunity.’

The SNP’s Ian Blackford revealed the Nevis Range Centre in Fort William had been turning away people from across the country who descended on its car park, hoping to use it as a ‘refuge’ from the virus.