A THIRD person in the UK has tested positive for coronavirus, England’s chief medical officer has said.

Professor Chris Whitty said the person, who contracted the virus in Asia but not in China, is currently being transferred to an infectious diseases centre for treatment.

The patient is thought to have been diagnosed in Brighton and is being transferred to London, where there are infectious diseases units at Guy’s and St Thomas’ and the Royal Free.

Two other patients are still being treated at the Royal Victoria Infirmary infectious diseases centre in Newcastle upon Tyne.

In a statement, Prof Whitty said: ‘A further patient has tested positive for coronavirus, bringing the total number of cases in the UK to three.

‘The individual did not acquire this in the UK.

‘The patient is being transferred to a specialist NHS centre, and we are using robust infection control measures to prevent any possible further spread of the virus.

‘The NHS is well prepared to manage these cases and we are now working quickly to identify any contacts the patient has had.’

The University of Sussex, which has a large campus on the outskirts of Brighton, said in a statement the new case was not a student or member of staff from the university.

Earlier, the Chinese ambassador to the UK warned against ‘rumours and panic’ over coronavirus after concerns were raised that Boris Johnson has not offered a personal message of support to China’s leaders. 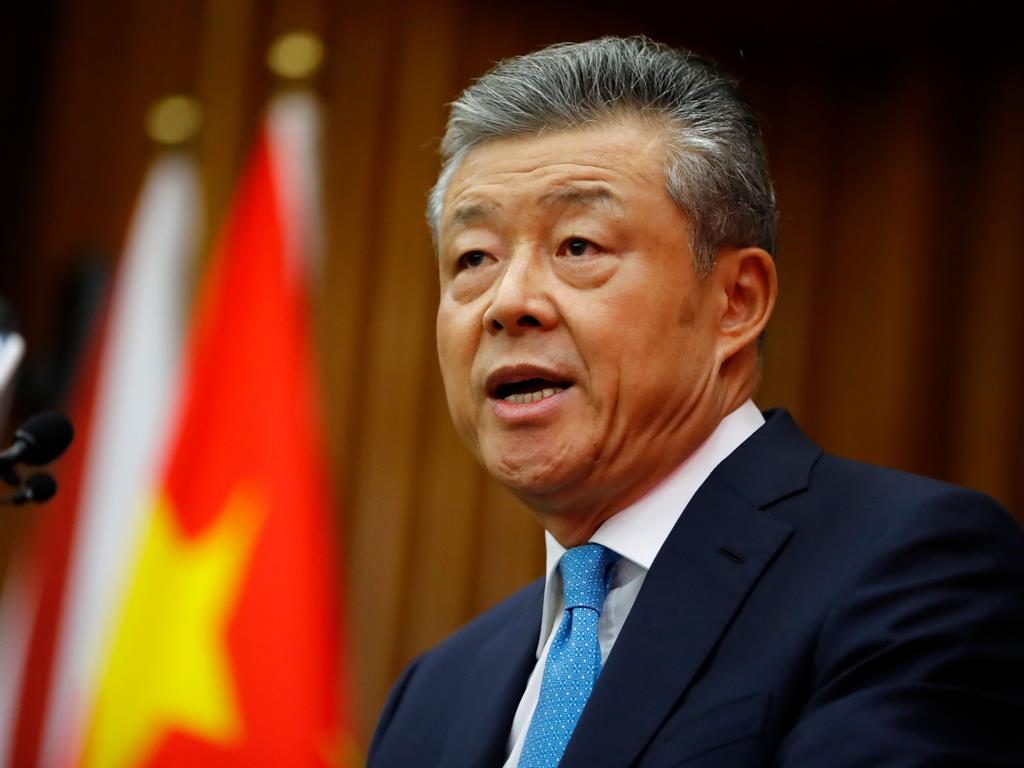 Speaking to reporters in London, Liu Xiaoming (above) called on the UK government to support China in its handling of the coronavirus outbreak, but insisted that relations between Chinese president Xi Jinping and the UK prime minister are good.

He said: ‘It is of hope that governments of all countries, including the UK, should understand and support China’s efforts, avoid overreaction, avoid creating panic, and ensure normal co-operation and exchanges between countries.’

Earlier, Mr Liu tweeted that the UK should respect the World Health Organisation (WHO), which has warned against travel and trade restrictions on China.

The Foreign Office in the UK has advised Britons in China to leave if they are able to.

Mr Liu’s tweet said: ‘WHO has reiterated that it disapproves of and is even against overreaction to the epidemic, including travel and trade restrictions on China.

‘We hope the UK will respect the professional advice of WHO and ensure the normal co-operation and exchanges between China and the UK.’

Mr Johnson Snr accidentally included someone at the BBC in the list of officials he sent an email to after meeting the Chinese ambassador to discuss environmental matters.

The BBC reported that Mr Johnson Snr wrote: ‘Re the outbreak of coronavirus, Mr Liu obviously was concerned that there had not yet — so he asserted — been direct contact between the PM and Chinese head of state or government in terms of a personal message or telephone call.’

Downing Street said Mr Johnson Snr is a private citizen and was not acting for the government in any official or unofficial capacity.

In other developments, more than 80 UK citizens and family members who were the first to be quarantined at Arrow Park Hospital on the Wirral have been told they can leave next Thursday.

The group are spending 14 days in isolation but will be released next week provided they remain symptom-free.

Meanwhile, 78 people with British passports — including crew — are currently in quarantine on the Diamond Princess cruise ship in Japan.

Health workers in the port city of Yokohama said today that 10 more people on the Princess Cruises vessel (below) had tested positive for the disease, in addition to 10 yesterday when the ship was ordered to be isolated.

As those 20 people received treatment at nearby hospitals and the remaining passengers were confined to their cabins, Briton David Abel said medical examinations aimed at detecting new cases on board seemed to have stopped over the past few days. 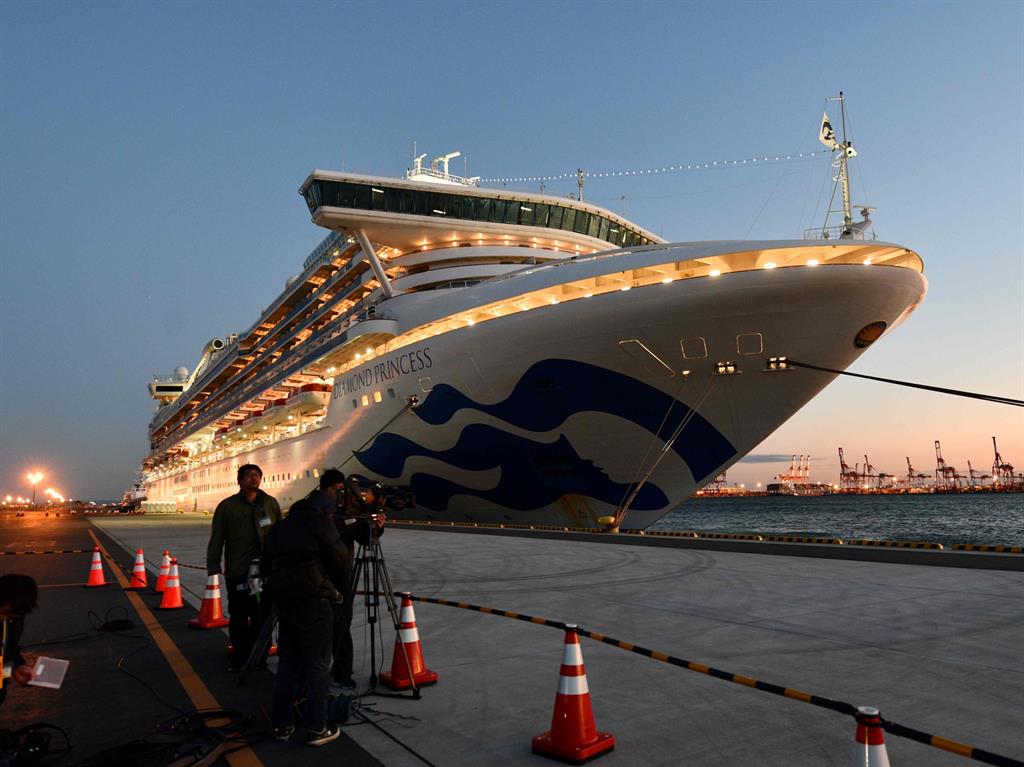 Mr Abel, who is on board with his wife, added: ‘And what happens at the end of this quarantine period? There’s no guarantee it’s going to be 14 days now. It could be longer.

‘And what happens when we finally get back to the UK? Are we going to be put in quarantine yet again for another 14 days?

‘These are questions I need answered. I’m going to be contacting the UK government… to find out.’

Sources have said that no British people on the ship have tested positive for coronavirus so far.

There are no plans to fly anyone off the ship and back to the UK at the moment. 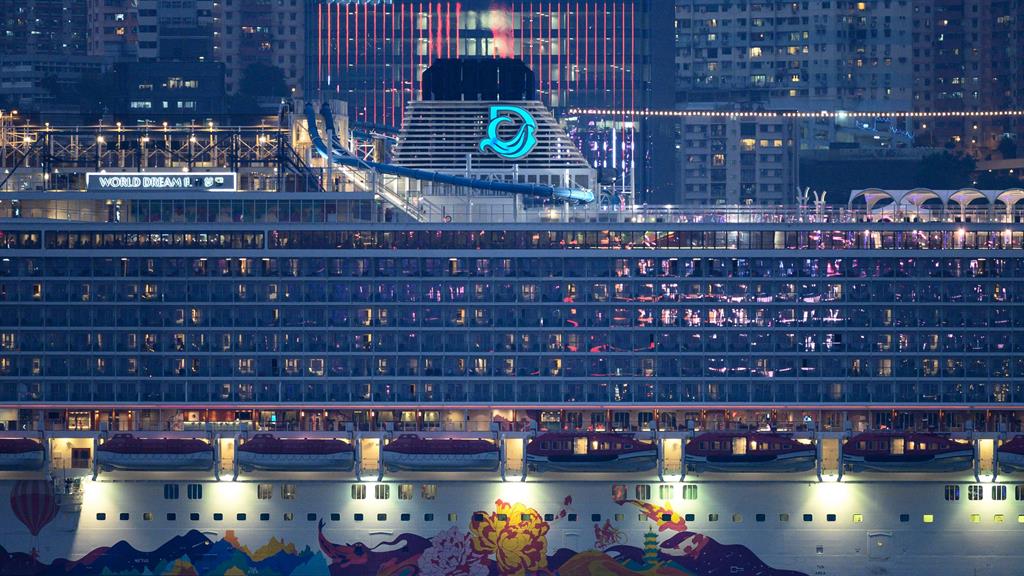 A separate ship in Hong Kong, the World Dream (above), has about 66 British passport-holders on board, officials said.

Nobody on that ship — of any nationality — has tested positive for the virus.

Metro understands that passengers are unable to leave the ship but are not in quarantine and can move around freely on board.

Meanwhile, the global death toll from coronavirus rose to 565 today, with the number of confirmed cases rising to 28,273. Some 260 cases have been recorded outside China.