THERESA MAY was clinging to office last night after Commons leader Andrea Leadsom dropped a bombshell by quitting over her handling of Brexit.

The resignation heaped pressure on the prime minister hours after Mrs May refused to meet Conservatives demanding she go immediately.

Tory MPs had reacted with fury to her Withdrawal Agreement Bill, which offered a vote on a second referendum.

In her resignation letter, Mrs Leadsom, a Brexiteer, said: ‘I cannot fulfil my duty as leader of the House, to announce a bill with new elements that I fundamentally oppose.’

Mrs May insisted she would not go on the eve of today’s EU elections and hopes to cling on until after her bill is voted on by MPs next month.

‘The sofa is up against the door,’ said former Tory leader Iain Duncan Smith: ‘She’s not leaving.’ Tory chief whip Julian Smith took two minutes to deliver her message of defiance to the backbench 1922 committee. Mrs May is due to hold a showdown with its chairman tomorrow. 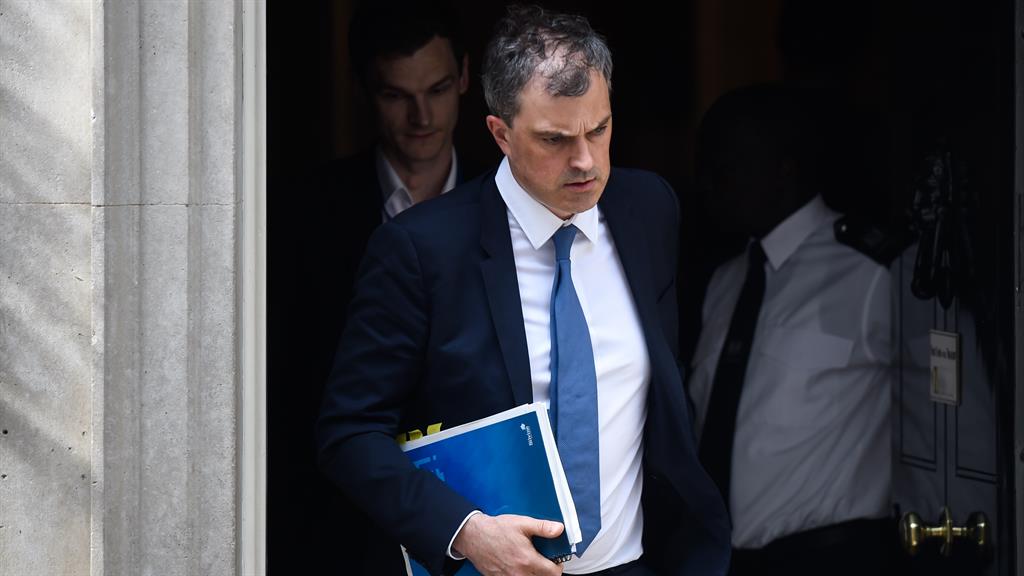 Earlier, she had refused requests for meetings from home secretary Sajid Javid, foreign secretary Jeremy Hunt and Scottish secretary David Mundell. They were said to be furious after claims she went over the heads of the cabinet to pledge a possible second referendum.

In her letter, Mrs Leadsom, the PM’s one-time rival for the Tory leadership, said: ‘I fully respect the integrity, resolution and determination that you have shown during your time as prime minister. No one has wanted you to succeed more than I have, but I do now urge you to make the right decisions in the interests of the country, this government and our party.’

She added: ‘I no longer believe that our approach will deliver on the referendum result.’

Earlier, few cabinet colleagues turned up to hear Mrs May urging the Commons to find a compromise.

As Tory leadership hopeful Boris Johnson watched from the sidelines, she told MPs: ‘In time, another prime minister will be standing at this despatch box.

‘But while I am here, I have a duty to be clear with the House about the facts. ‘If we are going to deliver Brexit in this parliament, we are going to have to pass a Withdrawal Agreement Bill.’

However, Mrs May was warned if the bill was defeated it would raise the risk of a no-deal Brexit or none at all.

Former minister Nicky Morgan told her: ‘The consequences of it not being passed are very serious. I ask her to reflect very seriously about this bill not being put to parliament in early June and being allowed time for more compromise.’

But former Tory minister, and now independent MP, Nick Boles, said: ‘I think there’s something rather magnificent about it. A “bloody difficult woman” to the bitter end.’

‘Sadly the hill is too high for the hiker,’ said the former Army officer. ‘It’s quite clear that we need to have a change of leadership as soon as possible.’

Amid feverish speculation, Downing Street was forced to deny Mrs May was about to announce her resignation — or withdraw her bill. But the 1992 committee, led by Sir Graham Brady, decided to give her another 36 hours at least — rather than risk the blame for more chaos as voters head to the polls.

Brexit hardliner Steve Baker said: ‘It’s very much going to depend on the result of the elections. People are rather impatient. But equally most colleagues appreciate this is a very difficult time on the (1922) executive.

‘This is after all the eve of poll in a national election.’

Labour chairman Ian Lavery said: ‘The PM’s authority is shot and her time is up.

‘While the Tories are ripping themselves apart, our country is in crisis.’