Alexandra Palace, London and then on tour ★★★★✩

THIS is the first proper production for 80 years in the restored 850-seater theatre at Ally Pally, once a booming people’s pleasure palace, now a triumph of renovated dilapidation. With the peeling original Victorian plaster artfully on display, it’s also a fitting backdrop of decay for Richard III, in which a country riven by civil war is finally brought almost to its knees.

This new theatre is an enormous space and needs a big show to fill it. It almost gets it, too, in this speedy, focused, modern retelling from Headlong which cleverly juxtaposes an intimate portrait of a psychopath’s mental breakdown with a strong sense of dynastic context. 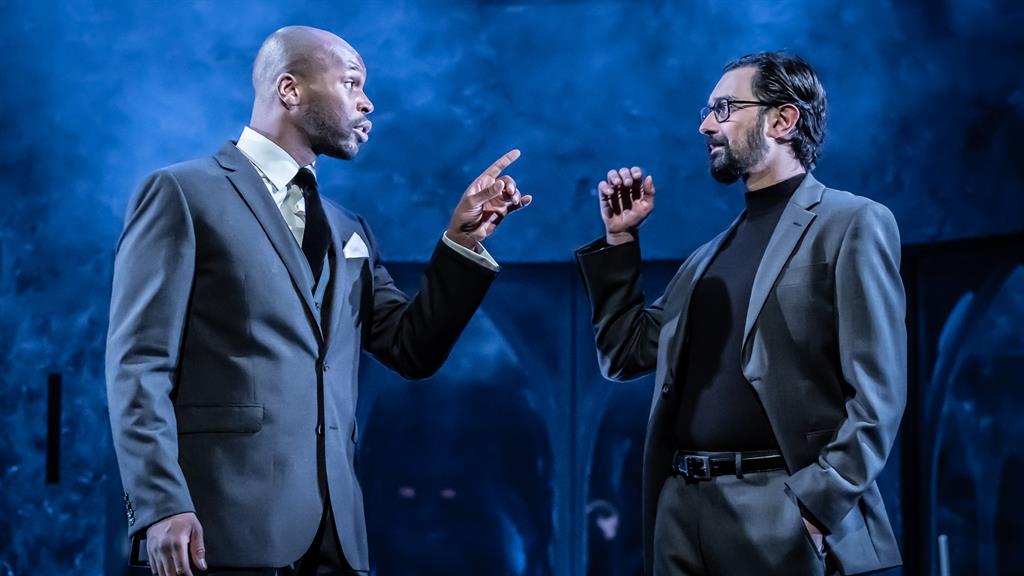 Tom Mothersdale’s Richard is grotesquely compelling, a twisted, spidery narcissist obsessed with his own contorted physiology and who is as much an insane, deluded child as he is manipulative monster. There is a strong sense of Stefan Adegbola’s Buckingham — slick and sinister — as the one pulling the strings while Richard clowns about, increasingly alone, in the grip of madness.

History, though, is inescapable here. John Haidar’s production begins with a speech from Henry VI, and the ghost of that monarch stalks the action, haunting Richard’s conscience and reminding us of his place in a larger historic narrative. The faces of family members, killed off in succession by Richard, tauntingly reappear in the mirrored doors framing a stage that cleverly comes to resemble a claustrophobic prison cell.

Blood red lighting and a propulsive soundtrack that wouldn’t be out of place on a TV Scandi noir keep the pulse racing.

Such an extraordinary, challenging new theatre space arguably demands more spectacle than is delivered here, but this sharp intelligent show certainly gets it off to a fine start.