WANT to understand how one of the biggest financial crashes in history happened? This play, about the family behind the banking behemoth Lehman Brothers won’t help you. But if you want a century-spanning human story that encapsulates the rise and fall of the American dream, this three-hour plus epic is well worth your time.

Ben Power’s English language adaptation of Stefano Massini’s European hit begins at the end. It is 2008, and Lehman Brothers, one of America’s biggest investment banks, has just gone bust.

But then this nimble juggernaut of a play, which is directed by 007 movie maestro Sam Mendes, spools back to 1844 and the day a German Jewish immigrant with one suitcase stepped off a ship and into New York. Played with finesse, humour and above all, humanity, by Simon Russell Beale, Henry Lehman is brimful of wonder and hope. 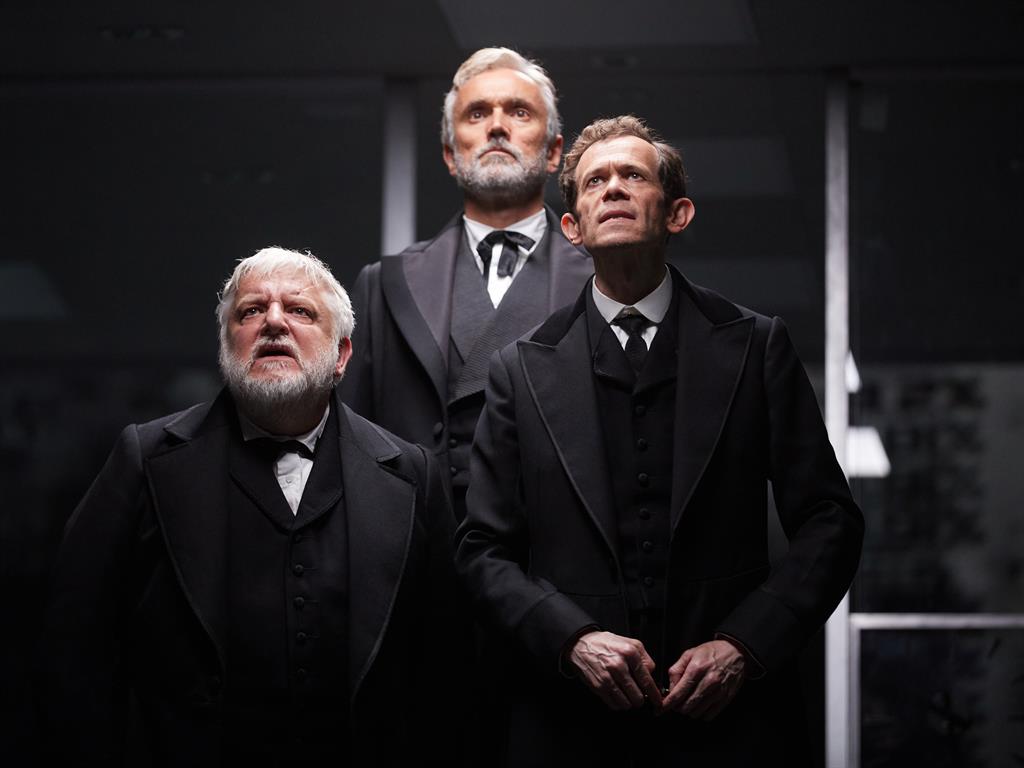 He sets up a clothing shop in Alabama, is later joined by his brothers — the bellicose Emanuel (Ben Miles) and the diplomatic Mayer (Adam Godley) — and they begin dealing in cotton, inventing a new role in business no one has heard of before. ‘We’re middlemen,’ explains Mayer.

Told directly to the audience like a reading of scripture, it’s a story that emphasises the extent to which these brothers are both devout and sceptical. It’s their outsider status and questioning nature, the play suggests, that allowed the three to see opportunities in America’s headlong rush towards modernity that others missed.

And in doing so, they lost — not money, but something of their humanity.