BETTER shows than this bland musical adaptation of the 1993 Meg Ryan and Tom Hanks romcom, starring Kimberley Walsh and Jay McGuiness as two lost souls in different American cities searching for ‘the one’, will grace our stages in the months to come… at least let’s hope so.

In the meantime, the virtues of this production, heroically put together for scant profit and under strict social distancing measures (including daily retch-inducing Covid tests for the cast) lie mostly in the fact it exists at all.

It’s both a gutsy display of fighting spirit and a valuable road map for an industry mired in the dark. 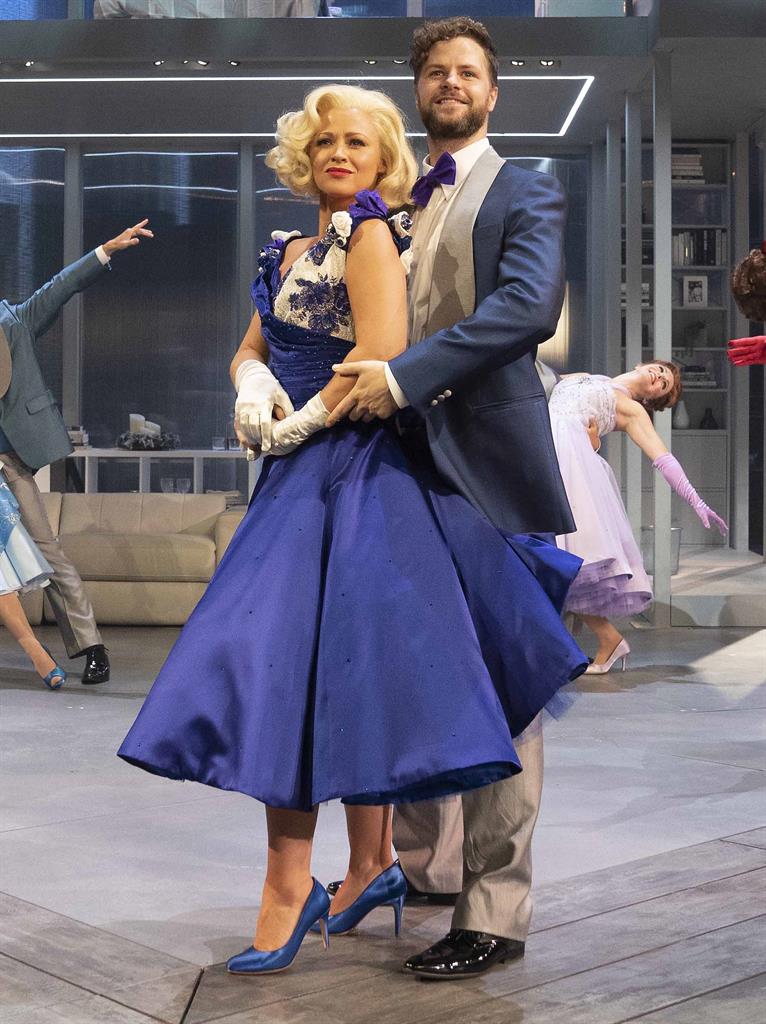 Still, Morgan Young’s production is far from brilliant. Against a set that uses architectural drawings to convey the story’s switching city backdrops, McGuiness and Walsh struggle to capture our hearts as Sam and Annie — he the widowed father of ten-year-old Jonah, who takes his dad’s moribund love life into his own hands, broadcasting his plight on a radio show call-in; she a journalist with a big-hearted faith in destiny and MGM-style romance.

It’s not all their fault — the supporting cast have the pick of the best songs, including Dear Sleepless, delivered with sass and vim by three women hoping to ensnare Sam; and Now or Never, which exploits, to the max, the comic double act between Jobe Hart’s kinetic Jonah and his dad’s best mate Rob (a nicely raddled Cory English).

Walsh, in particular, lacks the eccentric effervescence needed to make the audience fall in love with Annie — while Young’s show is efficient and static where it needs to be bubbly and buoyant. It’s terrific to see a fully mounted show back on stage, but I wish a musical about romantic dreams came with a bit more enchantment.