TIME has caught up with Joe Penhall’s 2018 dark comedy, starring Ben Chaplin as an ageing, fabulously self-absorbed music mogul. Chaplin’s Bernard has just won an Ivor Novello award on the back of an album featuring an emerging Irish singer-songwriter named Cat (Seána Kerslake). Problem is, Cat is insisting she wrote most of the songs. There’s also the mucky little business of the pair’s recent US tour, which Cat, who has never got over the death of her dad, spent much of so catatonic on drugs she had to be carried unconscious onto planes between gigs. Her lawyer is delighted by this: he thinks an accusation of kidnapping is exactly the leverage she needs to extract the creative credit she wants. 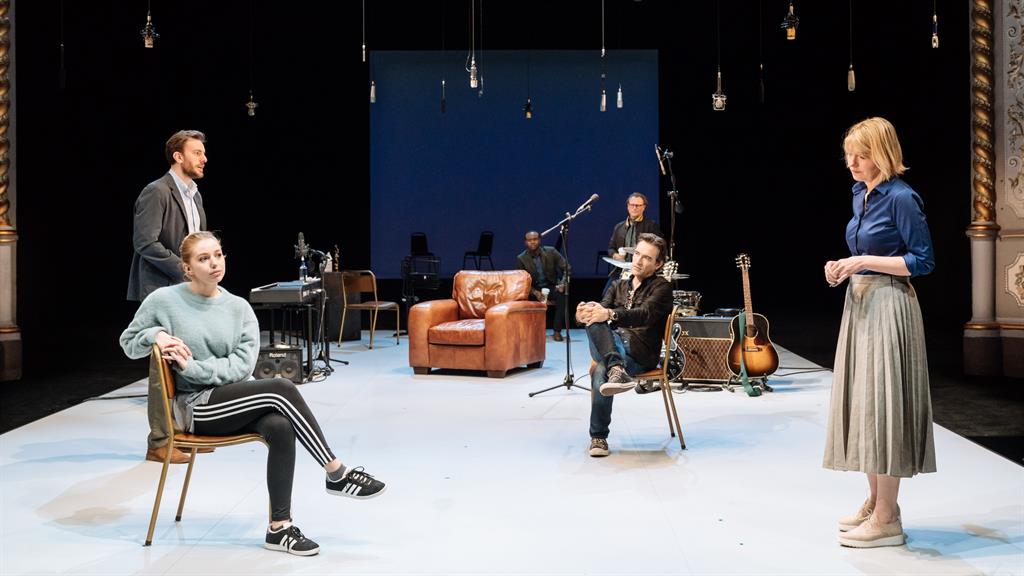 It’s not where the truth lies but the power that’s the point of interest in Penhall’s caustic play, which in Roger Michell’s production cleverly splices simultaneous conversations between Bernard and Cat and their respective lawyers and therapists across two tense and slithery hours. Chaplin is in his element as Bernard — a monstrous little ego dripping in smarmy, arsey charm who has no understanding of other people’s emotional lives, including his ex-wife; it’s telling he believes the best songs are not about emotion but detachment.

Every time he opens his mouth you listen aghast and mesmerised. Yet Penhall’s nuanced exploration of gender power imbalances and the more ambiguous landscape of violation and abuse in truth throws up little we are not now very familiar with. It’s also curious that a play about female agency and authenticity within the music business should both under-characterise its female lead and contain scarcely any music.