THE Donmar’s outgoing director Josie Rourke conceived of her #MeToo version of Shakespeare’s trickiest play long before the Brett Kavanaugh case, which only goes to show how on-the-money this radical new imagining is.

Measure For Measure concerns the devoutly chaste Isabella, forced to exchange her virginity for the life of her adored brother, Claudio, who has been sentenced to death for sleeping around in the newly morally censorious Vienna under its temporary leader, Angelo.

‘Who will believe thee, Isabella?’ says Angelo when she threatens to go public with the abusive trap he has forced her into. Who, in the era of Dr Christine Blasey Ford, indeed? 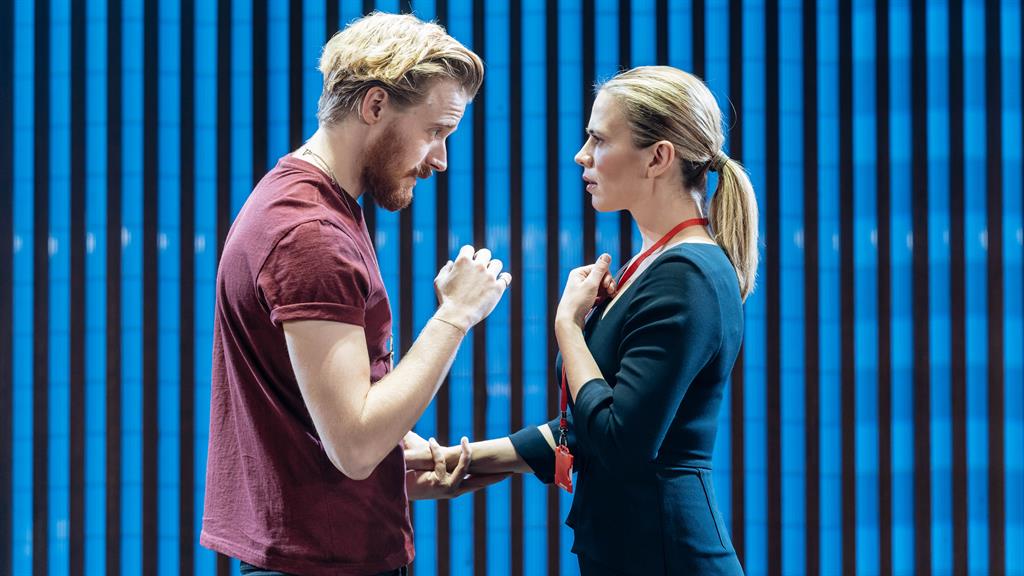 Round two we’re in 2018 but with the key roles reversed. It’s Isabella — Atwell again, now in bodycon and heels — who is vengefully in charge, with Angelo cast as the pious acolyte of a celibate Christian sect.

Rourke glosses over several jarring plot implausibilities to force through her contemporary version but it’s worth it for the questions it raises — namely the extent to which power is gendered, and whether Isabella in 2018 is equivalent in power to Angelo in 1604.

On the latter, I’d argue not at all: Jacobean Angelo isn’t slut-shamed in court the way modern Isabella is; a woman in 2018 can still be regarded as chattel in marriage in a way a man in 1604 can not; modern Isabella still comes across as a brutalised victim of inherited and inherently male power structures.

And yet Isabella is just as much a sexual abuser as Angelo. Thrilling stuff…