IT DOESN’T take long to work out how this tragic comedy by the absurdist playwright Ionesco will end. King Bérenger, a 400-year-old despot, is told early on by his first wife Queen Marguerite that he has only 68 minutes left to live.

That’s basically it in terms of plot and the rest of the show is pretty much pure performance: precisely what we get from Rhys Ifans, as the king, who makes every one of those 68 minutes count.

It’s a monumental performance: at once camp, pitiful and monstrous. 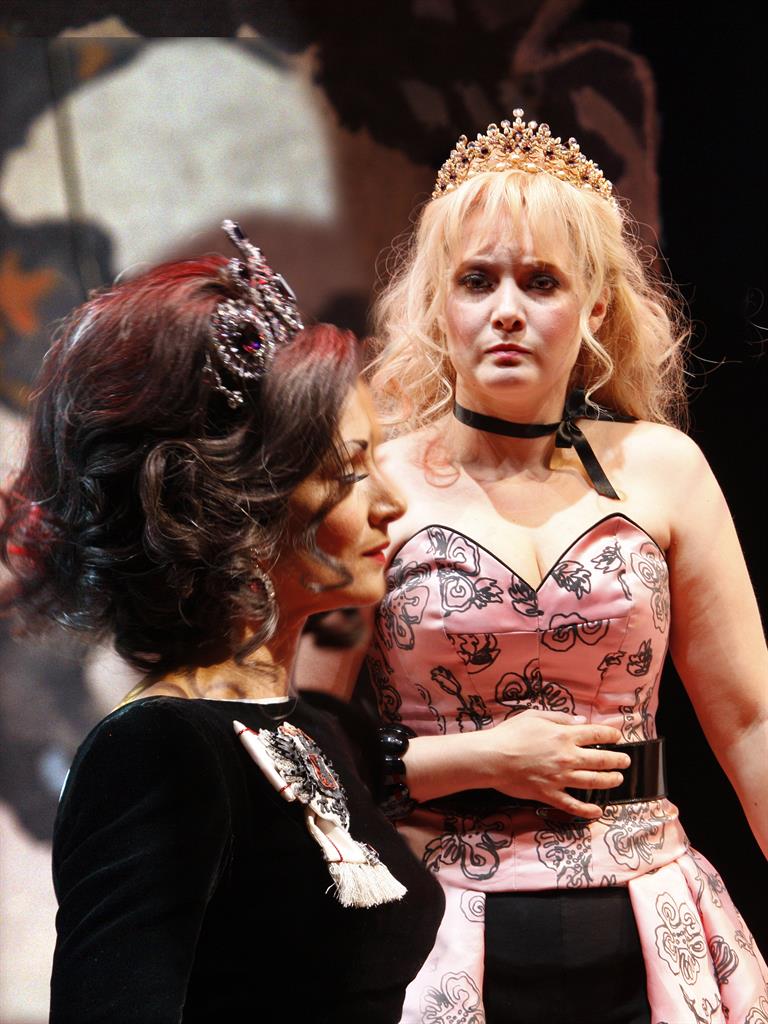 Patrick Marber’s production of his own, sinuously witty adaptation plugs into a European fun-house gothic, with jack-in-the-box-style windows in the stone wall of set designer Anthony Ward’s disintegrating castle.

Bérenger, whose kingdom is collapsing along with him, spends his last moments surrounded by two warring wives, a farcically inept doctor, a general and Debra Gillett’s excellent, decrepit, cobwebbed nurse. The countdown to his death allows for much comical, existential and topical musing on power, egoism and mortality, with Ifans raging against the dying of the light.

Indira Varma’s fabulously snarky Marguerite gains a mite too much pleasure from his misery, while the dimwit second wife Queen Marie — played by Amy Morgan in leggings and pink taffeta — uselessly trills platitudes.

Yet for a play about the slow death of the chief protagonist, it will leave you stubbornly unmoved. Our perceptions of the king are repeatedly frustrated: is he a dictator, an omniscient creator or just an ordinary man weeping over his cat?

The concluding segment is visually astonishing, but underlines the heavily gestural quality of both the play and the production. Despite Ifans, this felt like a long evening.