Available for free until Friday on nationaltheatre.org.uk ★★★★✩

‘YOU’VE meddled with the natural order and led us into chaos.’ No, not a comment on our disastrous 21st century interference with fragile ecosystems — but Naomie Harris confronting her fiancé, Victor, in Danny Boyle’s sell-out 2011 production of Frankenstein at the National Theatre.

It’s an absolute sucker punch of a show, starring Benedict Cumberbatch and Jonny Lee Miller at the top of their games in alternate roles as the scientist with a God complex and his piteously lonely creation.

And it begins with what is surely one of the most exhilarating opening 15 minutes in theatre, as the Creature, bathed in a softly pulsing uterine light, bursts forth from a membrane sac and, in a clumsily beautiful, slow-motion dance, shudders into life. 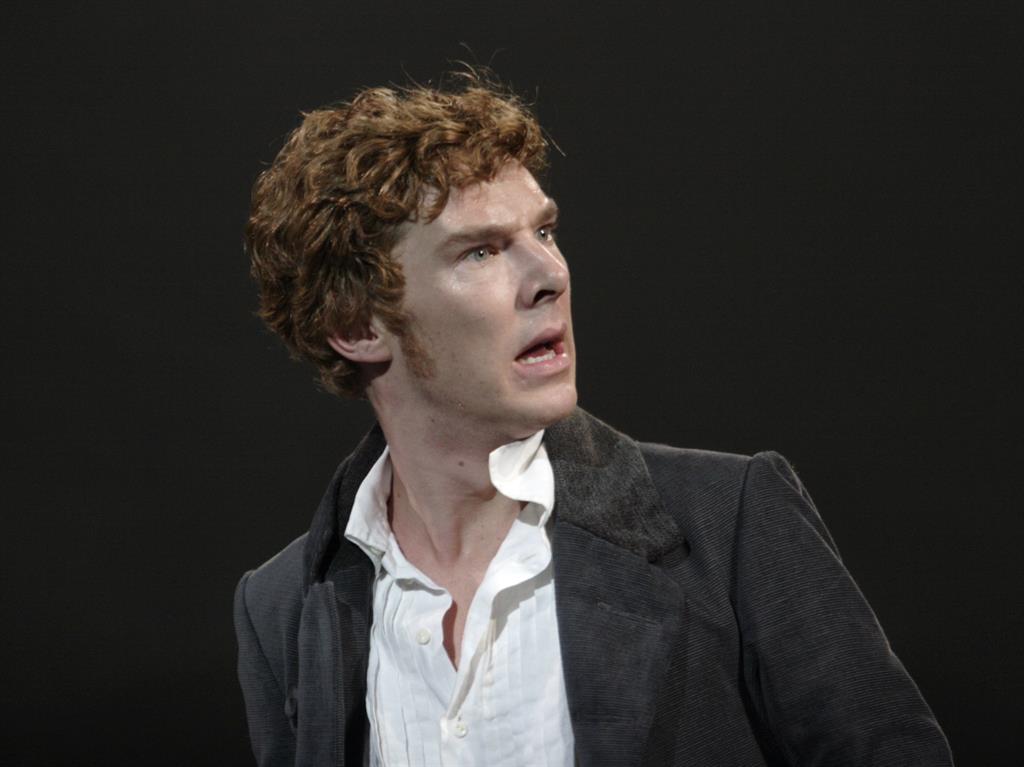 Boyle and his writer Nick Dear place the Creature at the heart of their stripped back (and heavily diluted) version of Mary Shelley’s gothic novel.

In a rhapsodic early scene, we watch him hear music for the first time, and later taste kindness and knowledge, at the hands of a blind old man. But, shunned by civilisation, he also learns what it means to be hunted and whipped — fomenting a ferocious desire for vengeance that propels the action to its desolate conclusion.

Boyle’s cinematic production, with a soundtrack by Underworld, prefigured his spectacular Olympics Opening Ceremony a year later with its steampunk sets, agile use of visual metaphor and an almost magical feel for the transcendent.

It doesn’t, however, sit so easily on screen — the narrative is too compressed and each scene feels clumsily stitched together.

But it offers a rare chance to see Lee Miller and Cumberbatch on stage. The naturally pugilistic Lee Miller imbues his creature with the more pungent pathos and menace; Cumberbatch gives the more detailed performance as the cerebral, hubristic loner Victor.

And the shortcomings of Dear’s uninteresting script are concealed by the sheer drama surrounding it — in a show whose final scene combines humanity and savagery, ambition and existential loneliness in a single duelling embrace.