RAFE SPALL deserves every acting accolade going for this spit-speckled, sweat-soaked, testosterone-powered performance in Clint Dyer and Roy Williams’s monologue about the hollow myths of Englishness.

On an elevated stage in the shape of the red St George’s Cross, he snorts coke, knocks back vodka and gives it a lot of that as he delivers a running stream of anecdotes about his family and upbringing. 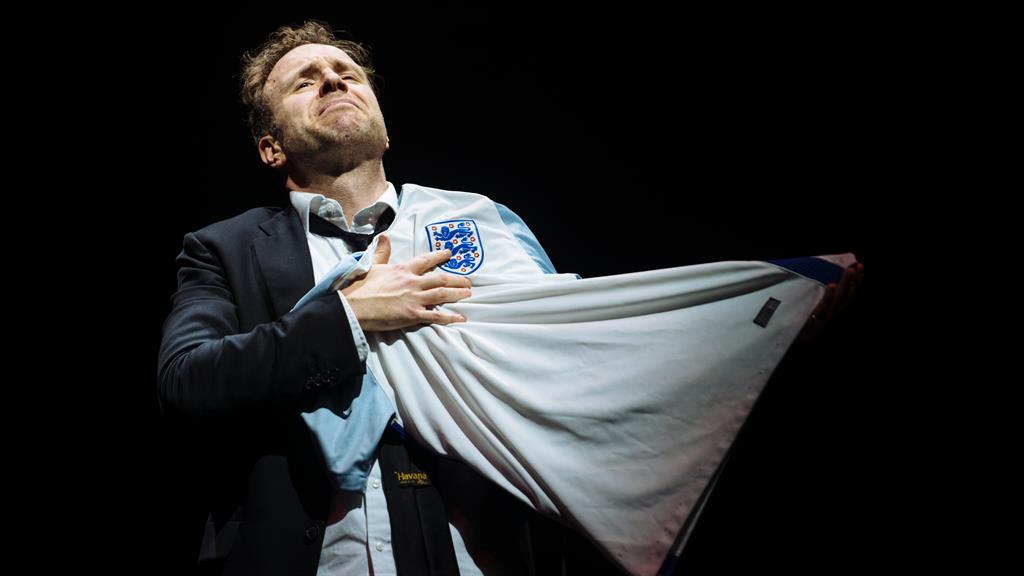 He mixes brawny charisma with spouts of undigested fury and, at times, bursts into tears.

Dyer (who also directs) and Williams are black; Rafe and his character are white. And there is something undeniably cheering about a play that argues for racism, masculinity and Englishness as a story that belongs to all of us rather than as issues that affect us. Michael contains many contradictions — he voted Remain but felt unable to admit so to his boorishly racist dad; he is horrified by some of his dad’s opinions but once called his black best friend’s mum a black b****; he’s full of pumped-up chippy bravado but has no idea, at heart, who he is.

Both Spall’s performance, which uses elements of stand-up, and Dyer’s immersive production cleverly tap into the collective power of the crowd.

They do so in ways that illuminate both its positive strength and, as in the way of a football terrace, its inherent problems, too.

A scene late on, in which Michael discovers a private life his father kept hidden from his family, jars. But if the story’s coordinates don’t always feel quite right, the general direction of travel does.

This is a terrific piece of work that pierces the ugly, Brexit-amplified confusion over who we are as people and as a nation — in a language that always rings true.