WHEN Donald Trump denounced in 2018 the American press as enemies of the people, he might have had some vague notion the phrase originated with Shakespeare — but you could bet a bottom dollar or two he didn’t know it comes from Coriolanus and what, in that play, the phrase really means.

Shakespeare’s war-garlanded Roman consul is denounced as an enemy by a Roman citizen for believing in his right to rule over listening to what the people think — and is eventually forced from Rome. I somehow doubt White House aides are rushing to make sure the president catches Josie Rourke’s 2013 Donmar revival of this lesser performed Shakespeare play, which hit YouTube in the same week that Trump threatened to deploy the military against those out on the streets.

Of course, most people will be watching this production for Tom Hiddleston (pictured top), who strains every one of his Hollywood blockbuster sinews as the power-hungry soldier who addresses his supporters dripping in enemy blood but can’t bring himself to look at the Roman plebiscite in the eye. 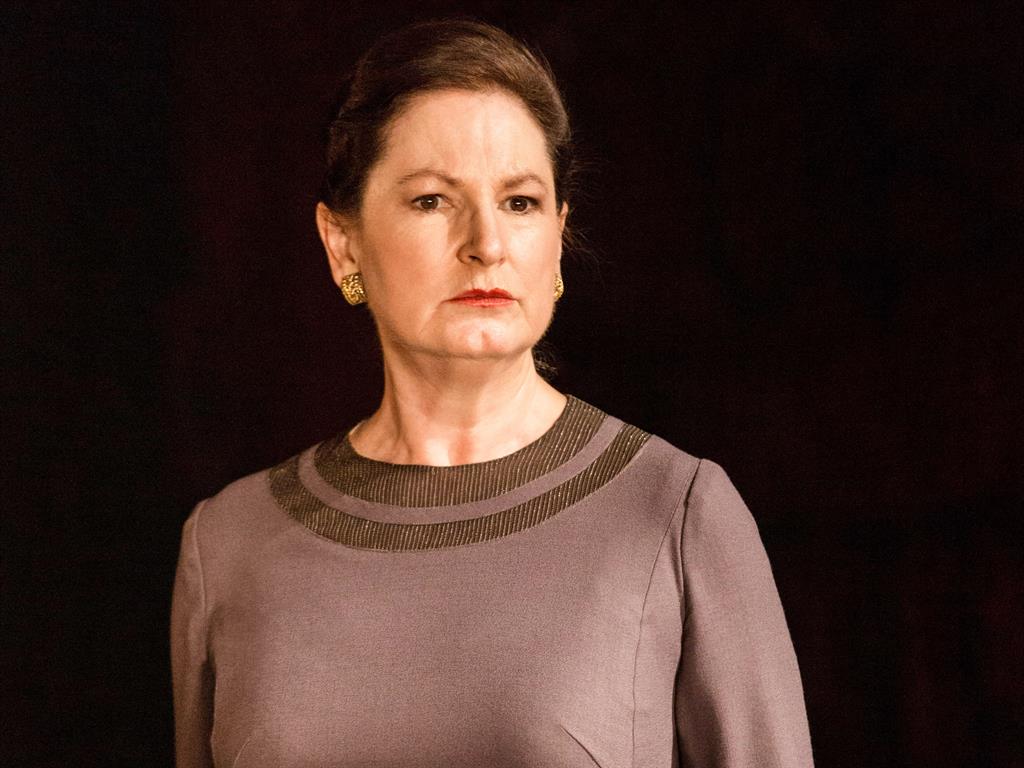 In a play not known for its interior drama, Hiddleston is mesmeric as a vainglorious warrior dysfunctionally in thrall to his cosseting mother (a marvellous Deborah Findlay, above), who confuses past achievements for absolute entitlement and who is ultimately sabotaged by his pathological refusal to change course.

There is super work, too, from Mark Gatiss as the charismatic patrician Menenius, from

Birgitte Hjort Sorenson as Coriolanus’s wife Virgilia, trapped in a spiky rivalry with her mother in law, and from Elliot Levey as a slippery, manipulative tribune. Rourke’s slick production, soaked in the urban language of modern street protests, moves at a lick without compromising on clarity to depict in this ancient power struggle multiple stories of our times.

■ Available on nationaltheatre.org.uk until Jun 11