And it remains at the centre of Nicholas Hytner’s immersive approach, which unleashes an exuberant burlesque spectacle of genderqueer transformation and desire, in what could be the most joyously affirmative Shakespeare production I’ve ever seen.

The play, which uses the same promenade staging as Hytner’s hit production of Julius Caesar, starts with a reminder of the brutal sexual politics framing the plot. Oliver Chris’s patrician Theseus parades his wife of a coerced marriage — the icily stately Hippolyta, played by Gwendoline Christie, who also plays the fairy queen Titania — in a glass box through a puritanical Athens that appears to have modelled its female dress code on the Amish. 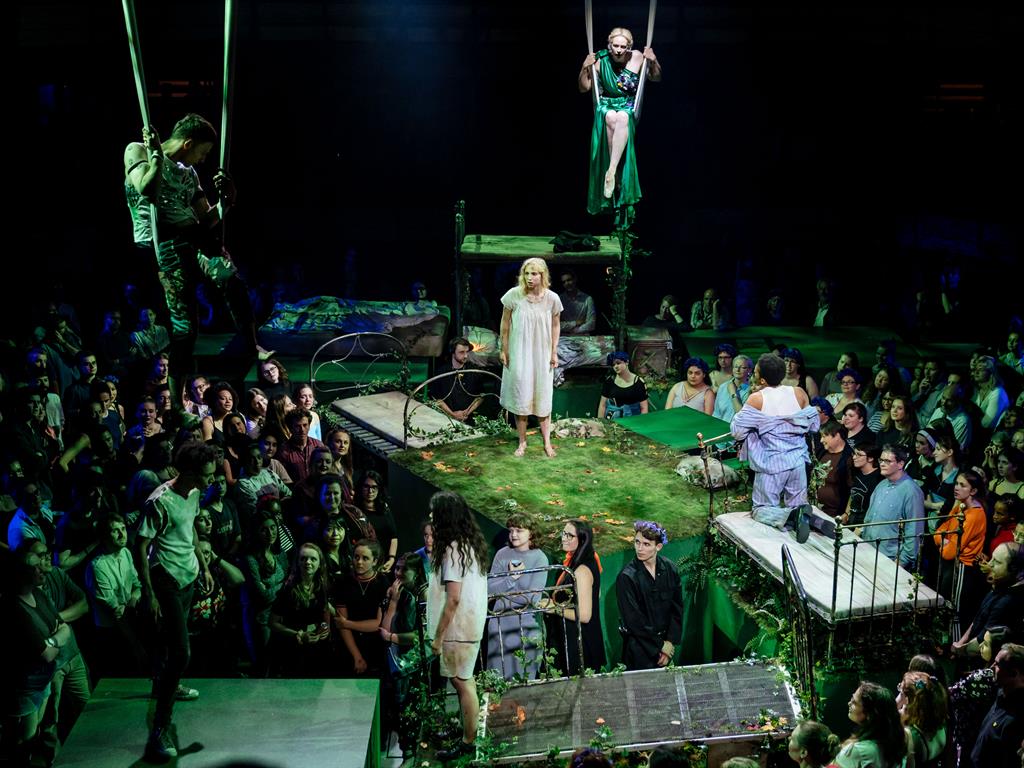 Soon, however, we are whisked into the forest — a feverish, disco dream space of sensual possibility. Acrobatic fairies seductively twist from suspended ropes, David Moorst’s childlike hooligan Puck administers liberating magic potions and, amid the shadows, much of the audience also dwells (don’t even think about getting a seated ticket). It would be a shame to reveal the trick Hytner pulls on the plot, but it’s one that illuminates the abusive power dynamic at the centre of a comedy steeped in images of male sexual violence, and stays entirely true to its radical spirit.

And, my goodness, is the whole thing extremely funny — thanks in no small part to the inclusion of quite a few lines (but perhaps a mite too many?) that Shakespeare never wrote, plus some general improv mayhem.

There are several Midsummers out there this summer. But this one, fabulously performed and inclusive to its marrow, is surely the one to see.