FRANZ LEHÁR’S ultra-tuneful 1905 operetta deals with a flailing small country on the verge of disaster (cue predictable Brexit jokes). If its richest citizen — Hanna, the young widow of the title —does not marry a fellow countryman, the country will lose her fortune and go bankrupt. Her former flame Count Danilo is given the job of winning her hand, and after the usual operetta-ish mix of false pride and romantic misunderstandings, true love wins through. 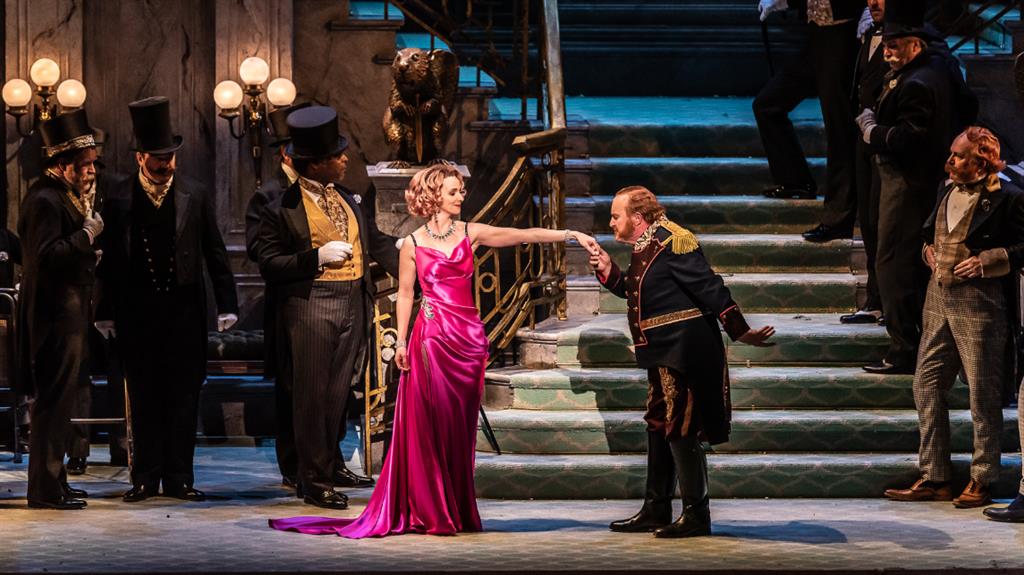 An updated book (April de Angelis) and lyrics (Richard ‘Jerry Springer’ Thomas) do their best to inject some feminist irony into the tale: the two best scenes show spangled nightclub grisettes revealing how bored and cynical they are, and a group of men who shore up their fragile self-esteem with an amusing, gross-out urinating contest.

Elsewhere the laughs are in short supply. Director Max Webster encourages the broadest of acting styles throughout — jokes shouted, gestures telegraphed, emotions fog-horned — and the humour never really takes off. But Ben Stones’ stylized Art Nouveau sets look pretty, and the singing is mostly great. Sarah Tynan sounds gorgeous as Hanna, and Nathan Gunn injects world-class vocal glamour into the role of Danilo. Rhian Lois makes her mark too on the secondary role of Valencienne. Though sometimes a shade inflexible and hard-driven, conductor Kristiina Poska draws some sumptuous sounds from the ENO orchestra.