IT’S quite an experience entering the inner sanctum of designer Sera Hersham-Loftus. This is her live/work/life space and it’s a hive of artistic activity.

She recently threw a flamboyant birthday party here for one of her creative pals. And plans are now afoot for Paloma Faith to pop over to shoot her latest video.

It’s the place where the rich and famous come for interiors inspiration. She likes to keep tight-lipped about her high-profile clientele, but Kate Moss, Yoko Ono and Lizzie Jagger are fans. And you need only to take a look around to see why.

For Sera doesn’t simply decorate — she dresses her home, from tip to toe. The curtains she has designed from antique lace, called ‘house gowns’, are draped around her sleeping space, and adorn the impressive floor-to- ceiling windows.

She makes lampshades from vintage velvet and satin, with period beads that are fitted to the lamps like bejewelled corsets.

Even her cushions, created from the remnants of beautiful, old bedspreads, have the lofty look of art deco headpieces. 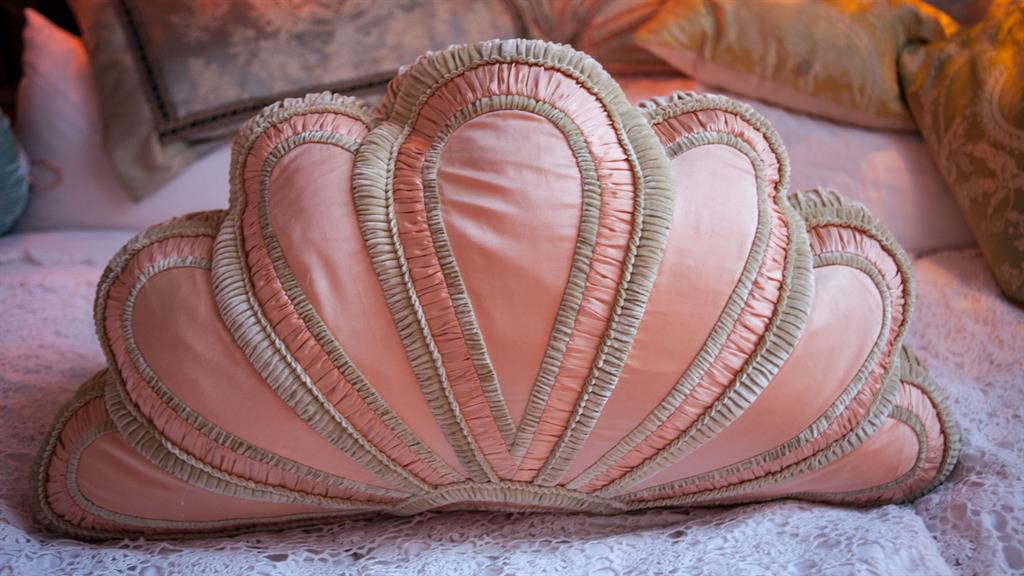 This is the best-dressed pad in London and almost everything in the apartment has been recycled, reclaimed or reinvented. This is seriously stylish sustainability.

‘Everything in my house is repurposed from a flea market, a reclamation yard, or is a find from my travels,’ says mum-of-three Sera, 55.

‘I’ve never been interested in new things, either to wear myself or to dress my home. I like to breathe new life into beautiful things that have already lived and have a story to tell.’

And when she says everything in her house is repurposed, she means everything. Even the floorboards were a salvage find, from an old house in Amsterdam.

‘I was doing up a house for a client and came across this amazing building next door that was for sale. I didn’t buy the house, but I did buy all the floorboards and the beautiful wooden wall panelling, and brought it back to the UK in an old lorry. I had absolutely no idea what I was going to do with it. But I knew I would make it work somewhere.

‘That’s what I do. I collect things then I put them all together — that is my skill. I’m a curator of beautiful things.’

Sera had the panels seamlessly screwed onto the walls in the lounge of her apartment and the boards were laid throughout the open-plan space. She also installed a stone-built period fireplace she acquired in France, and two pairs of vintage shutters.

It’s hard to believe that when she moved here four years ago, that this Victorian first floor flat was devoid of any character.

‘I bought it from a friend who was in a band, and had been living here for 25 years (Mark Moore from S’Express). All the features had been stripped out. Once upon a time, this whole floor would have been the reception room of a very grand house and I wanted to restore it to its former glory.’

Sera installed old door frames and architraving found in salvage yards, but instead of adding doors, she fitted huge floor-to-ceiling mirrors instead.

‘I don’t like doors — they prevent the flow of the space. So I added mirrors to create the illusion of another room, and fill the space with light that bounces off the walls. I use my house gowns as room divides, and they also make great cupboard doors.’

Sera prides herself that everything in her home has a use. ‘I hate affectation. I know everything looks really theatrical, but nothing is for effect — everything has a purpose and works, and I use it all. 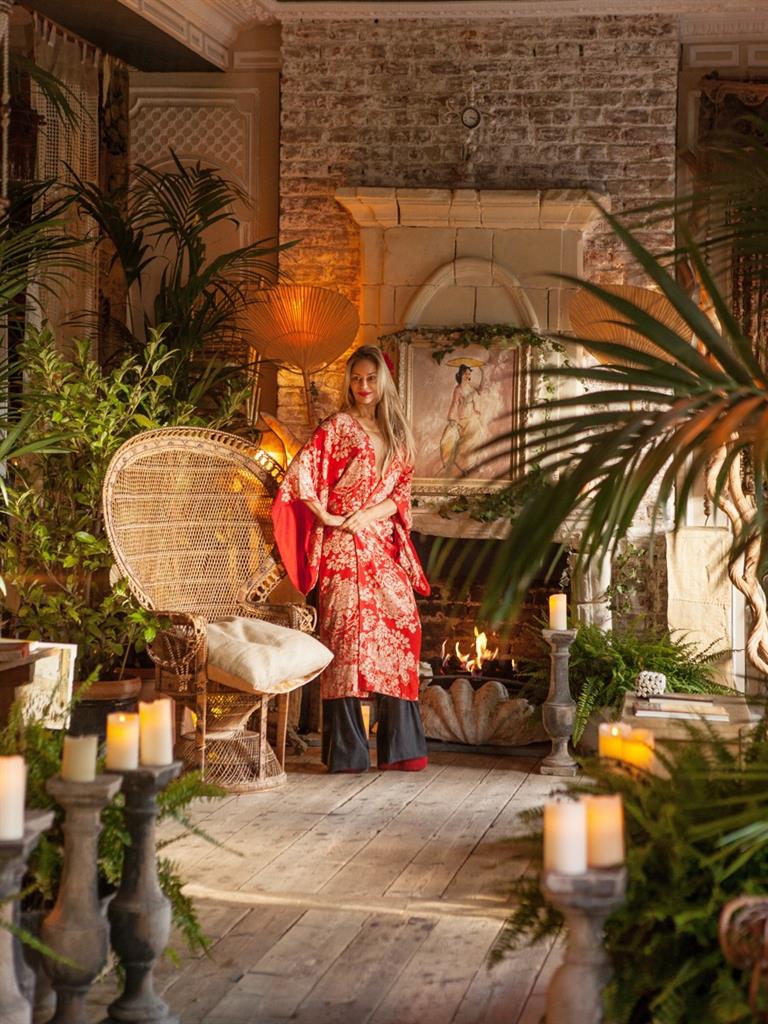 ‘I use old trunks instead of coffee tables, as they make for good storage. Nothing is here purely for the aesthetic. It has to be functional to earn its place.

‘I bought some beautiful, old window shutters from an antique market, then I put them up at the kitchen window and built shelves behind them, so they could double as cupboard doors when they are open. That now serves as my multi-functional food larder!’

Sera’s love affair with props started when she worked for Sadler’s Wells as a set designer, and her job took her to salvage yards all over London.

The huge glitter ball was a vintage find, and is apparently an original from Studio 54.

‘Each tiny mirror is handmade, that’s why it’s so beautiful. The Emmanuel chairs I found in Islington and I like to think they are the originals from the film [Emmanuelle made in 1974].

‘The style is having a moment again — but they don’t make them like this anymore.

‘Most of my paintings belonged to my father — he was an art dealer and had his own private collection, which he left to me when he died.’ And then there’s her magical indoor garden. ‘I cannot live without plants. A home is a dead space without living plants. I backlight them with amber- coloured lamps at night, and it feels like you are in a tropical garden. Just add an open fire, and candlelight!

‘All the high ceilings are painted black because black grounds everything. It is a very misunderstood colour.’

The black enamel kitchen was inspired by a 1940s brass-topped console table Sera bought at a Paris flea market.

‘I got a craftsman to copy it with reclaimed materials to make it look like a whole kitchen unit.’ Even the sinks, loos and all the taps are period finds.

The shell fireplace in the kitchen below was created by Sera and her now three grown-up children, many years ago. ‘We made it from beautiful shells we collected on the beach and we stuck them onto MDF. It unscrews easily from the wall, so travels with us whenever we move.’

Sera’s big break as a designer came after making her first collection of vintage lampshades during the 1990s Britpop era.

She says: ‘Vogue magazine featured them and Patsy Kensit and Liam Gallagher, who’d just got married, bought the whole collection. Suddenly, I was in the lampshade business.’

Then came the cushions. The house gowns were launched last Christmas on Instagram and went viral within days. Now, she is showcasing the works of other new designers in her home. ‘I don’t see myself as an interior decorator,’ she says. ‘It’s more of an artform for me and my home is simply a canvas. It never stays the same for long. Like me and my work, it is constantly evolving.’ 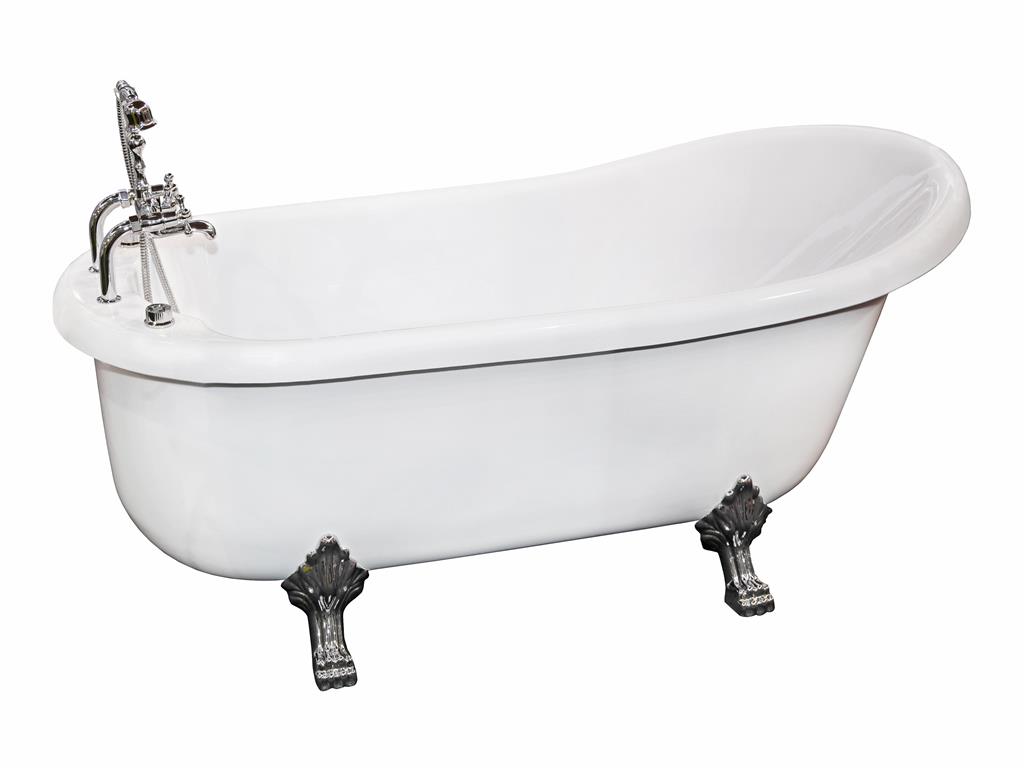 Get lost in time among this fabulous array of dramatic salvage. Once you’ve wandered among the grand period fireplaces and fabulous vintage baths, grab some great food beside a roaring fire in the adjoining, fully licensed coaching inn. London Road, Milton Common, OX9 2JN, lassco.co.uk 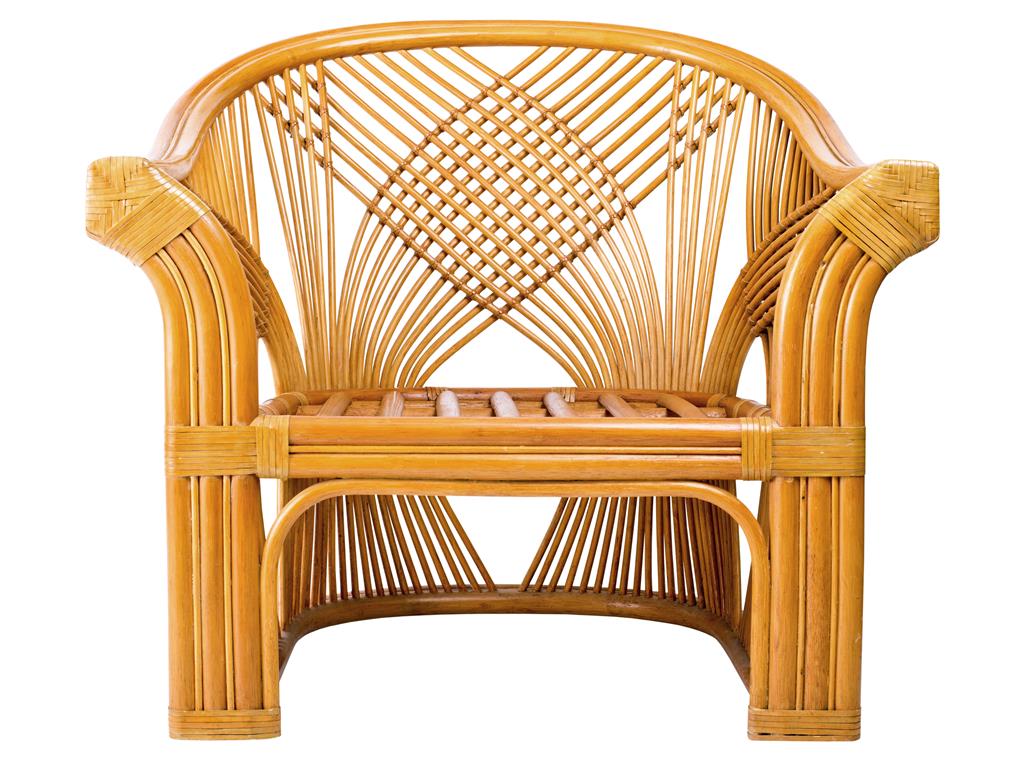 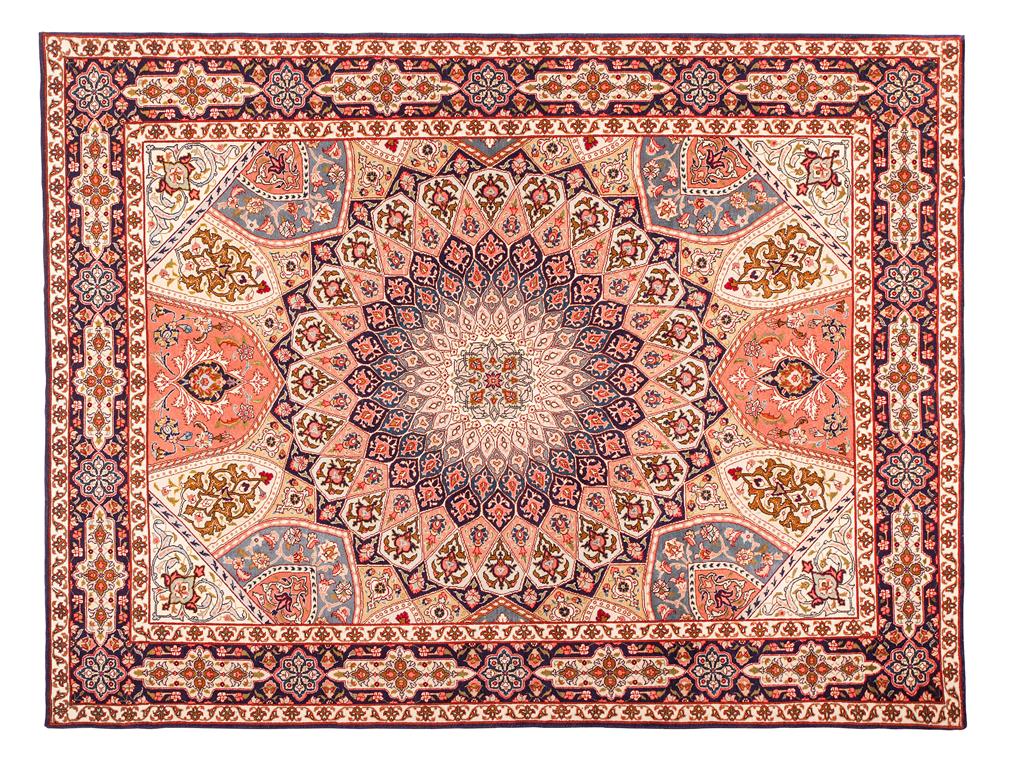 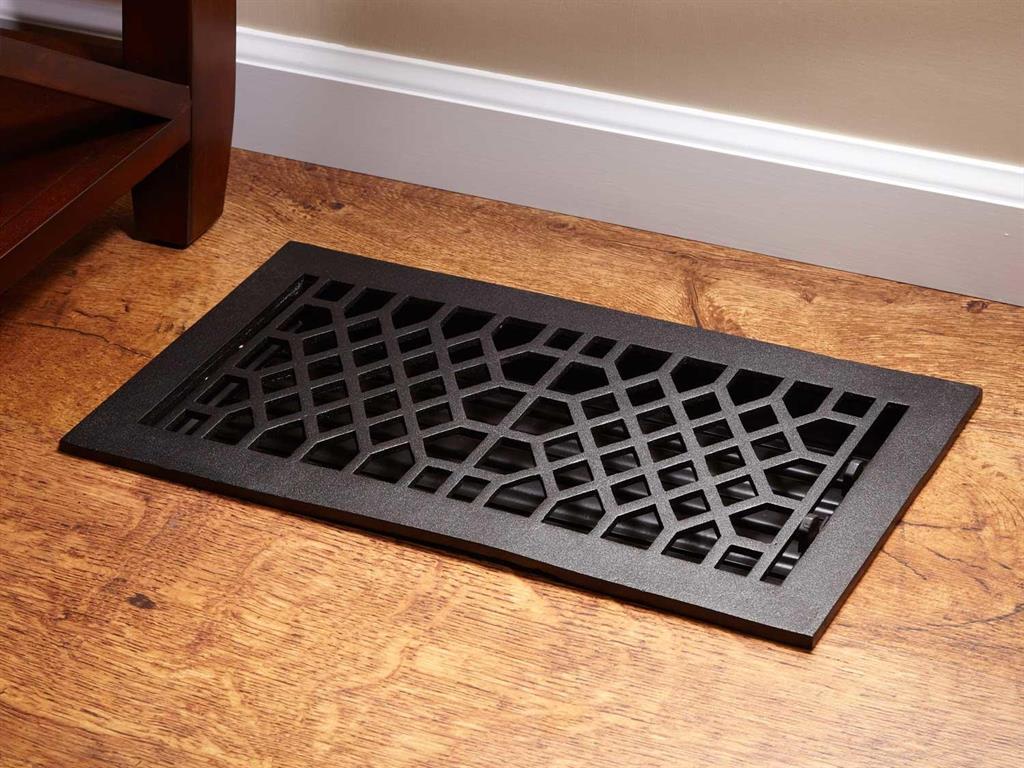 All the stuff you always wanted and the stuff you never knew you needed. This five-and-a-half-acre yard is a family-run business and one of the largest sources of architectural antiques in the UK. It specialises in reclaimed building materials like slate flooring, and quirky items like this cast-iron air vent. Coxley, Wells, BA5 1RG, wellsreclamation.com 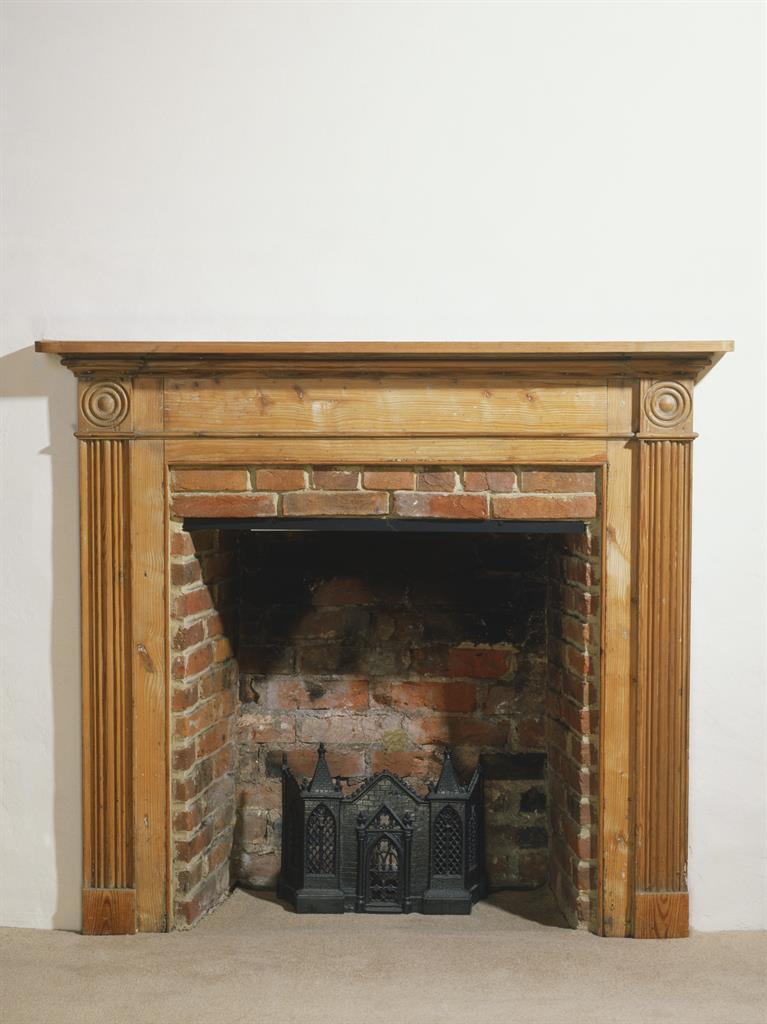 With a dizzying database of 5,000 doors, plus antique radiators, fireplaces and sinks, this impressive salvage yard has been supplying the building trade, garden landscapers and the private sector for 30 years. West Lymden Farm, TN5 7EF, authentic-reclamation.co.uk